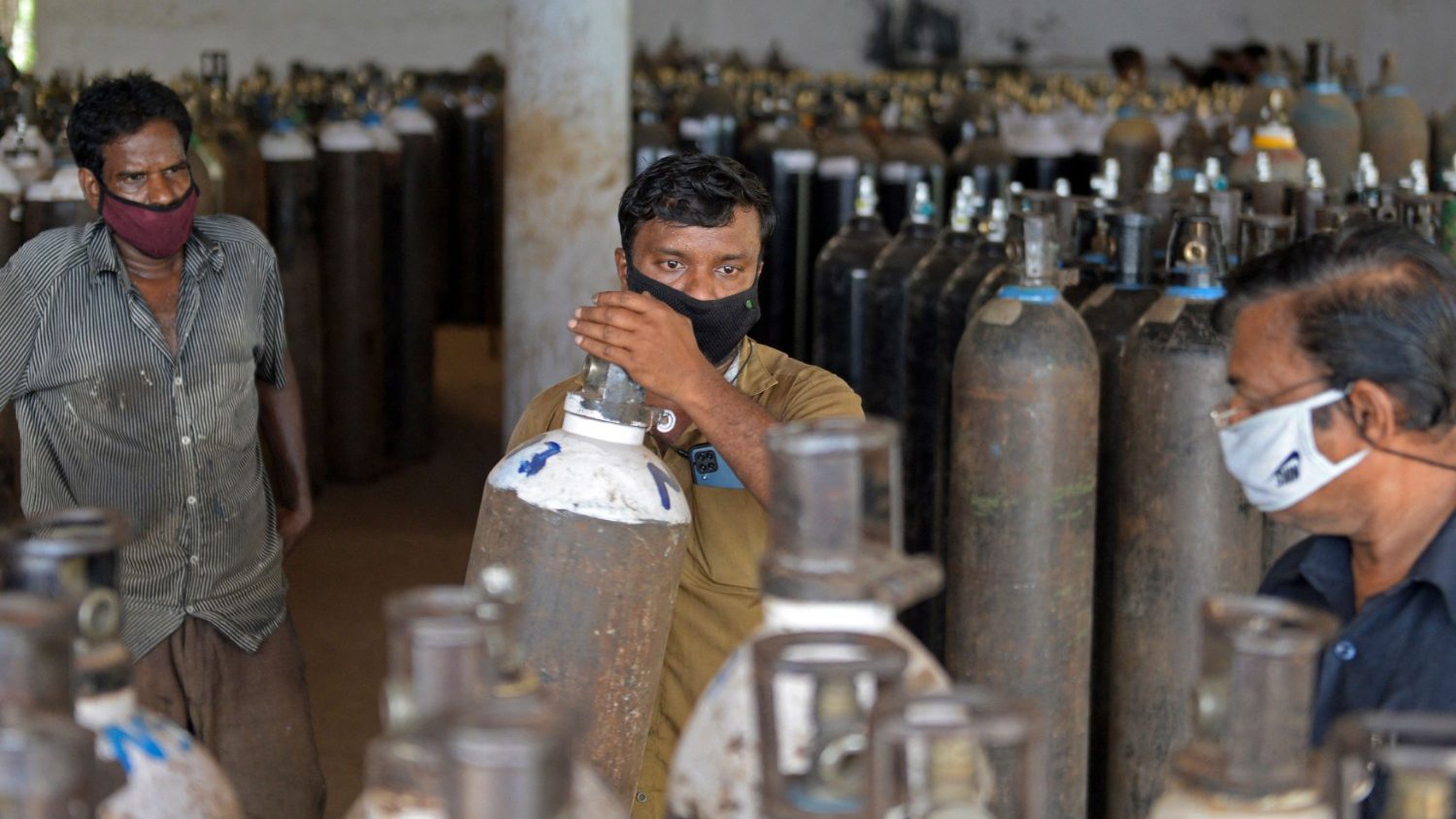 Another grim world record was set by India on Saturday as Coronavirus infections rose by 346,786.

The country is in a crippling second wave of the pandemic, and for a third consecutive day the number of cases has soared.

The lack of medical oxygen continues to be a serious problem, especially in the capital New Delhi and worst-hit areas like Maharashtra in the west of the country.

Hospitals in these areas are also reporting a lack of empty beds.

Making the headlines in an Indian newspaper was the story of how at least 20 COVID-19 patients had died overnight due to low oxygen pressure.

With the situation at crisis point, hospitals are turning to social media to plead with authorities to boost supplies.

At a conference on Friday, Delhi’s Chief Minister appealed to Prime Minister Narendra Modi for oxygen to avert a tragedy in hospitals.

Health experts argue that India became complacent in the winter, when new cases were running at about 10,000 a day and seemed to be under control, lifting restrictions that allowed for the resumption of big gatherings.

Others have also blamed a dangerous variant of the virus for the increase in infections.

Apart from hard hit area such as New Delhi and Maharashtra, other parts of the country are feeling the pressure with hospitals in Jaipur and Amritsar appealing for more oxygen.

With the situation at crisis point, grieving families are being asked to wait to bury their dead as crematoriums across Delhi become full up.

As this health crisis continues in India, the numbers speak for themselves: This country of around 1.3 billion has now recorded a total of 16.6 million cases, including 189,544 deaths.