Council of Cardinals reflects on life of Church in pandemic 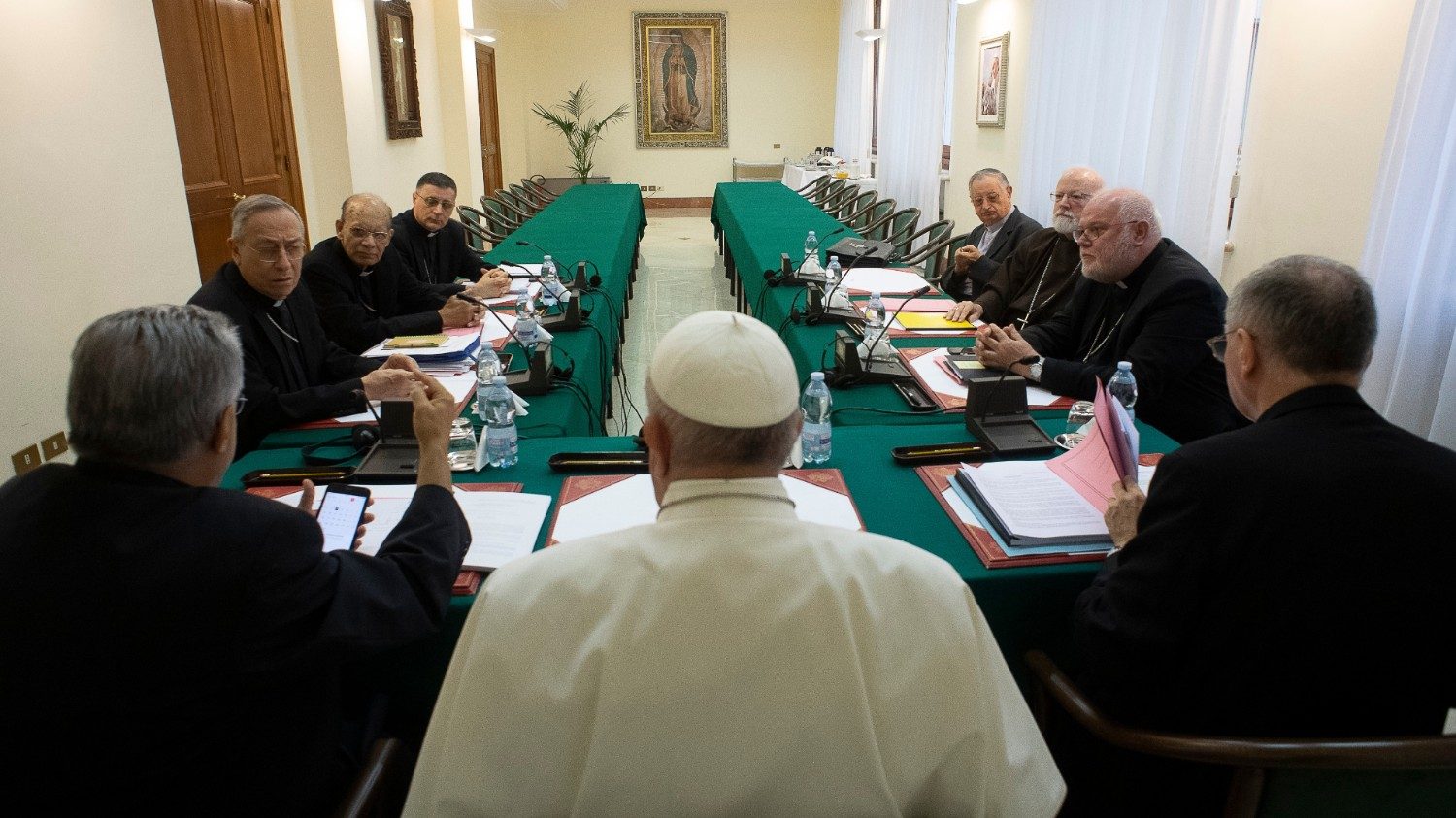 In a meeting held virtually on Thursday afternoon, members of the Council of Cardinals shared their experiences of the “economic and social consequences” of the ongoing Covid-19 pandemic, and discussed “the Church’s commitment to health, economic recovery and the support offered to those most in need.”

Pope Francis took part in the meeting from his residence in the Casa Santa Marta, which the other members of the Council – Cardinals Oscar Rodriguez Maradiaga, Reinhard Marx, Sean Patrick O’Malley, Oswald Gracias, and Fridolin Ambongo Besungo – joined the conversation from their respective countries. Cardinals Pietro Parolin and Giuseppe Bertello, along with the Council’s Secretary, Bishop Marco Mellino, were connected from the Vatican.

After considering the current situation in their various regions, the members of the Council turned their attention to the forthcoming Apostolic Constitution, which will deal with the organisation of the Roman Curia. A note from the Holy See Press Office explained that the Cardinals discussed “the working methodology that will have to be implemented for the revision and correction of some normative texts” after the new document takes effect.

They also addressed several “further perspectives opened up by the text under elaboration.”

The next meeting of the Council of Cardinals is scheduled for June of this year.

Share on FacebookShare on TwitterShare on PinterestShare on EmailShare on LinkedIn
Opinion: Is Pope Francis a “populist”?‘We are ready to give up our lives’: 34 new Swiss Guards take oath to protect the pope