“Community pantries” for needy mushrooming in the Philippines 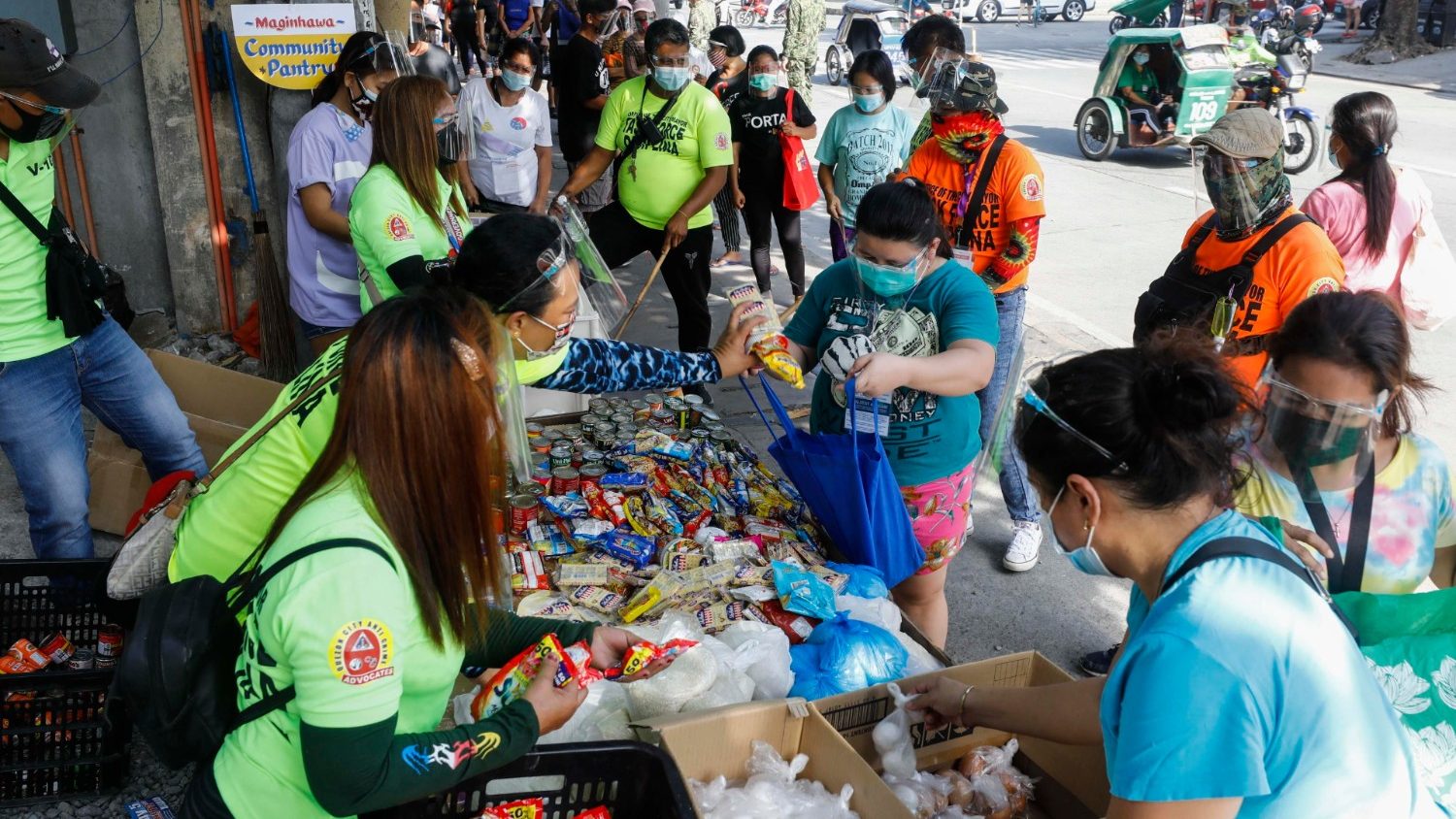 Makeshift “community pantries” are popping up across the Philippines after the country’s Catholic bishops this week called on people to support the effort in the capital Manila to help the needy during the coronavirus pandemic.  The call came after one such stall set up by a woman in Manila last week, began replicating across the nation.

Caring for one another

“We are happy to know that in recent days … neighborhoods and communities [across the country] have organized themselves to help needy families, especially with food and other basic necessities,” Archbishop Romulo Valles of Davao, the president of the Catholic Bishops’ Conference of the Philippines (CBCP) said on April 21.  He said it was proof of the people’s care for each other.

The idea caught up after Ann Patricia Non set up a small “pantry” on April 14 in Quezon City in the National Capital Region of Manila, and called on people to give according to their ability and take what they need.  The initiative of the 26-year-old resident of Maginhawa Street went viral on social media and inspired communities to set up their own pantries.

At least 80 community pantries have already been set up in various places in Metro Manila and more than 300 others across the country. A group of Muslim doctors in the Mindanao region has opened halal community pantries for the poor in Zamboanga province.  One such centre has been started in Dili, the capital of Timor-Lest, or East Timor.

The motto of community pantries is: “Share what you can, take what you need.”  “It is not charity, but mutual help,” explained  CBCP vice president, Bishop Pablo Virgilio David of Kalookaan.  “We are responsible for one another, following the example of the first Christian communities. The initiative is educational in the sense of solidarity and charity because it encourages the faithful to think not only of themselves but also of the well-being of others,” he told the Vatican Fides news agency.

He estimates more than 5,000 people have been fed through the community pantries.  The fact that these pantries have mushroomed spontaneously across the country, he said, is a miracle.  It encourages kindness, concern, compassion, generosity, a sense of solidarity and co-responsibility from people of all walks of life.

Bishop Jose Colin Bagaforo of Kidapawan, national director of Caritas Philippines, also encouraged the “community pantries” saying they prove that communities can serve as “first responders to address hunger and food insecurities.”  He commended those behind the initiatives, saying that they “bring out the innate generosity, kindness, and compassion in everyone even at a time when poverty is most visible.”

In April 2020, Caritas Philippines launched “Kindness Stations,” a national programme aimed at advocating for community-based response that empowers members of the community to “take what you need, spare some for others, and give what you can.”  The “Kindness Station” was inspired by a group of friends in Sorsogon City during the first lockdown, who provided half a sack of rice together with canned food, condiments, noodles, vegetables, crops etc.  As neighbors and other donors started to share goods, the stations multiplied in other areas. The Caritas Kindness Station is now being implemented in more than 15 provinces. Bishop Bagaforo encouraged all local Caritas organizations to continue, open or re-activate Caritas Kindness Stations in support of the community pantries nationwide.

According to estimates by “Pilipinas Kontra Gutom”, an institution in which public and private organizations come together, at least four million Filipinos are currently suffering from hunger because of lack of food.

Share on FacebookShare on TwitterShare on PinterestShare on EmailShare on LinkedIn
Pope Francis celebrates name day with poor as the Vatican’s free vaccinations continueCardinal Wyszynski, Poland’s ‘Primate of the Millennium,’ to be beatified in September