CIDSE and EU Bishops call for dialogue and reconciliation in Colombia 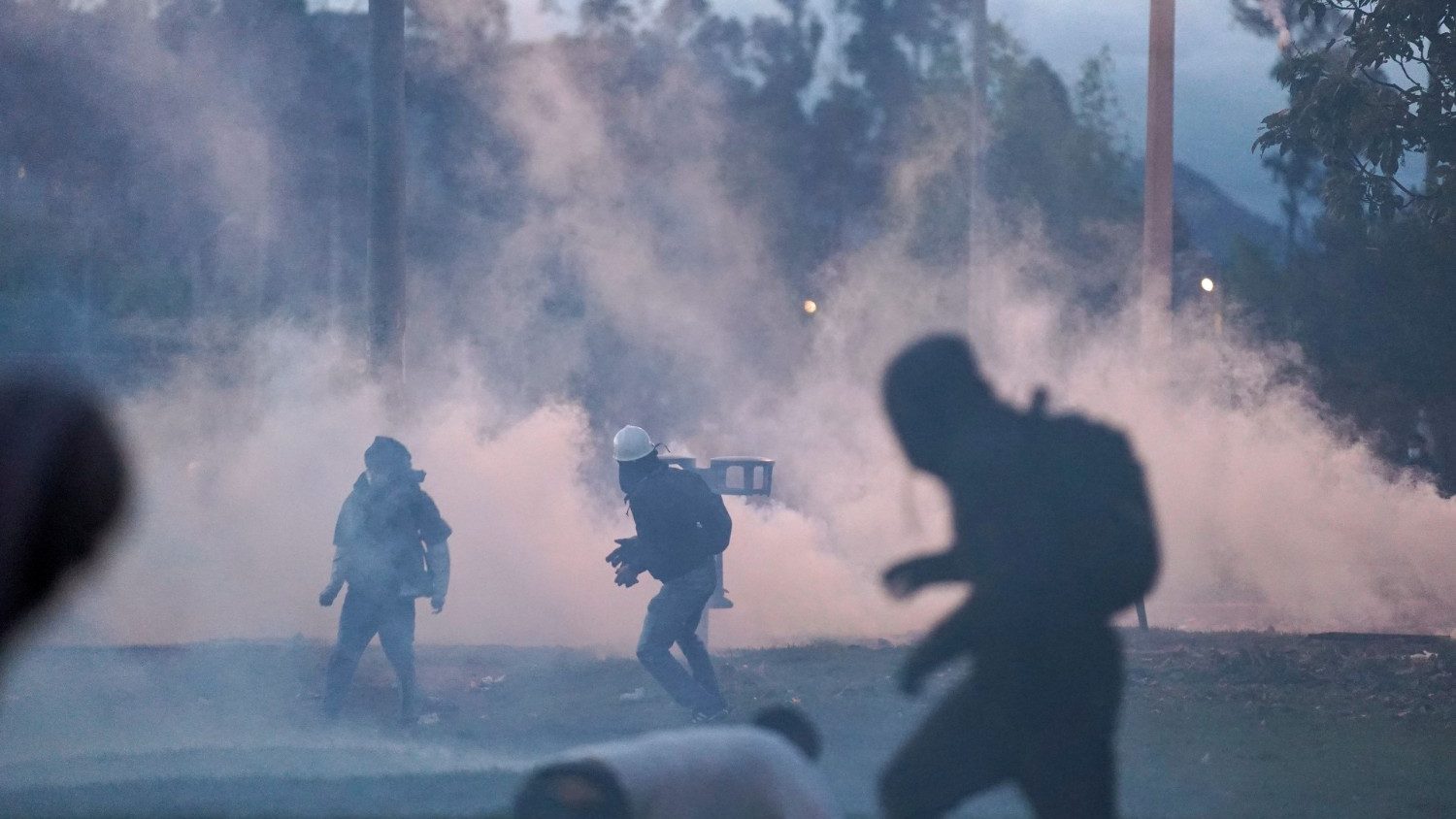 Social unrest and violence broke out in Colombia on 28 April when people took the streets to protest, for the most part peacefully, against the government’s proposed tax reforms.

Despite the withdrawal of the controversial tax reform bill, Colombians have continued to protest to highlight widespread poverty and inequality, as well as a lack of access to basic services, such as healthcare and education.

Early in June, President Iván Duque Márquez allowed a delegation from the Inter-American Commission for Human Rights (IACHR) to visit the country to investigate alleged human violations by police and army forces against the protesters. However, negotiations between Colombian government and protesters are at a standstill as violence continues.

Over the past two months Colombian Bishops have repeatedly urged all sides to refrain from violence and to find a peaceful solution to the crisis.

They were joined on Sunday, 23 May by Pope Francis, who called for a “serious dialogue” to overcome differences.

Violence does not resolve problems

Reaffirming that “peaceful protest is a right”, the signatories “reject acts of violence, wherever they may come from, human rights violations, attacks on physical safety and life, disappearances, and the abuse of force.”

The organization recalled that, as stated on 4 May by the Bishops of Colombia, “violence does not resolve anything; it produces suffering and death”.

They echoed the new appeal issued on 23 May by the Colombian Bishops’ Conference (CEC), which reiterated that dialogue “is the most appropriate way to recognise what should always be affirmed and respected in society; to listen, understand and respond effectively to the demands of those who have resorted to the right of peaceful protest, and to build together the reconciliation and peace that we long for.”

The European faith leaders also recognise “the pain and poverty being experienced in Colombia and express our solidarity with all victims of violence.”

Finally, the Bishops join Pope Francis prayer of 23 May that the Colombian people “may receive the gifts of the Holy Spirit, so that through serious dialogue just solutions may be found to the many problems they are suffering from, especially those who living in greatest poverty due to the pandemic.”

Signatories of the statement

The joint statement was signed by bishops from Austria Germany, England, Wales, Scotland, and Switzerland, some of who head national Catholic aid agencies and charitable organizations.