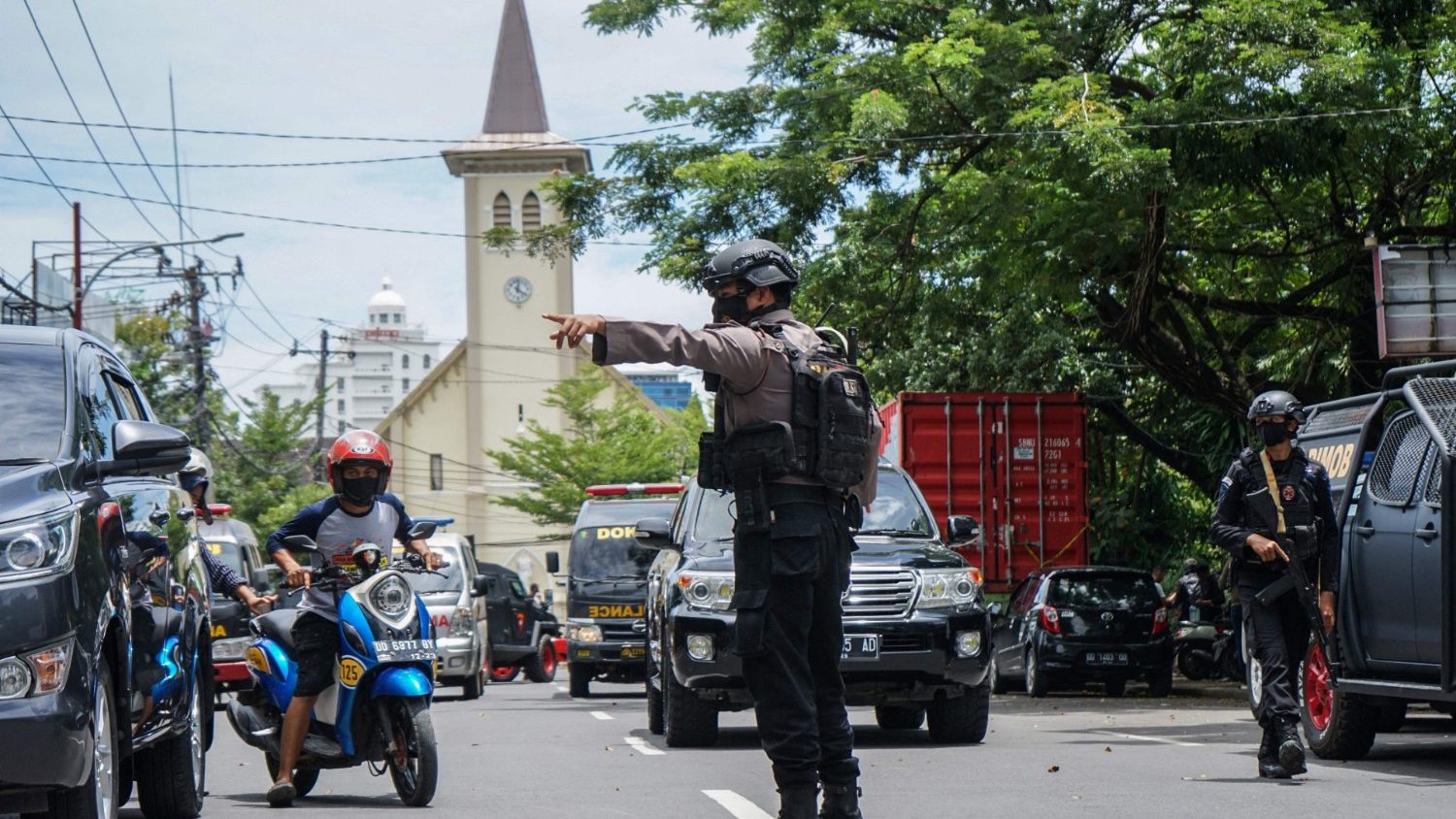 Security measures to protect Christians during the Holy Week celebrations have been tightened in Indonesia, following the suicide bomb attack against the Sacred Heart of Jesus Cathedral of Makassar, in South Sulawesi, on Palm Sunday. The bombing, which occurred at the end of Palm Sunday Mass, has left the two perpetrators dead and at least 20 people wounded, drawing worldwide condemnation and solidarity with the Church in Indonesia. Pope Francis called for prayers for the victims during the Angelus prayer in St. Peter’s Basilica.

Indonesian Bishops have expressed “concern, prayer and deep sorrow for the attack” saying “it is not just on the Catholic community but on the entire Nation and State of Indonesia”.  It “degrades human dignity, destroys human values and adds to the long list of acts of terrorism in our beloved archipelago”, a communiqué reads. The statement, signed by Bishop Yohannes Harun Yuwono, chairman  the Commission for Interreligious Relations of the Bishops’ Conference of Indonesia, calls on Catholics and all Indonesians to “keep calm” and to “remain vigilant”. The Commission also expresses the bishops’ “full confidence” in the Indonesian government, the armed forces and the national police, and hope “that the attack will not damage and weaken the relationship” which has been built up over the years between religious believers and faiths.

The chairman of the Communion of Churches in Indonesia, has conveyed his condolences to the victims and has invited Christians in the Country “not be afraid but alert”, UCA news reports. Indonesian President Joko Widodo condemned the incident and said terrorism is a crime against humanity. The bombing was also decried by Anwar Abbas, deputy chairman of the Indonesian Ulama Council, who said the attack contradicts religious values. According to the Muslim leader, the attack was connected to the arrest of dozens of terrorists in several regions in the Country by the police anti-terror squad since January.

The World Council of Churches (Wcc) too united in condemning the bombing. “We pray for the victims of this cruel attack, for their families and loved ones, for the worshippers who were just concluding their Palm Sunday service,” said the acting general secretary Rev. Prof. Dr Ioan Sauca. “We pray for the perpetrators, who fell prey to such extremist ideologies that they were willing to destroy themselves in order to hurt others.”

Sauca also called for solidarity from the world in bringing peace, security and justice not only to Indonesia but to all people, in every nation. “An attack on a local church— an egregiously misguided act targeting grandparents, and their children and grandchildren, as they worship, is an attack on us all,” he said.

A long standing tradition of tolerance threatened by fundamentalism

Indonesia is the most populous Muslim country in the world, but has a long standing tradition of tolerance and pluralism, which is enshrined in its five founding principles, the “Pancasila”. However, over the last two decades this tradition has been put to the test by Islamic radicals and terrorist groups connected with al-Qaeda and more recently with the so called Islamic State, who have also targeted Christians. Catholics are around 3 per cent of the population.