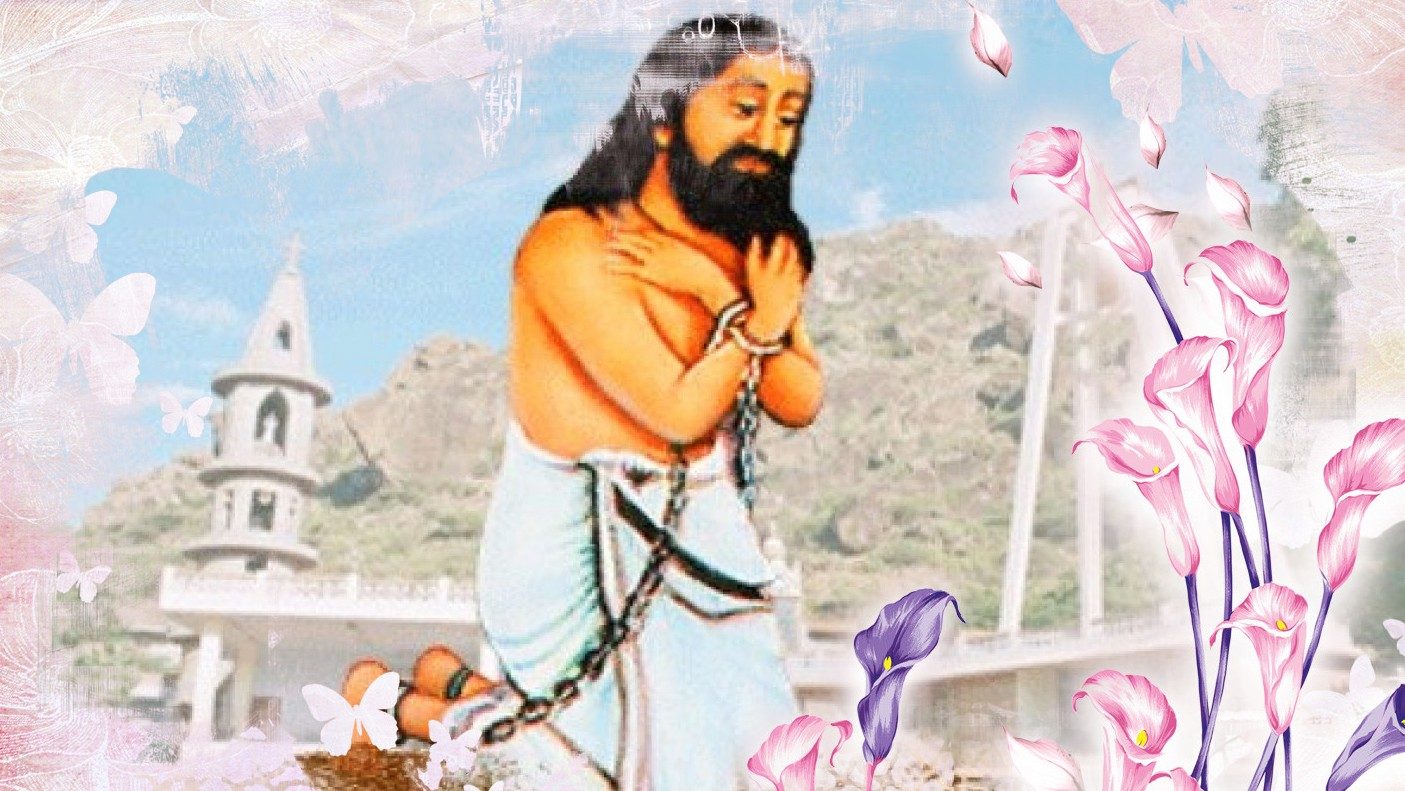 “To many of us who have received the faith from our forebears, Devasahayam’s testimony reminds us that the Gospel is a treasure to be discovered and to which devote a lifetime,” said Archbishop Felix Machado of Vasai Diocese, secretary general of the Catholic Bishops’ Conference of India (CBCI).   Blessed Lazarus, known as Devasahayam, became “poor for the sake of the poor and had love for the poor, as Pope Francis says,” he told AsiaNews.  The canonization “is an encouragement to us to emulate Devasahayam”.

Blessed Lazarus, also known as Devasahayam, will be the first layperson and martyr of Indian origin who will be officially declared a saint of the worldwide Catholic Church.  He was martyred for his faith nearly 270 years ago in what is Tamil Nadu state today.

On May 3, 2021, Pope Francis officially cleared Blessed Lazarus Devasahayam and 6 others for sainthood but had not set the date for the canonization ceremony because of the pandemic.  The Congregation for the Causes of Saints on November 9 declared that the canonization Mass will take place in the Vatican on May 22, 2022.  The Pope will preside over the liturgy.

Born on April 23, 1712, as Neelakanda Pillai, in the village of Nattalam, Devasahayam served in the palace of southern India’s Hindu King Marthanda Varma of Travancore, whose kingdom stretched from what is Kanyakumari District of Tamil Nadu state today, right up to Cochin in neighbouring Kerala state.

Captain Eustachius De Lannoy, a Dutch naval commander of the Dutch East India Company who was sent in 1741 to capture Travancore’s port of Colachel was defeated and taken prisoner.  The dutchman who was later pardoned went on to become the king’s trusted commander who won several battles for Travancore. It was during their influential roles under the King of Travancore that Devasahayam Pillai and De Lannoy became close friends.

Devasahayam became interested in the faith of De Lannoy, who enlightened him, leading to his conversion in 1745.  He was baptized at the Catholic church of Vadakkankulam village (in the present Tirunelveli District of Tamil Nadu), by Jesuit priest Father R. Bouttari Italus.   He assumed the name ‘Lazarus’ or ‘Devasahayam’ in the local language, meaning ‘God is my help’.  His wife, Bargavi Ammal of Travancore, also followed her husband and was baptized Gnanapoo, meaning Theresa.

Killed for “Hatred of the Faith”

However, Devasahayam’s conversion did not go well with the heads of his native religion, and was regarded as a betrayal and danger to the Hindu kingdom.

His refusal to worship the Hindu gods of the palace and renouncing the traditional Hindu religious festivals greatly angered the officers.  They could not tolerate his preaching on the equality of all peoples, the overcoming of castes and friendship with the untouchables of the lower classes, which is forbidden for a person of high caste.

False charges of treason and espionage were brought against him and he was divested of his post in the royal administration.  He was imprisoned and subjected to harsh persecution. A Catholic for only seven years, he was shot dead in the Aralvaimozhy forest on January 14, 1752.

Sites linked with his life and martyrdom are in Kottar Diocese, in Kanyakumari District of Tamil Nadu state.  His tomb at St. Francis Xavier Cathedral in Nagercoil attracts large numbers of devotees.

In the Catholic Church, the sainthood cause of a candidate is a rigorous process that takes years and even decades.  It starts at the level of the diocese to which the candidate belongs. In the case of Devasahayam, there have been sporadic efforts and calls for his sainthood and martyrdom since 1756.

The Diocese of Kottar received clearance from the Vatican on December 22, 2003, to open the cause of Devasahayam’s martyrdom at the local level.  At the start of the diocesan inquiry which took place from 2006 to 2008, Devasahayam was conferred the title Servant of God.

Thereafter, the process moved over to the Vatican under the Congregation for the Causes of Saints. On November 15, 2011, the documents were submitted for evaluation by the historical consultors, who concluded that the evidence collected was sufficient and reliable to demonstrate the Devasahayam’s martyrdom. On February 7, 2012, a special meeting of theological consultors took note of the historical reliability of the documents collected, which demonstrated both the “odium fidei” [hatred of the faith] on the part of the persecutors and the its acceptance on the part of Devasahayam.  An ordinary session of cardinals and bishops on May 8, 2012 gave its approval.

For a non-martyr candidate, a miraculous healing through his or her intercession has to be proved before beatification, which confers on him or her the title Blessed.  However, a miracle is not required prior to a martyr’s beatification, as was the case of Devasahayam.

Speaking at the midday ‘Angelus’ prayer that day in the Vatican, Pope Benedict said, “Let us join in the joy of the Church in India and pray that the new Blessed may sustain the faith of the Christians of that large and noble country.”

The road to canonization

A miracle through a candidate’s intercession is needed for the person to be cleared for canonization or final sainthood.

In the case of Devasahayam, an enquiry was initiated in the Diocese of Kottar regarding a possible miracle.  The Congregation described it as “the resuscitation of a 20-week-old fetus of an Indian pregnant lady”.  The medical board that examined the case, on 28 February 2019 unanimously declared that the healing could not be explained by current medical knowledge.

On December 5, 2019, a special meeting of the theological consultors of the Congregation approved the miracle.  Cardinals and bishops, who met on February 18, 2020, also approved it.  Three days later, on February 21, Pope Francis authorized the Congregation for the Causes of Saints to promulgate the decree officially recognizing the miracle, which effectively cleared Blessed Devasahayam for sainthood.