From the Synodal Pathway website: Cardinal Mario Grech, Secretary General of the Synod of Bishops, Bishop emeritus of Gozo, was born in Qala, Malta, in the Diocese of Gozo on 20 February 1957. On 26 November 2005 Pope Benedict XVI appointed him as Bishop of Gozo, where he served until 2 October 2019, when he […]

St Ambrose University is convening a Spring 2023 conference and celebration to honor 10 years of the papacy of Pope Francis. March 16 – 18, 2023, Davenport, IA REGISTER NOW This international conference will examine this remarkably humble servant of God, whose commitment to openness, visibility, and meeting the faithful across the world has transformed the […]

Ireland was once regarded as the most catholic Country in the World. That, though, is no longer the case. (Link to article and interviews at bottom of the page.) Mark Vincent Healy was sexually abused by a member of the Spiritan Order while at school during the 1960s and 70s. He says the sexual abuse he experienced […]

Three poems, commissioned by the Dept of Foreign Affairs and the Museum of Literature, to honour St Brigid’s Day.

Old Biddy TalkBy Paula Meehan Have you no home to go to… The young mostly on one another’s screens– but these two rapt in each otherat the boundary wall: that genetic imperative,the force that through the pandemicdrives their flowering, is my spring rain,is my restorer from the deep delved wells,hauled to the healing light of […]

Brendan O’Connor (Sunday morning 29th January 2023  c 12.30), I was driving away from Mass this morning. The Radio was on in the car. There was a discussion on Classical Music. I think there was some link made between Hip Hop and classical. What link? I haven’t a clue. But I caught the words of […]

Video News Release: Pope’s visit to Africa -The Pope greets the media on the Rome-Kinshasa flight Watch the video Association of Catholic Priests

The role of the bishop in the synodal process

Letter of Cardinals Grech and Hollerich to the Bishops of the World Vatican City, 30 January 2023 On the eve of the celebration of the Continental Assemblies, it is with a letter addressed to all the eparchial bishops of the Eastern Catholic Churches and diocesan bishops around the world that the Secretary General of the […]

We are Church International:International Online Press ConferenceMonday, 30 January 2023 at 11:00 CET

A few days before the start of the European Continental Assembly of the Synod which will take place in Prague from 5 to 12 February 2023, we invite you to an international online press conference with ZOOM. Doing this we would like to encourage the reform forces in this unique meeting. Speakers and their topics Colm […]

Western People 24.1.2023 ‘Follow the money’ was the shrewd advice of ‘Deep Throat’, the pseudonym given to the informant who provided information to the Washington Post that unlocked the Watergate scandal back in 1972. In other diverse circumstances, the advice can still hold. Money, even for those with the highest of motives (and even with […]

The AP Interview: Pope says homosexuality not a crime

VATICAN CITY (AP) — Pope Francis criticized laws that criminalize homosexuality as “unjust,” saying God loves all his children just as they are and called on Catholic bishops who support the laws to welcome LGBTQ people into the church. “Being homosexual isn’t a crime,” Francis said during an exclusive interview Tuesday with The Associated Press. Link […]

America Magazine: Cardinal McElroy on ‘radical inclusion’ for L.G.B.T. people, women and others in the Catholic Church

(On the Feast of the Conversion of St Paul a thought-provoking article on issues facing the Synodal Church.) What paths is the church being called to take in the coming decades? While the synodal process already underway has just begun to reveal some of these paths, the dialogues that have taken place identify a series […]

WE ARE CHURCH Zoom

Can Ireland learn from the German Synodal Path?7.30pm on Thursday 2nd of February 2023 In Germany an Assembly made up of EQUAL numbers of Clergy and Lay people has been discussing reforms in the Catholic Church regarding Power; Priesthood; Sexual Morality and Women. The same issues have come up during the Global Synod here in Ireland and […]

The Irish Examiner: ‘First the banks, then post offices … now rural Ireland is losing its priests’

In small rural parishes, the loss of a priest through retirement or death is keenly felt, says Conor Capplis, with the Catholic Church slow to react to a problem they have known about for many years. Link to article: https://www.irishexaminer.com/news/spotlight/arid-41049485.html When Fr Denis O’Mahony left his native Co Kerry at 18, he was one of […]

The people that walked in darkness has seen a great light: Jesus, the light of the world, walks among us, preaching a message of repentance. We gather to listen to him, to share the bread of life and to prepare to go out and build up his kingdom. • Pope Francis has given the Third […]

Séamus Ahearne: ‘And still they gazed, and still the wonder grew, that one small head could carry all he knew.’ (Goldsmith)(And Indi’s back!)

The young ones: Jacinda Ardern is resigning as PM New Zealand and as leader of the Labour Party. Her explanation is: ‘There was nothing left in the tank. There is no other reason. I am human.’ Robert Byrne resigned as bishop in Newcastle (England). He couldn’t take the pressure and felt the Diocese and Church […]

TOWARDS A BEATITUDINAL CHURCH Thursday 19th Jan,19.00 London time R&B DIY are delighted to welcome Archbishop Scicluna. Link to register: https://us02web.zoom.us/meeting/register/tZ0ofu6vpj8vEte-z3z-4BfCxkQj34vCqt94 Charles Scicluna, Metropolitan Archbishop of Malta, is essentially “the church’s top prosecutor on abuse cases” (CRUX). ‘It is important for the shepherd to listen to his flock and not limit himself to ordering it about.The faithful […]

Brendan Hoban: The job of a modern bishop is not an easy one

Western People 17.1.2023 Almost 250 years ago, when Dominick Bellew, a native of Co. Louth, arrived in Killala diocese in 1780, he was the first Catholic bishop to live in the diocese for most of a century. Bellew’s appointment to Killala coincided with the first of the Catholic Relief Acts which opened up a series […]

BY MICHAEL SEAN WINTER. Follow on Twitter at @michaelswinters Link to article: https://www.ncronline.org/opinion/ncr-voices/pells-posthumous-complaints-have-diminished-his-legacy January 18, 2023 Not since King Hamlet appeared to Bernardo, Marcellus and Horatio on the battlements of Elsinore Castle has a ghost caused so much trouble. The late Cardinal George Pell, speaking posthumously by means of a previously unpublished article and an […]

The Christmas Season ended last Sunday, and we have entered Ordinary Time, moving slowly from winter to spring. The season of Lent begins on the 22nd February, in five weeks time: between now and then, we learn a little more each Sunday about the life and techings of Jesus. Penitential RiteTo prepare ourselves for this celebration, […] 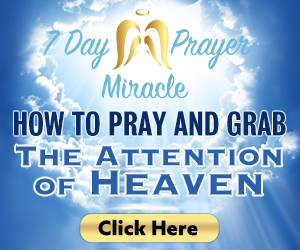