Home Test page Catacombs and Capitulation: The Church in China

Catacombs and Capitulation: The Church in China

Some things never change. Throughout history, the worldly minded have made war on the Church, fulfilling the promise of Christ that those who had persecuted Him would also persecute those who followed Him. Nowhere is this more evident in our own day than in China, where Catholics are persecuted by a Communist Party that has killed millions of civilians in the seventy-two years since it seized power. 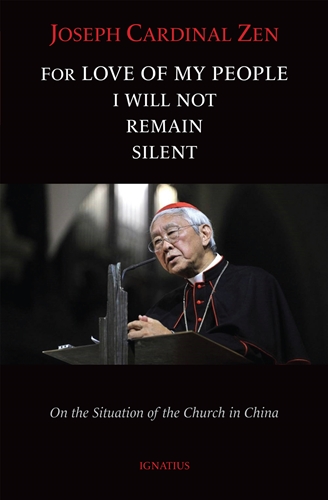 The current situation in China has been the topic of discussion at the FORMED Book Club over the past few weeks, enabling Father Fessio, Vivian Dudro and I to hold lively conversations inspired by our reading of Cardinal Zen’s heart-rending book, For Love of My People I Will Not Remain Silent.

Cardinal Zen, former Bishop of Hong Kong, has been a frontline soldier for the Church Militant in its spirited resistance to the secular fundamentalism of Chinese communism. As such, there is nobody more qualified to offer an informed appraisal of the present plight of Chinese Catholics and the reasons for it.

It is clear that Cardinal Zen has great respect for St. John Paul II and Benedict XVI, both of whom knew from bitter experience what it was like to live under totalitarian rule, in both its communist and its National Socialist forms. By contrast, the Cardinal laments that “high-ranking Vatican officials, most of whom are Italian, have not lived under such a totalitarian regime … so their concept of it is somewhat naïve and optimistic”. It is this conflict between the hard-earned wisdom of the persecuted Church and the naïve optimism of the comfort-cosseted Roman Curia which has animated the Church’s approach to the Chinese government’s efforts to control and neutralize the Church in China.

The Chinese Communist Party set up the Chinese Patriotic Catholic Association in 1957 as a means of bringing China’s Catholics under government control. In the following year, the CPCA began ordaining bishops without a mandate from the Holy See. This continued until the so-called Cultural Revolution from 1966 until 1976, a decade in which the Communist Party decided that the best way to control China’s Catholics was to exterminate them. Following this ten years of terror, the former method of controlling Catholics by setting up an official communist-approved Church was re-established. Since then, Catholics in China have been divided between those in the official Church and those in the illegal underground Church, the Church in the catacombs.

In 1988, the Vatican responded to the situation in China in the form of instructions to Chinese Catholics issued by the Congregation of the Evangelization of Peoples. This made it clear that Catholics must be united to the Pope and that, in consequence, the Chinese Communist Party’s control of the Church in China by means of the Chinese Patriotic Catholic Association was unacceptable. These clearly defined principles emboldened many of China’s Catholics, including the clergy. The Communist Party responded in 2000 with a further illegitimate ordination, in defiance of the Vatican, and officially protested St. John Paul II’s approval of the canonization of the Blessed Martyrs of China.

Matters were complicated still further by the spirit of capitulation that reigns amongst many of those in the Roman Curia who, in Cardinal Zen’s plaintive words, have “always tried to please the Chinese government”. This spirit of capitulation was brought to the fore following the issuing in 2007 of Benedict XVI’s historic Letter to the Catholics in China, a document that is rightly considered to be the magna carta of the Church in that country. Some manipulative Curia officials endeavored to dampen or weaken the impact of the pope’s words and teaching through an incorrect and ambivalently phrased translation of the text. After Cardinal Zen and others had complained about the loose and erroneous translation, the Vatican officials responsible for it refused to make the corrections. In the end, largely due to Cardinal Zen’s diligence and determination, the corrections to the translation were published on the Vatican website.

The same spirit of capitulation was evident in the way in which Vatican diplomats greeted the official celebration of the fiftieth anniversary of the first illegitimate ordination of bishops by the communist-controlled CPCA. Outraged by this surrender to forces inimical to the Church, Cardinal Zen complained to Pope Benedict that “the willingness on the part of the Holy See to yield has encouraged the Chinese government to be more and more arrogant”. The pope agreed, contrasting the cowardice of members of the Curia in the face of communist oppression with the courage of St. John Paul II in facing similar oppression in eastern Europe. Discussing this particular passage in Cardinal Zen’s book with my co-hosts in the FORMED Book Club, I mentioned Lenin’s famous maxim that the communists should advance on all fronts, withdrawing when they encountered steel and advancing when they encountered mush. In their dealings with Vatican diplomats the Chinese Communist party had encountered nothing but mush.

Unfortunately, this weakness has been made even more manifest during the pontificate of Pope Francis, with there being little indication that the present pope will meet secularist tyranny in China with the same courage and faithful resilience which characterized his predecessors. Such compromise with the devil is likened by Cardinal Zen to the madness of “hoping that Saint Joseph can get something out of talking to Herod”.

Filled with the hope that is the fruit of faith, Cardinal Zen reminds us that “Communist power is not eternal”. It will pass away in China as it passed away in the Soviet Union. Filled with such hope, Cardinal Zen ends his book by joining Pope Benedict in the prayer with which the pope had concluded his Letter to the Catholics in China: Mary Most Holy, Mother of the Church and Queen of China, … in the silence of hope … intercede for all of [them], together with Saint Joseph and the countless Holy Martyrs of China.

• Watch the FORMED Book Club discussion (in three parts) of For Love of My People I Will Not Remain Silent:

Share on FacebookShare on TwitterShare on PinterestShare on EmailShare on LinkedIn
It's time for our Catholic president to address the church's sexual abuse scandalCatholic sisters (with M.D.s) are on the frontline in the fight against Covid-19 in India