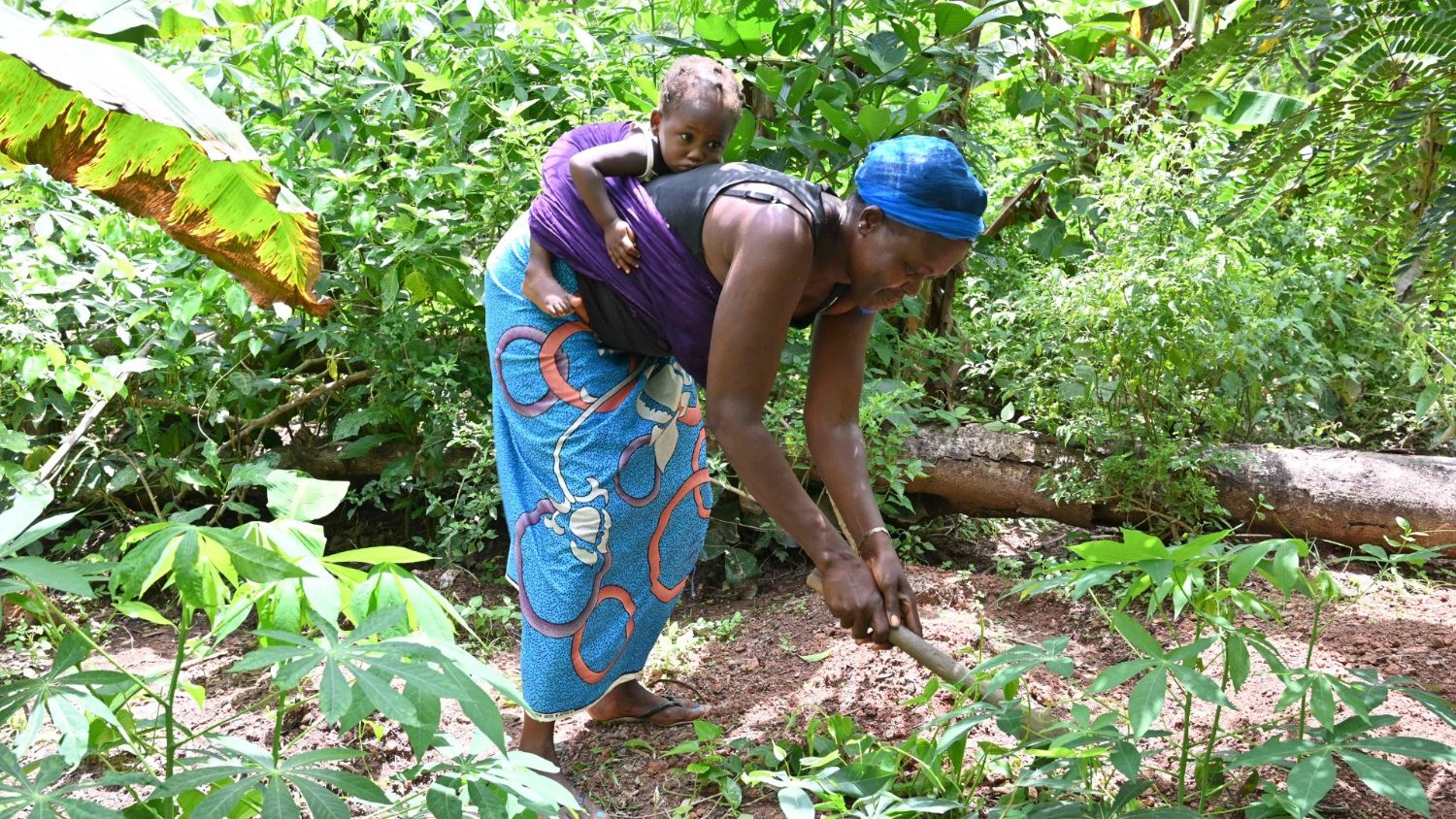 The United Nations is convening a crucial Food Systems Summit in September, in New York.  It is part of the Decade of Action to achieve the 17 Sustainable Development Goals (SDGs) by 2030, in order to help create healthier, more sustainable and equitable food systems.

Caritas Internationalis, the confederation of 165 Catholic relief, development and social service organizations operating in over 200 countries and territories worldwide, released a statement in view of the July 26-28 Pre-Summit in Rome, asking decision-makers to ensure meaningful participation of local producers and consumers, especially women, in policymaking and implementation at the local levels.

Caritas said that both the Rome Pre-Summit and the September Summit must not be missed opportunities to engage in a durable transformation of food systems.  This is all the more necessary now that the Covid-19 pandemic has accelerated and aggravated pre-existing inequalities in access to food. Several millions of people are expected to experience food insecurity and malnutrition in the months and years to come.

According to UN figures, up to 811 million people faced hunger in 2020, as many as 161 million more than in 2019.  Because of the disruption caused by the Covid-19 pandemic, 3 billion people cannot afford to eat healthily, either.  UN Secretary-General Antonio Guterres lamented that the world is “seriously off track to achieve the Sustainable Development Goals (SDGs) by 2030”.   “Poverty, income inequality and the high cost of food”, he said are responsible for these ills, and climate change and conflict are “consequences and drivers of this catastrophe”.

The UN’s State of Food Security and Nutrition in the World (SOFI) report released on July 12, estimated that around 660 million people may still face hunger in 2030, 30 million more people than in a scenario in which the pandemic had not occurred, due to the lasting effects of Covid-19 on global food security.

Stressing that access to food is a basic human right, Caritas said that food security cannot be ensured, and food systems cannot be transformed, by just promoting industrial agriculture, which in the long run will only contribute to excluding more people from the supply chain and will also generate more injustice in the access to food.  Caritas, which works with the poorest communities, advocated the promotion of community-based traditional agriculture, agroecology, a review of the supply chain in favour of local markets and the promotion of responsible food consumption.

The Catholic Church’s social arm underscored the urgent need to promote agriculture and food production that scale up ecological and sustainable farming and encourage rural agricultural activities through incentives for the farmers. “This was also the cry of the poorest Latin-American farmers during the Synod on Amazon in 2019,” said Aloysius John, the Secretary-General of Caritas Internationalis.  He said this will ensure “food justice” and enable the poor farmers to live in dignity”.

In this process, John stressed that the prime role of women in traditional agriculture in their own lands must be recognized.  “Women,” he said, “are part of the agricultural sector, and they are responsible for 60 to 80% of food production in the developing countries.”   However, “they are also the ones who encounter untold challenges due to lack of access to land rights, credit, production resources and seeds capital”. The Caritas Internationalis Secy-Gen said they must be helped to put in place cooperatives and local supply chains that would enable them to sell their products.

In line with the teachings of Pope Francis’ encyclical, ‘Laudato sì’, Caritas organizations question technocratic solutions to problems such as climate change, environmental degradation and food waste.  John said that one must overcome the assumption that only science and technology will offer solutions to every problem.  Instead, policy choices, lifestyles and spirituality that challenges the predominant technocratic paradigm, need to be embraced.  “At the heart of the problems of food insecurity, hunger and malnutrition” John said, “are human beings with dignity, relations and hopes.”

Pope Francis has also sent a message to the UN Pre-Summit on Food Systems in Rome, in which he denounced the “scandal” of hunger in a world that produces enough food for all people.  He said it is a “crime that violates basic human rights”.  (Source: Caritas Internationalis)

Share on FacebookShare on TwitterShare on PinterestShare on EmailShare on LinkedIn
First hearing held in Vatican over London buildingChina: New co-adjutor bishop consecrated for Pingliang