Cardinal Tagle tests positive for Covid-19 in the Philippines 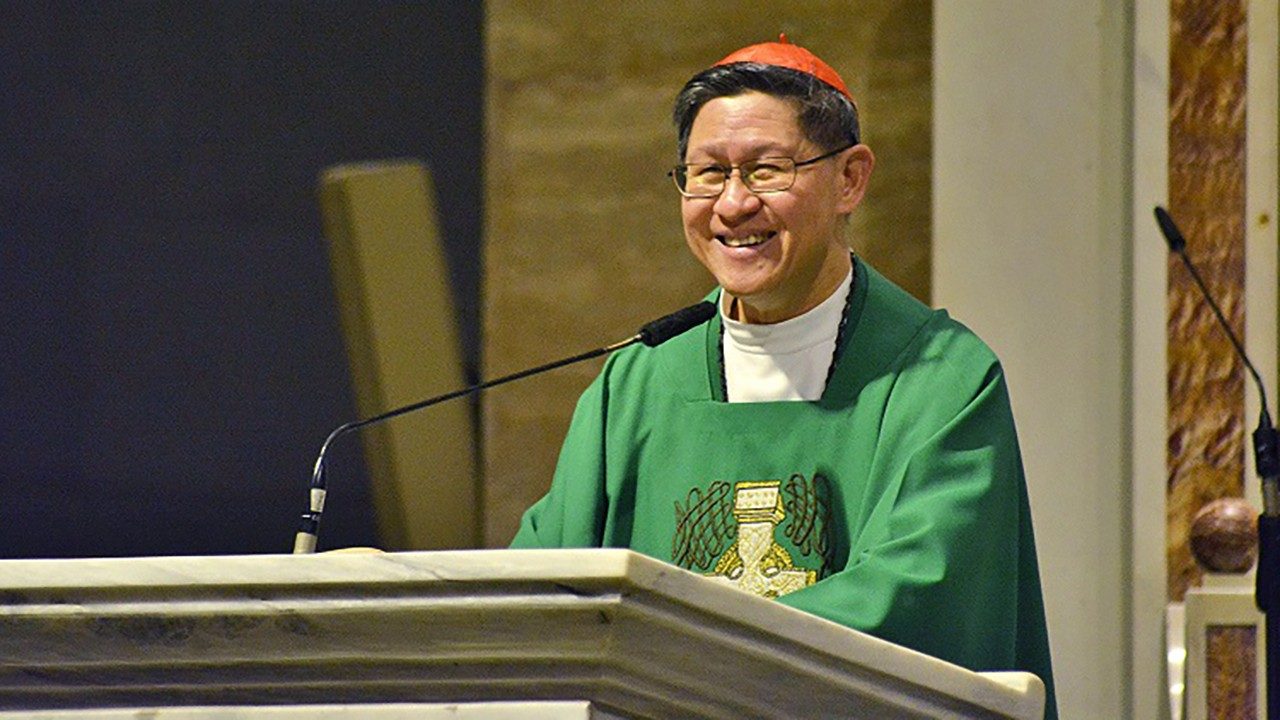 The Holy See Press Office on Friday confirmed that Cardinal Luis Antonio Tagle has tested positive with Covid-19 after a swab test.

“Cardinal Tagle actually tested positive for Covid-19 with a pharyngeal swab carried out yesterday on his arrival in Manila,” said a brief statement by Matteo Bruni, the Director of the Holy See Press Office.

Thus the Philippine Cardinal who is Prefect of the Vatican Congregation for the Evangelization of Peoples as well as President of  Caritas Internationalis, the federation of Catholic charities worldwide, becomes the first head of a Vatican dicastery with Covid-19.

Responding to journalists, Bruni said the Cardinal “does not have any symptoms and will remain in mandatory self-quarantine in the Philippines, where he is located”.  “In the meantime,” he added, “necessary checks are being carried out among those who have come into contact with His Eminence in recent days.”

He said Cardinal Tagle had undergone a swab test in Rome on September 7, which turned out negative.

Earlier this week, the 63-year old cardinal led an online recollection on Covid-19 in the Philippines, during which he criticized those who take advantage of the pandemic to make money.

He was participating on Tuesday in “Kaunting Pahinga (A Little Rest),” an initiative organized by Caritas Philippines and the Dilaab Foundation.

“As many people are suffering and getting poorer,” he said, “there are some businesses and probably individuals who are taking advantage of the situation. . . . And they know how to capitalize on the sorrow and the needs of others for their profitability.”

Cardinal Tagle expressed hope that through faith in Jesus, the pandemic would lead people to “a lifestyle of compassion and solidarity.”  The head of Caritas Internationalis pointed out that the global health crisis has increased the demand for assistance from Caritas by more than a hundred percent.

“No one should be left alone. This gives hope to many people,” Cardinal Tagle added.