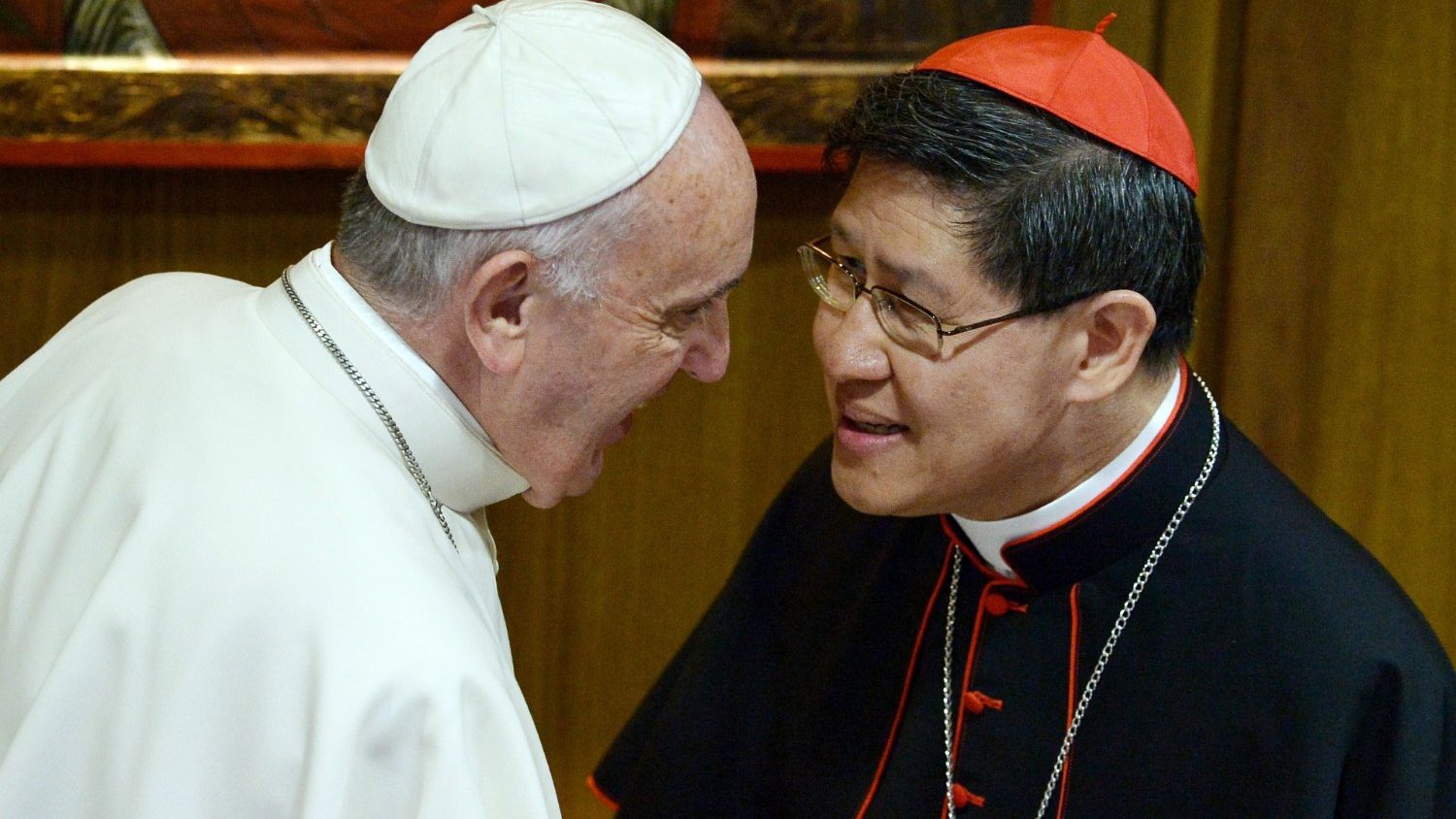 Caritas Internationalis held a webinar on Thursday, entitled, “Fratelli tutti, what does it mean for Caritas’ work,” with the aim of analysing some of the Holy Father’s text in the context of caritas, or ‘love’. The goal of the webinar was to explore how Pope Francis’s encyclical Fratelli tutti can become a concrete reality for communities around the world.

Cardinal Luis Antonio Tagle, the President of Caritas Internationalis, began his intervention by encouraging all those present to read the encyclical in its entirety, because, he explained “Pope Francis brings some of his previous ideas into a new synthesis as a respnse to the present conditions of a closed world”. He does this, continued Cardinal Tagle, “always drawing from the rich biblical tradition of the Church and the teachings — dogmatic, moral and social teachings — of the Church”.

“Let us join him in this extended reflection”, he said.

Cardinal Tagle then went on to reflect on the “very sad signs on the lack of love” that our world is suffering. We can see that there are “many manifestations of a world that is closing in on itself”, he said. In this closed world, all of us suffer, but the poor suffer the most, the Cardinal added. They are the ones who are easily forgotten, neglected, thrown away; and “we should be disturbed by the consequences of the closed world”, as they are consequences for human beings, for the future and for creation.

Cardinal Tagle then focused on two main points brought up in the Pope’s encyclical. The first is universal love. Cardinal Tagle explains that in Fratelli tutti, the image of charity is that of universal love, because “that’s how God loves. God loves everyone”. That is the love that Jesus shows, explained the Cardinal. “He loved everyone, especially those that society considered unloveable. Outcasts. From there we find the parable of the good samaritan, someone who exhibits to us universal love towards a stranger”, said Cardinal Tagle.

A culture of encounter

The second main point concerns a culture of encounters. Universal love, says Cardinal Tagle, “could easily become a slogan”; but universality can only become true if it is accompanied by encounter and concretenness. “The Holy Father says if you engage in dialogue you must also know your identity so it is not denied, and your religious identity is secured and so you are open to interreligious diaologue”, Cardinal Tagle explained. Similarly, every nation is entitled to its political system and policies, but national politics must lead to international political charity in international relations.

Hopefully, continued Cardinal Tagle, “through a culture of encounter, the meetings of different cultures, we will find a better way of doing politics, dealings with the economy… a better way of establishing cultural friendship and resolving conflicts”. All this, he concluded, should lead to the common good: the good of all, which in the end will also benefit each individual.

Finally, Cardinal Tagle noted some lessons that Caritas can learn from Fratelli tutti. Among them was that of joining the Holy Father in “being sensitive to the sign of closing hearts, hands, minds and territories and cultures”. These signs are very subtle, he concluded, but Fratelli tutti is asking us to “open our eyes and be sensitive and discerning to these threats to universal openness”.