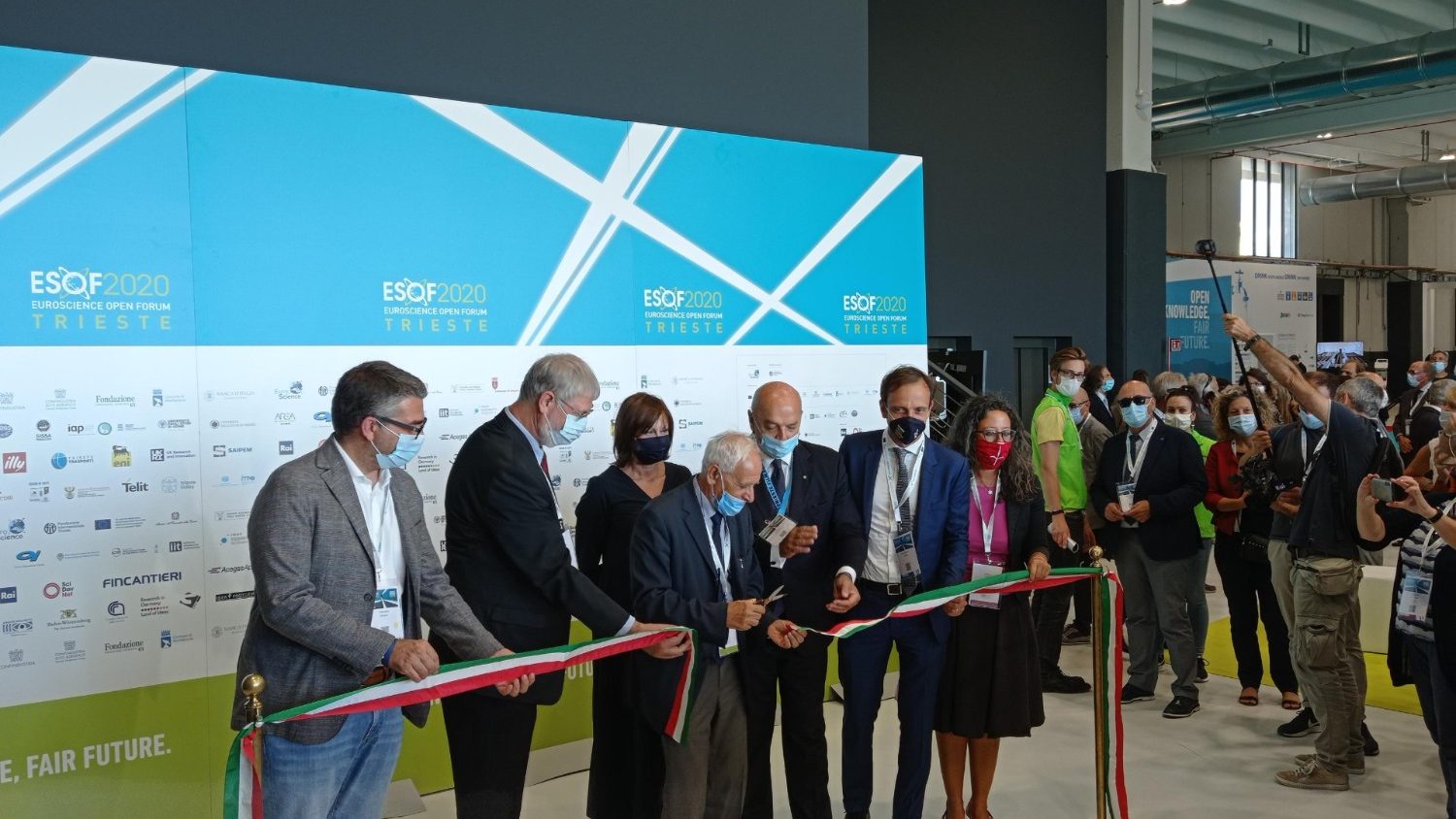 “Science and faith can come to see one another as sisters carrying out a fundamental service for the whole of society.”

Cardinal Pietro Parolin, the Vatican Secretary of State, made that remark on Wednesday in his speech at the opening of Euroscience Open Forum 2020. The biennial event, which is being held in the Italian city of Trieste, unites Europe’s leading scientists, researchers, entrepreneurs, and policy makers to debate the direction of scientific research.

In his address, Cardinal Parolin expressed the Church’s dedication to advancing the dignity and development of the human person in dialogue with the sciences. He said the interchange between the two is fundamental for confronting the “urgent questions that threaten the peaceful coexistence of humanity.”

Humanity, he added, risks “remaining adrift, without a goal in sight,” if it neglects the “profundity of reality offered by science” and the “deep human yearning for something greater.”

Cardinal Parolin went on to explore humanity’s relationship with the environment, technology, and itself.

The Cardinal spoke first about our relationship with the environment. He lamented humanity’s impact on the planet which has led to the extinction of numerous species, as well as the unequal distribution of scientific advancements which better human life. Everyone, he stressed, must assume responsibility for our common home in order to survive.

Science alone, said Cardinal Parolin, cannot resolve the ecological problem facing humanity. Rather, the Church seeks to help humanity recognize the contribution that faith can make by integrating scientific approaches into an overarching vision known as integral ecology. “Faith wants to be responsible for the care of our common home, listening to science and contributing, through its own ways of knowing, to the development of integral responses to this complex problem.”

Integral ecology, said the Cardinal, is best expressed with a phrase from Pope Francis’ encyclical Laudato Si’: “Everything is related; everything is linked together; everything is connected.”

The dialogue between faith and science seeks to “to discover the common root of phenomena that, viewed separately, cannot truly be understood.”

In this way, said Cardinal Parolin, integral ecology requires scientific research to combine both the “rational understanding of reality” and the “desires and longings of the human heart”.

“The Church is close to all those who want to acknowledge the complexity of reality by seeking solutions that do not sever human and social problems from the ecological question.”

Cardinal Parolin then addressed the topic of humanity’s relationship with technology.

He said many technologies are advancing at such breakneck speed as to leave little time for deeper ethical considerations. “The question that we must face together is this: ‘Given everything that we are technically able to do, what is it ethically right to do?’”

The way knowledge is communicated, said the Cardinal, is also undergoing unprecedented changes, due to digitalization and globalization.

He said the Church is concerned about the effects these trends have on young people, who are fed a constant media diet that “modifies the brain structure of the digital native.”

“Science and faith must be allied in caring for the younger generations, ensuring that they receive an education that can enable them to live full and authentic human lives amidst the challenges posed by new digital languages that can modify human thought processing, as well as culture.”

Cardinal Parolin made reference to the spread of disinformation which occurred at the beginning of the Covid-19 pandemic.

“Any professional who speaks about this pandemic should spend a lot of time thinking about how words and data matter, and then act accordingly,” he urged.

Cardinal Parolin concluded his speech with a reflection on humanity’s relationship with itself.

“How can the human family acquire the collective and individual wisdom to accept this responsibility and exercise the technological and scientific power presently at our disposal?” he asked Europe’s scientific leaders.

In this time of crisis, he said, the Church can help humanity deal with the elements of life that cause the current sense of “great anxiety.”

“The loss of hope and of interest in the immediate and more distant future stems from a loss of our sense of what it is to be human,” said the Cardinal. “Only if we become aware that we have lost this perspective will we be able to come up with an answer.”

Rebuilding community, he added, is the key to finding the answer, because interpersonal relationships keep the individual from becoming isolated and lonely.

Another part of the answer lies in making the distinction between progress and development.

Not all forms of progress are good, he pointed out.

However, integral human development “ focuses on broader processes that expand the choices of individuals and improve their prospects for well-being, thus enabling individuals and groups to achieve their potential as quickly as possible.”

Keeping humanity’s focus on development, said the Cardinal, looks beyond technological advancements and places the human person “at the heart of our reflection and as the goal of what can qualify as progress.”

“The quest for integral human development extends beyond the limited scope of economic, social, technological and scientific progress – important as these are. It requires an authentic and untiring search for that which is truly constructive of the common good of humanity, which is an indispensable source and a continued companion of a real, lasting and sustainable peace among peoples and for future generations.”

FacebookTwitterPinterestEmailLinkedIn
Pope Francis sends condolences after death of Cardinal SimonisClean up continues in Lebanon, new donor conference on the cards