Home Test page Cardinal Parolin: Church must be united in witnessing to the Gospel

Cardinal Parolin: Church must be united in witnessing to the Gospel 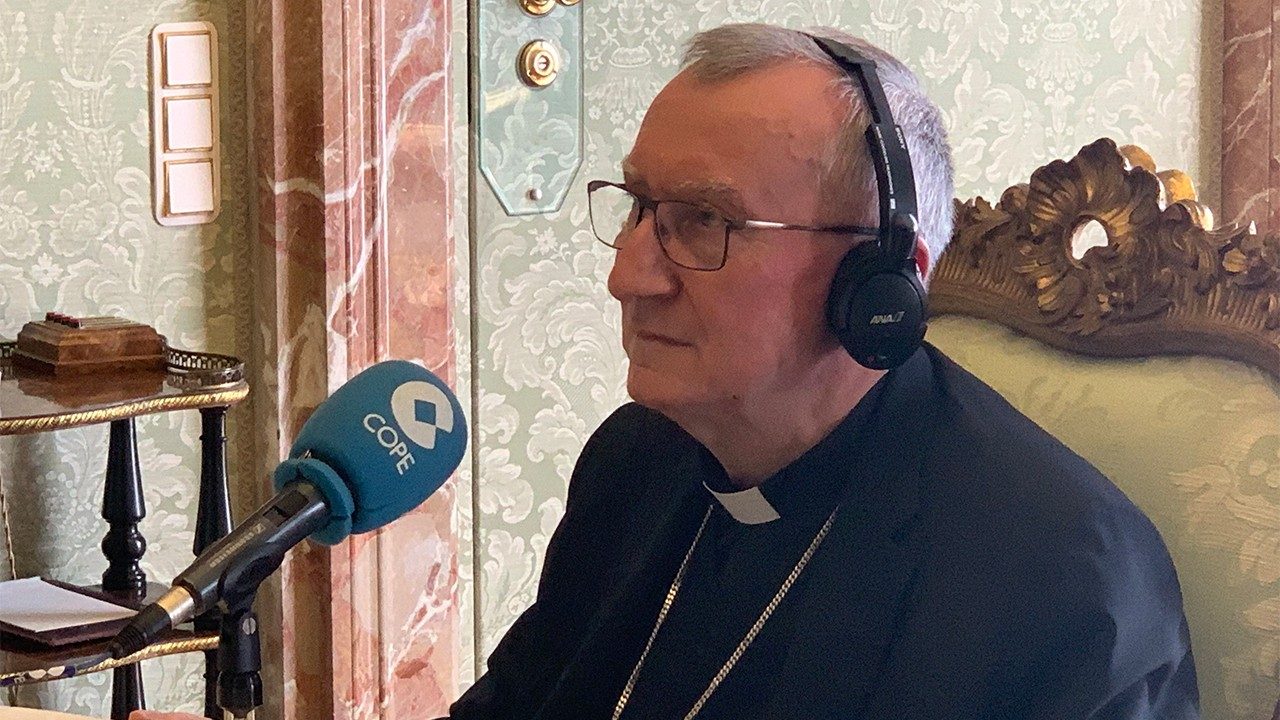 “We are at the service of communion,” and also at the defense and “promotion of the Church’s freedom, religious freedom, as well as the task of world peace. Think how much the Church works for peace. This is my way of viewing diplomacy.”

This is what Cardinal Secretary of State Pietro Parolin had to say in an Easter interview with José Luis Restán, editorial director of the Spanish radio network COPE.

The interview covered a wide range of topics: the role of the Secretary of State and his service alongside the Pope, the reform of the Curia, conflicts within the Church, the reality of the Church in China, the journey to Iraq, and the Church’s mission in Europe.

Cardinal Parolin, who has wide understanding the Church around the world, spoke about his vocation and how 40 years ago he was offered an opportunity to be of service to the Pope.

“I believe that my fundamental vocation is that of a priest. I felt the call, and I still feel called to be a priest, a minister of the Lord who serves souls in the Church,” he said, recalling how “there are different ways of exercising priestly ministry” and how ecclesiastical diplomacy is one of them.

“I have never found a contradiction between being a priest and being a diplomat, also because, especially after the Second Vatican Council, “the task of the Nuncios is a pastoral task,” aimed at “strengthening the ties between the Holy See and the local churches,” he explained.

The task of the Secretary of State, he added, will continue unchanged even when the reform of the Roman Curia being prepared by the Pope is finished. A new Apostolic Constitution on the Curia will replace one currently in force, probably keeping the first words in its title, “Praedicate Evangelium”.

The Secretary of State will therefore continue to coordinate the Secretariat of State, the office that closely assists the Holy Father in governing the Church, with its three sections: General Affairs, Relations with States, and Diplomatic Personnel. “The Secretary of State will continue to coordinate these three sections,” he pointed out, “and to work above all, I believe, in ecclesiastical diplomacy.”

As an exceptional witness to Pope Francis’ pontificate, Cardinal Parolin recalled his surprise when eight years ago, still serving as Apostolic Nuncio to Venezuela, the Holy Father asked him to be his Secretary of State, just two months after his election to the papacy.

He recounted how their differences in personality have offered benefits for service to the Church. “It’s about transforming our differences into richness for the world,” as the Pope always says. “May it not become reason for disagreement,” he said, “but rather a collaboration, each with his point of view, style, sensitivity, preparation, culture, and spirituality,” working together.

A credible Church proclaiming the Gospel

Continuing his conversation about working with Pope Francis, Cardinal Parolin added that what is most striking about him is his great simplicity.

“When you get close to him, you realize that he is a simple man without formality,” he noted, a man who “cares a lot about relationships and closeness with others,” who “seeks to meet people”, also a characteristic of his way of working whose desire is to “make the Church more credible in proclaiming the Gospel.”

Concern over divisions within Church

On the subject of divisions within the Church between a so-called conservative wing and a so-called progressive wing, Cardinal Parolin stressed how this situation only causes harm to the Church, remembering Christ prayed for its unity.

“There is cause for concern,” he said, reflecting how the problem “probably stems from the fact that the Pope puts a lot of emphasis on reforming the Church, and there is a lot of confusion about that.”

The structure of the Church, the deposit of faith, the Sacraments, and apostolic ministry cannot be changed, but there are “whole areas in the life of the Church that can be renewed,” a life where we struggle in our weaknesses but that “needs to be continually renewed.”

He noted that sometimes these divisions and resistance arise from confusion, from the inability to distinguish “between what is essential and cannot change and what is not essential and must be reformed, must change according to the spirit of the Gospel.”

Hope for the Church in China

Addressing the reality of the Church in China, Cardinal Parolin stressed how the Holy See views it with great respect, given its history of enormous suffering, but also with great hope.

The steps taken so far “are in the right direction towards a reconciliation within the Church”, he explained, “even if they have not resolved all the problems that still exist and will probably take a long time to address”.

“What has been attempted and is being attempted”, he noted, “is to protect this community which is still small but has great strength and vitality. Everything that is being done is to assure a normal life for the Church in China,” to guarantee “space for religious freedom, and communion, because one cannot live in the Catholic Church without communion with the successor of Peter, with the Pope.”

Recalling the papal journey to Iraq and the encounter with a suffering Church that continues to struggle and live in a “climate of distrust and uncertainty that does not allow Christians to see a future in the country,” Cardinal Parolin pointed out the great lesson learned from the encounters with the Iraqi faithful.

“What they taught us is the witness of faith that goes as far as martyrdom. This is the great lesson we can draw from Iraqi Christians.”  Despite the attacks and killings, Christians continue to profess their Catholic faith with great courage. “This is a great lesson,” he added, and a call to solidarity. “They teach us about a capacity to be faithful despite all difficulties,” he noted, “but at the same time they ask us for more solidarity.

Loss of faith in Europe

Speaking about Europe and proposals for new legislation on ethical issues that are moving further and further away from Christian roots, the Cardinal Parolin admitted that he has noticed very much “the loss of faith” in these “anthropological changes that are taking place.”

He stressed that “losing the identity of the human person, more than a loss of faith” represents “a loss of reason.” As Pope Francis has also said numerous times, for example, “the question of abortion is not a religious question,” but a question of reason. And “most likely today, as Benedict XVI said, the fundamental problem is one of reason, not faith.”

Today more than ever, Cardinal Parolin concluded, we need prayers, and that all of us be united in prayer, so that the Lord may help us to be faithful “to the mission of witnessing to the Gospel and also to our belonging to the Church in today’s world.”

Share on FacebookShare on TwitterShare on PinterestShare on EmailShare on LinkedIn
Pope Francis at the Regina Coeli: ‘Never tire of seeking the risen Christ’One year later: How D.C. Catholic Charities is serving the most vulnerable during COVID-19