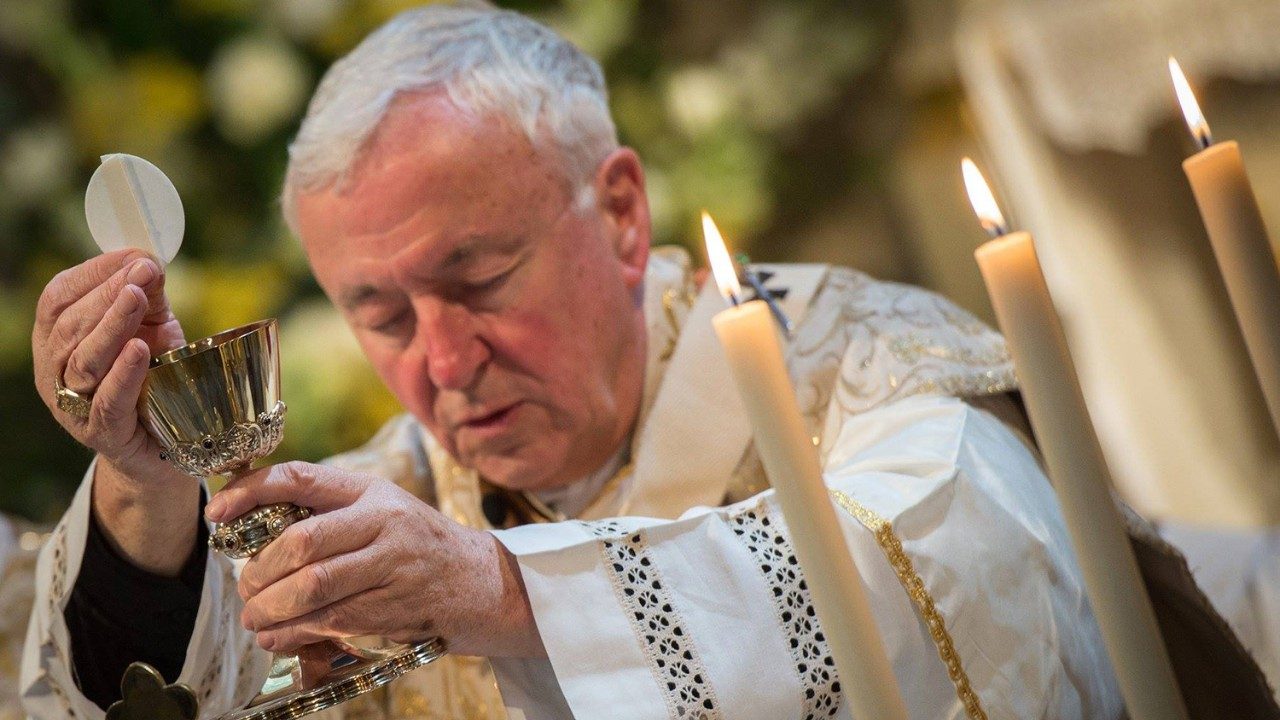 Following the opening Mass presided over by Pope Francis in St Peter’s Basilica on Thursday afternoon, the presidents of the Council of European Bishops’ Conferences (CCEE), started their Jubilee General Assembly in Rome on Friday.

Themed “CCEE: 50 years serving Europe, memory and perspectives in the context of Fratelli tutti”, the session runs until 26 September.

The focus of the assembly is on a number issues and challenges facing Europe today. These include migrants, family, life issues, climate change and the care for the environment, peace, and the rejection of war as a method for resolving conflicts.

Cardinal Vincent Nichols, Archbishop of Westminster, serves as the vice president of the CCEE. Speaking to Vatican News, the Cardinal reflected on how the Church “is always going back to its foundation”, which is Jesus, in her effort for renewal and to do better each day.”

Pope Francis, in his homily at the assembly’s opening Mass on Thursday, said Europe must “leave behind short-term expedience and return to the farsighted vision of the founding fathers.” He added that all Christians are called to “rebuild” Europe following the examples of its great saints and patrons. In order to help a “fatigued” continent rediscover “the ever-youthful face” of Jesus and the Church, Pope Francis said European bishops need to “reflect, rebuild and see”, keeping the Church’s “doors open to all”.

Going back to the Church’s foundation

Commenting on the Pope’s invitation, Cardinal Nichols said the Church can only be renewed in Jesus.

“We will always be renewed but from that source,” he said. “It is therefore a call for the Church, for everybody, to return to that source of Christ; and he will give us life.”

The English Catholic Primate further pointed out that one of the main challenges of the Church in Europe is “the depth of its history that has given rise to so much diversity across the Continent.”

However, noted Cardinal Nichols, European bishops share the truth of “what it means to be a human person,” and their mission remains that of answering to the “existential questions” of every man and woman, and of all time: i.e. who we are, what we do, where we come from, what is our destiny, how we manage together the path of life.

These existential questions, he added, need to be put in the context of the Trinity.

Cardinal Nichols also recalled an ancient story about the evangelization of England, which might offer an example for how European bishops can help revitalize Europe.

In 627, King Edwin had just escaped an assasination attempt and witnessed the birth of his daughter.

As the king faced death and new life, and sought answers for its meaning, one of his counselors gave a Christian-inspired answer, which Cardinal Nichols offered as an example.

“Our life is a little bit like a sparrow which flies in from the dark into the banquet hall and sees all the noise, excitement, and sadness of everything that is going on. But he then flies back out again into the dark.”

Cardinal Nichols said the Christian counselor to King Edwin offered him an explanation about “from where we come and where we are going to”.

The king then became a Christian and “set off one of the great waves of conversion in the north of England.”

The Council of European Bishops’ Conferences was established in 1971 and approved by Pope Paul VI.

Following the Holy Mass with the Pope on Thursday, and after gathering together at Peter’s tomb, the participants in the Plenary Assembly visited and prayed at the tombs of Pope St Paul VI and of all the popes who have accompanied the CCEE over the past 50 years.

Share on FacebookShare on TwitterShare on PinterestShare on EmailShare on LinkedIn
Holy See: Ensuring access to affordable and sustainable energy 'a moral duty'Iraqi Archbishop 'concerned' over local impact of Taliban's Afghan takeover