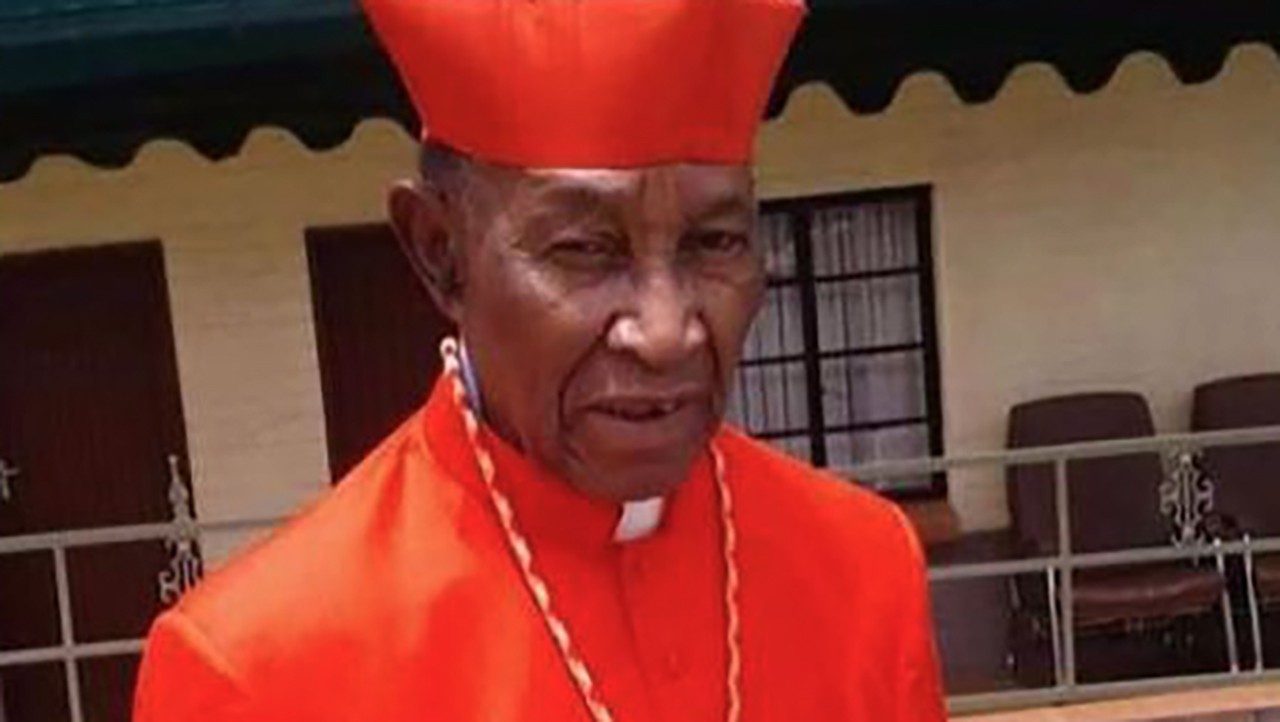 Cardinal Sebastian Koto Khoarai was born on September 11, 1929, in Koaling, in the diocese of Leribe, in what was then the British colony of Basutoland.  He was baptized at the age of eleven, on December 12, 1940, at St. Paul’s Church in Butha-Buthe.  He studied philosophy and theology at the major seminary of Saint Augustine, in the city of Roma (Lesotho), in the territory of the archdiocese of Maseru, which was then the capital of the kingdom.

He chose to join the congregation of the Oblates of Mary Immaculate and was admitted to the novitiate on January 5, 1950.  He made his religious profession on January 6, 1951.

Ordained a priest on December 21, 1956, he baptized his father two days later.  After holding several responsibilities in parishes and seminaries in the years in which the country was on its way to independence, the young priest was appointed the first national director of the Pontifical Mission Societies in Lesotho in 1975.

On November 10, 1977, Paul VI elected him as the first bishop of the newly created diocese of Mohale’s Hoek.  He was consecrated bishop on April 2, 1978.  In the years that followed, Bishop Khoarai led his flock assiduously, with the number of baptisms growing by more than 20 percent.  Mohale’s Hoek Diocese also saw a healthy growth in vocations to the priesthood, so much so that the major seminary could not accommodate all the candidates.

From 1982 to 1987, Bishop Khoarai was president of the Lesotho Bishops’ Conference. Thanks to his action, as well as the efforts of other bishops, the Catholic Church has become the prime educator of the small landlocked nation within South Africa, with a population of some 2 million people.

In May 2006, he handed in his resignation having crossed the canonical retirement age of 75 by nearly two years.  However, he continued serving his diocese as apostolic administrator until Pope Francis accepted his resignation on February 11, 2014, at 84 years of age.  The same day, the Pope appointed Fr. John Joale Tlhomola, S.C.P., as the new bishop of Mohale’s Hoek.

At the consistory of November 19, 2016, Pope Francis created Khoarai Bishop a cardinal. At age 87, he became Lesotho’s first cardinal.  Unfortunately, his health did not permit him to come to the Vatican to receive the cardinal’s red hat and the ring from the Pope.

Following his death, the number of cardinals worldwide now stands at 224, of whom 126 are below the age of 80 and, hence, are eligible to vote for a new pope