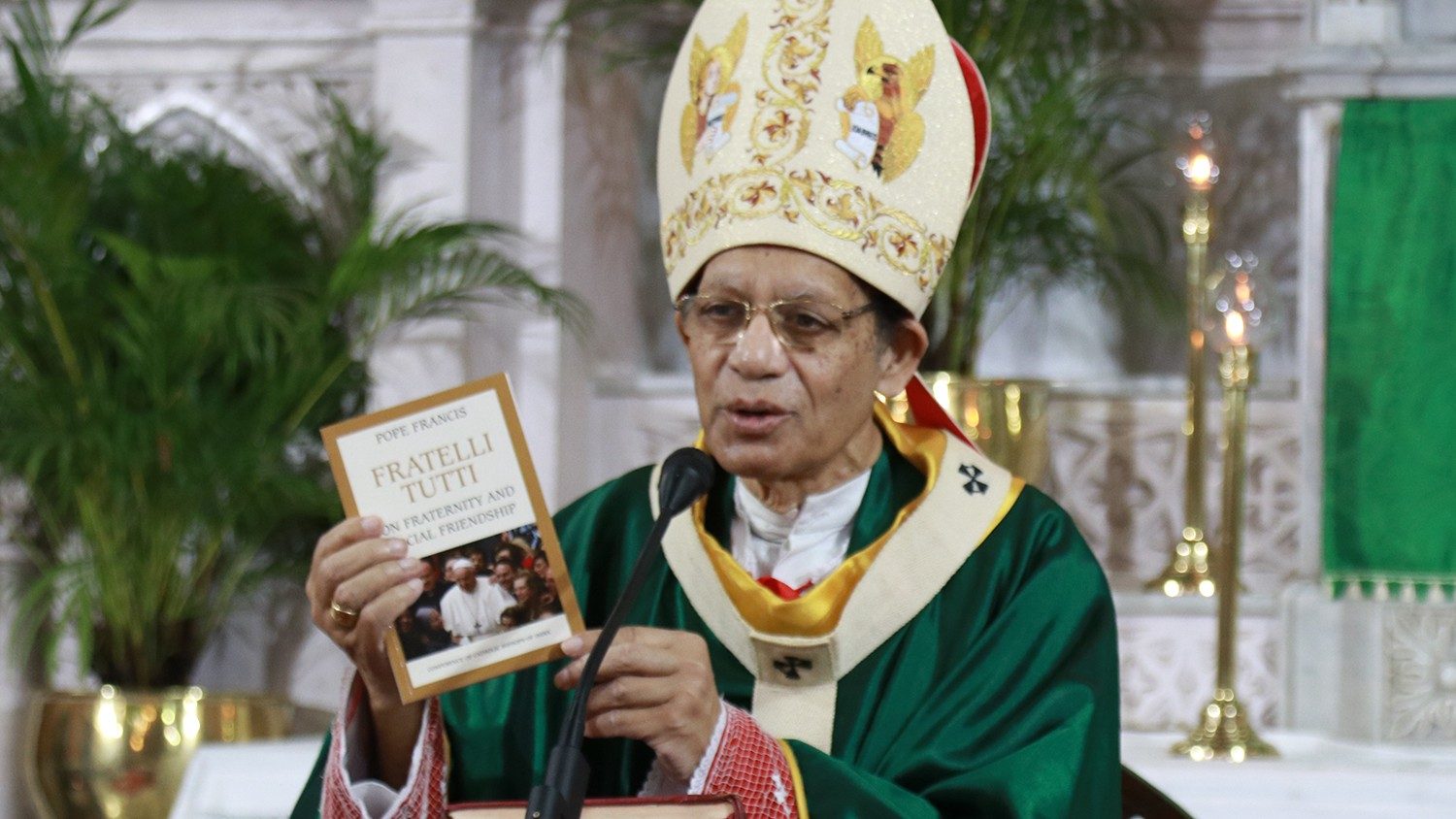 India’s Catholic Church has released its own English edition of the latest encyclical of Pope Francis, Fratelli tutti. Cardinal Oswald Gracias, Archbishop of Bombay, released the encyclical letter on fraternity and social friendship at the end of his online Mass at the Holy Name Cathedral on Sunday.

The Conference of Catholic Bishops of India (CCBI), which brings together the country’s Latin-rite bishops, has brought out the Indian edition in collaboration with the Bangalore-based Asian Trading Corporation Publishers (ATCP).

Backing the appeal of the Pope in the encyclical, Cardinal Gracias, who is president of the Catholic Bishops’ Conference of India (CBCI), appealed to everyone to transform the whole world into one family.

“The individualism focusing on I and mine,” the 75-year old cardinal said, “should be taken away from our life and we should become other-oriented persons.”

“We have the responsibility to promote brotherhood and solidarity and reach out to the poor and the suffering.”

He explained that when the Pope began writing, the pandemic had not broken out but later, the Pope included it in the encyclical. The cardinal said, “He had in mind to see how the whole world could become one family – brothers and sisters all together – that’s why the name is Fratelli tutti.”

“I’m very happy to release it. I recommend it to you because it’s very rich,” Cardinal Gracias said, adding that he read it twice already and hopes to make a deeper study of it again.

“The whole idea is we must be one family. Forget our differences, become brothers and sisters in solidarity, in brotherhood, in working together for the common home, ecology, all that is over here, rich.”

In the encyclical, Pope Francis himself admits that when he began writing it, the pandemic had not broken out. “As I was writing this letter,” he writes, “the Covid-19 pandemic unexpectedly erupted, exposing our false securities.” Mentioning the pandemic eight times, the Holy Father reinforces his appeal call to fraternity and social friendship.

“True, a worldwide tragedy like the Covid-19 pandemic,” he writes, “momentarily revived the sense that we are a global community, all in the same boat, where one person’s problems are the problems of all.”

“Once more we realized that no one is saved alone; we can only be saved together.”

Fratelli tutti has a universal appeal as the Pope refers to great figures such as Mahatma Gandhi, Rabbi Hillel, Martin Luther King Jr., Desmond Tutu and the Grand Imam Ahmad Al-Tayyeb of Al-Azhar as promoters of universal fraternity.

Pope Francis borrowed the title, Fratelli tutti, from the “Admonitions” of the popular 13th century saint and patron of Italy, Saint Francis of Assisi, whose name the Argentine pontiff assumed on being elected Pope in 2013.

Along with Fratelli tutti, Cardinal Gracias also announced the release of Strong in the Face of Tribulation, a collection of Pope Francis’s homilies during his televised Masses from Casa Santa Marta during the initial lockdown in Italy, prayers from the Church’s tradition and other texts.

Share on FacebookShare on TwitterShare on PinterestShare on EmailShare on LinkedIn
Covid-19: Ireland to impose stricter curbsInspired by Gospel, Christians need to be active in society, pope says