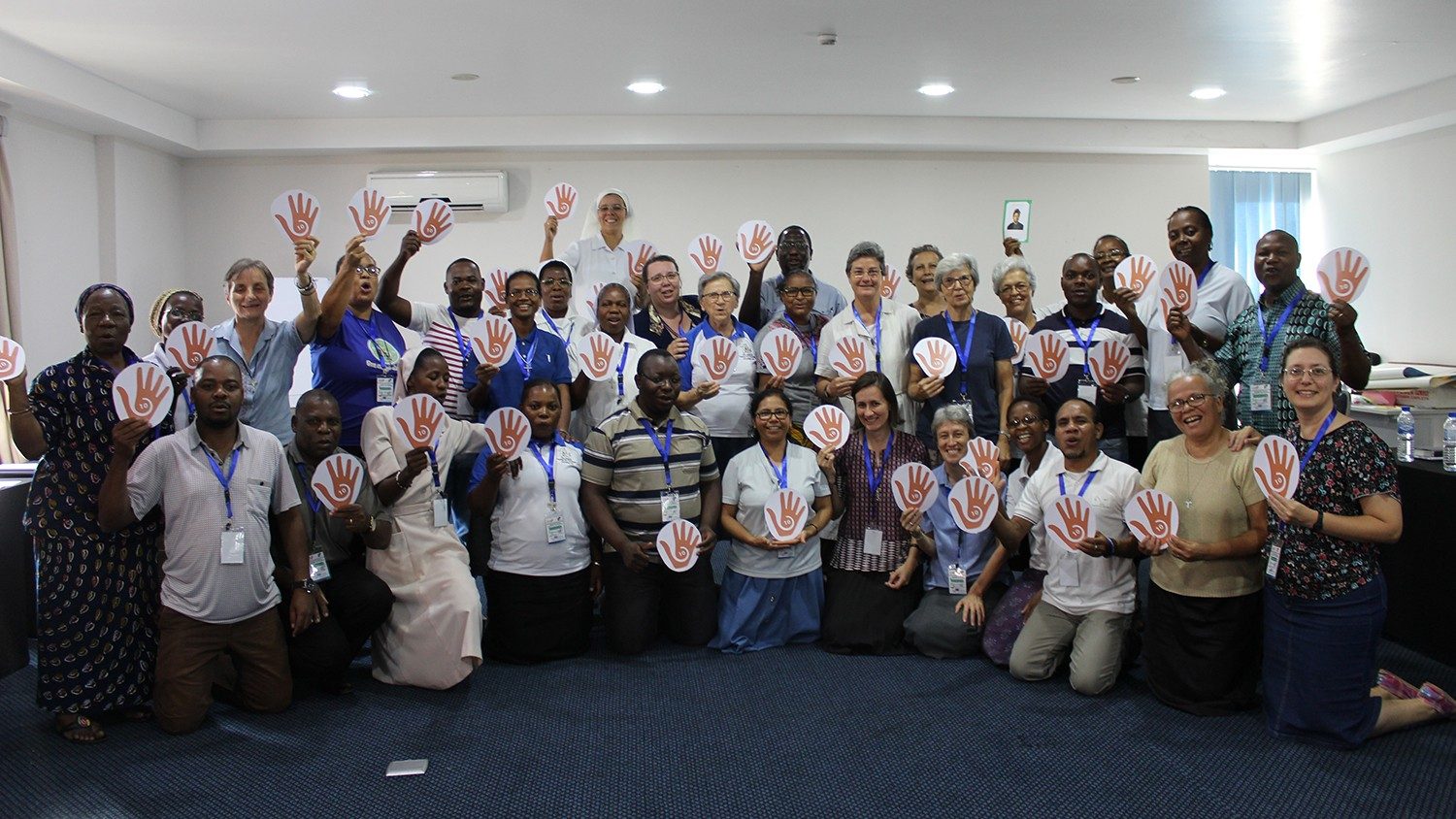 July 30 is World Day Against Trafficking in Persons. This year’s theme puts the spotlight on those acting as first responders.

Cardinal Michael Czerny, Under-secretary of the Migrants and Refugees Section of the Dicastery for Promoting Integral Human Development, spoke to Vatican News about the commemoration. Cardinal Czerny identifies who the first responders to victims of human trafficking are in the Catholic Church, and talked about the pervasiveness of the crime.

First responders in the Church

Cardinal Czerny stated that women religious are not only the Church’s first responders to victims of human trafficking. Sisters are also the “second, third, fourth and fifth responders in the Church.” He expanded on that idea, saying that women religious “around the world have discovered, invented, developed the ministry to victims of human trafficking.” Today they are also involved in prevention, rescue, rehabilitation, reintegration and raising awareness, he said, which shows that “their ministry is more developed than at the beginning.”

“Talitha kum,” is the name of the network of women religious to which Cardinal Czerny was referring. They are under the direction of the International Union of Superiors General (UISG) and were founded 10 years ago. As Cardinal Czerny said, their name refers “to the expression of Jesus to the little girl who has died, ‘Little girl, get up! Arise! Come back to life!”

The Pope recognizes how endemic human trafficking is, the Cardinal continued. He “recognizes the fact that this is a deep-seated and pervasive phenomenon” and is the result of a “sinful social structure that really runs through practically all of human reality.” “It’s everywhere,” the Cardinal said.

Cardinal Czerny added that the Pope is “realistically patient” regarding the probability of changing the structure, but “impatient” at the same time. “He realizes that this is not one of these problems that admits of overnight solutions. It’s going to take a long, long time. It is taking a long time.”

Strides made in 10 years

Therefore, the perseverance of those involved as first responders to victims of human trafficking are to be appreciated, Cardinal Czerny said.

In just 10 years, their efforts have led to the fact that the issue is so out in the open that the United Nations has set aside a day to raise awareness. “Ten years ago this would have not crossed anybody’s mind,” the Cardinal emphasized. “It’s taken ten years, fifteen years, twenty years even to get this to the point where we talk about it, we have days to remember it, we know what the word ‘traffic’ means and so on.”

Listen to our interview with Cardinal Michael Czerny

Anyone, no matter what religious affiliation, can take steps to counter human trafficking, the Cardinal explained.

“Every inhabitant on the planet should… open their eyes, open their ears and open their hearts. As long as we keep our eyes closed and our ears closed, and continue to pretend that human trafficking is something that barbarians do on the other side of the world, it’s going to continue, and it’s going to get worse. Human trafficking is going on in our neighborhoods; it’s going on in your own neighborhood. But now with the pandemic, it’s also going on in your living room, because obviously this enormous increase in human trafficking and in online prostitution and so forth much, or nearly all of it, takes place electronically. And if you say, ‘I didn’t know that,’ well, that means you have your eyes closed. And if you say that ‘Well, but nobody in my household, nobody in my condominium could have possibly…’ I’m sorry, but that’s not true.”