Cardinal Bo: Easter must start the process of healing Myanmar 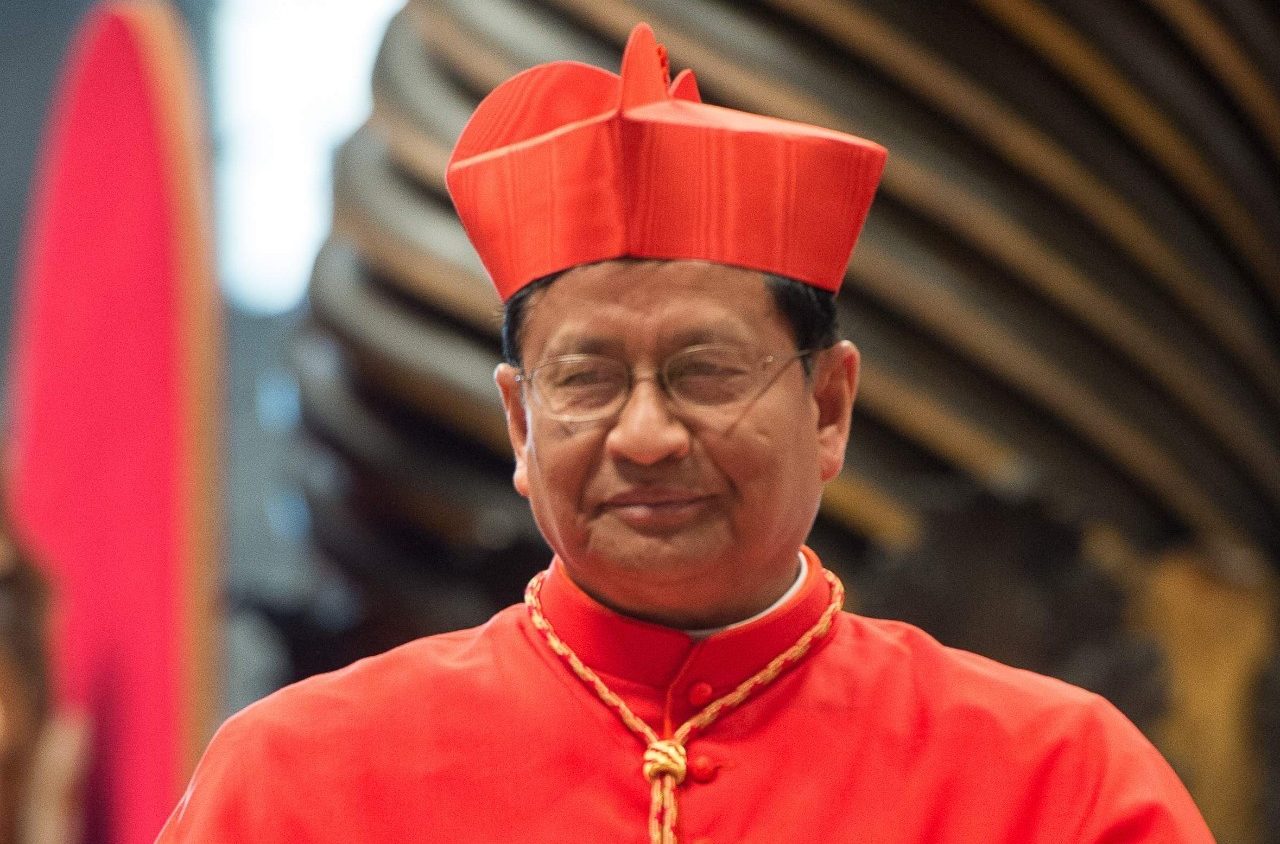 As Holy Week gradually progresses toward Easter Sunday, Cardinal Charles Maung Bo of the Archdiocese of Yangon shares an Easter message, bringing the hope of the resurrection of Christ to the citizens of Myanmar who are experiencing difficult times.

Mass protests have been taking place in the Southeast Asian country since the military seized control of Myanmar on 1 February. The Junta took over following a general election which Aung San Suu Kyi’s National League for Democracy (NLD) party won. The armed forces had backed the opposition who were demanding an election rerun, claiming widespread fraud during the voting.

Several hundreds of people have been killed in the ongoing protests and many other injured. The army has also declared a national state of emergency for one year.

The Cardinal highlights that the Easter celebration comes during “the saddest days in Myanmar’s history.”

“For the last two months, our people have walked through a real way of the Cross. They continue to be on the mount Calvary. Hundreds have been killed. A blood bath has flown on our sacred land.  Young and old and even the children have been mercilessly killed. Dark days. Thousands are arrested and thrown into jail. Thousands are on the run escaping arrests. Millions are starving.”

In the face of this situation, Cardinal Bo notes that it is normal for many to question like the Biblical Job, “where is God? Why has our God who promised not to forget us, even if the mother forgets us, seemed to have abandoned us?”

These, he said, “are the questions of the wounded people.”

Easter is the reminder of hope

In spite of the difficult moments, Cardinal Bo insists that “Easter must start the process of healing this nation” as a wounded nation can find solace in Christ who underwent all that Myanmar is undergoing.

“He was tortured, he was abused and he was killed on the Cross by arrogant powers.  He felt the same sense of abandonment by God, felt by so many of our Youth,  as he cried out from the Cross: Eli, Eli, lama sabachthani?  My God, my God, why hast Thou forsaken me.”

However, notes the Cardinal, God in his glory has given Jesus the victory through resurrection. The message of the Cross ends in the glory of resurrection…So with courage, we proclaim the battle cry of the oppressed: Jesus has risen, Hallelujah!

Consolation from the scriptures

Returning to the liturgical readings of the day, Cardinal Bo highlights the message of consolation from the scriptures.

He notes that the first reading from Genesis says that we are created in God’s image. In this sense, “our infinite worth is linked to God” therefore, “anyone who kills God’s innocent people will have to answer to God… He is not only a God of love but he is also God of Justice. He stands with the most vulnerable.”

The second reading from the Book of Exodus highlights the suffering of the Hebrew slaves in Egypt and their search for freedom and a promised land. The Cardinal notes that this is “an exhilarating example to anyone struggling for justice and human dignity” because “when people struggle for Justice, it is God who takes sides with the oppressed and knocks down all arrogant Pharaohs.”

At the same time, in the Epistle to the Romans, St. Paul consoles those who are crucified unjustly, said the Cardinal. “We know for the last two months, Myanmar witnessed a real-time way of the Cross.  Torture, abuse, merciless killings made it the 21st Century Calvary. As brutality spread everywhere, depression and loss of faith crept in.”

However, as St. Paul says, “if then, we have died with Christ, we believe that we shall also live with him,” notes Cardinal Bo. Therefore, “the way of the Cross of Myanmar will never go in vain.  It will end in the resurrection of freedom, democracy and peace and prosperity to all.”

In the Gospel, the three women go to the grave to anoint Jesus’ body but find an empty tomb. There, they were given a message of hope – “one of victory of light over darkness. The victory of good over evil.”

Cardinal Bo points out two powerful symbols of the Resurrection: An empty grave opened and a tortured and crucified Jesus resurrected in glory, knocking out the darkness.

Explaining, the Cardinal appealed that “all graves be opened” as the plight of the nation for the last two years is “sad”. He notes that Myanmar buried more than 3000 people during Covid and has buried more than 500 more during the coup.

“We have suffered 70 years. We thought democracy was the light – the prophecy of Isiah which said the people who have walked in darkness have seen the light!  Let the dreams of democracy buried for the last two months in the graves of oppression be resurrected.”

Cardinal Bo goes on to highlight four contextual elements of Resurrection: He appeals that democracy be resurrected and for the coup to end as soon as possible; he also calls for the civil government that was aborted to be resurrected and for the army to return to its barracks and not attack or kill civilians. At the same time, he advocates that hatred between ethnic groups and religions be buried forever, and for the past seven decades of totalitarian rule in Myanmar to be buried.

Addressing a message to the protesters, Cardinal Bo appeals for peace and reconciliation which – though unpopular – springs from Jesus “who despite all the torture and pain inflicted on the way of the Cross, could say magnanimously from the Cross about his torturers: Father forgive them; they do not know what they do.”

“The message of the Bible is simple”, the Cardinal insists. “Reconciliation. Humanization of your enemy. Give him the benefit of love.”

He went on to emphasize that even as a strategy, the Youth of Myanmar must embrace non-violence as “more non-violent struggles succeeded in the twentieth century than violent ones” and they attract a large section of the population and win the admiration of the world.

Further lamenting the death of young people who “died young, donating their body and blood to the future of others” the Cardinal noted that the struggle is not only for democracy but also for humanity, for “this struggle has awakened a huge wave of humanity and fellowship among all people.”

“So, adopt non-violent methods,” the Cardinal urged. “Do not die unnecessarily. If you live long, democracy is strengthened, the evil is weakened.  The enemy knows only one language: ruthless violence. Silence that language. He wants you to draw into his violent turf, where he is powerful. Deny him that turf advantage. Defeat him with love, defeat him with humanity. That was the message of the Cross. That is the destiny of this nation.”

Concluding, the Cardinal expressed his desire that “a new Myanmar of peace and prosperity may rise from the grave of hatred and darkness.” It is only then, he insists, that the “youth, Civil society, ethnic communities, all religions will join together and celebrate a new Easter of Resurrected Myanmar.”

Share on FacebookShare on TwitterShare on PinterestShare on EmailShare on LinkedIn
Survey: Two-thirds of Catholics say Biden should be able to receive Communion500 years since first Mass in the Philippines