Home Test page Card. Bo: God asks Myanmar people to reach out to others through their ‘five senses’

Card. Bo: God asks Myanmar people to reach out to others through their ‘five senses’ 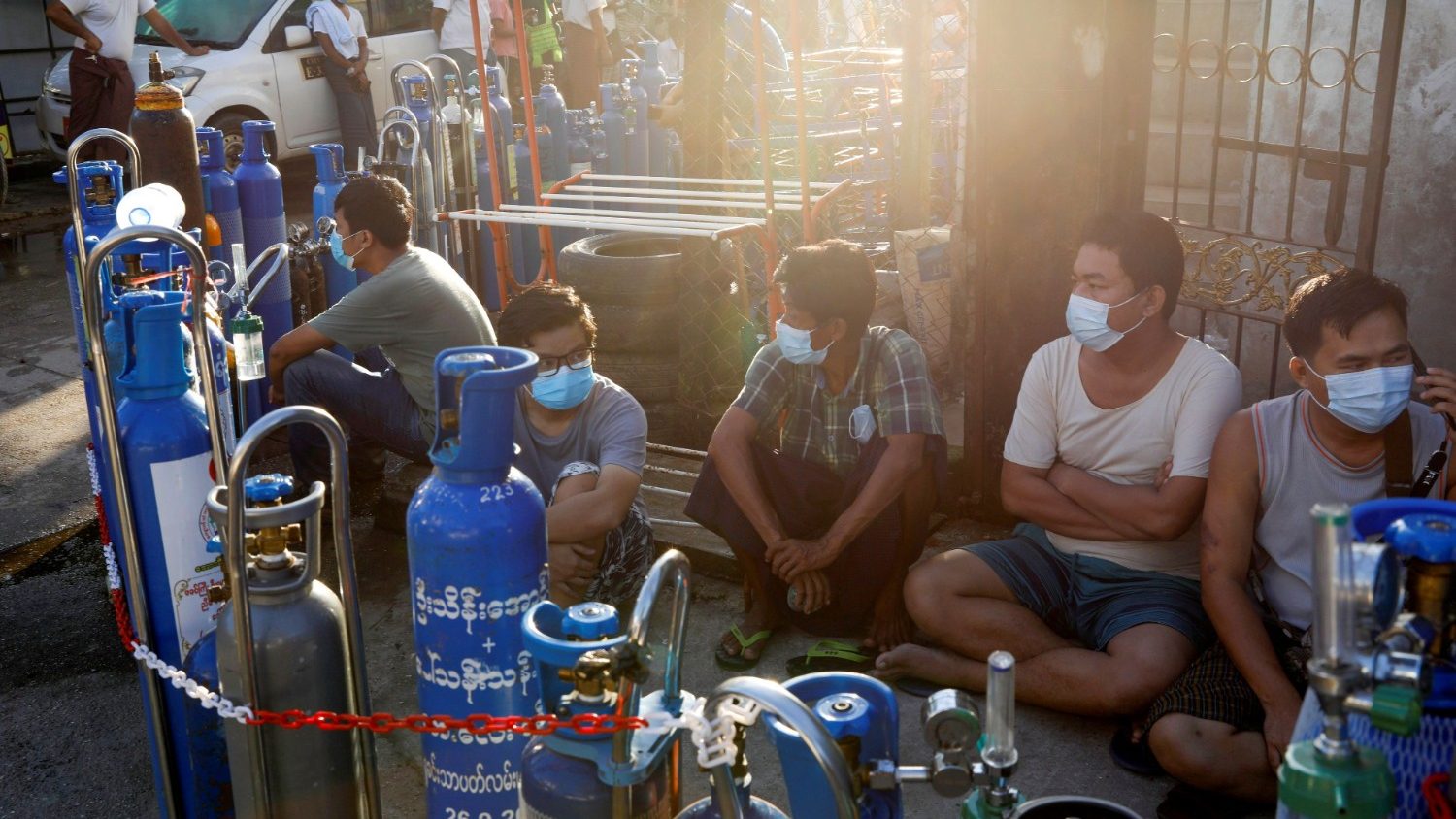 As Myanmar continues to reel under the triple disaster of the Covid-19 pandemic, the conflict and the collapse of the economy, resulting in starvation, unemployment, displacement and the deaths of hundreds due to the conflict and lack of medicine and oxygen, God is asking the people to reach out to others through “our five senses”, just as Jesus did when he fed the crowd multiplying the 5 loaves.

Myanmar Cardinal Charles Bo of Yangon made the call in his homily at Mass on July 25, drawing an analogy between the miracle of Jesus as narrated in John’s Gospel and Myanmar’s dire situation.

The impoverished nation has been thrown into an unprecedented crisis by the February 1 military coup, that ousted Aung San Suu Kyi and her elected government. Since then, anti-coup protests and a civil disobedience movement have brought the economy to its knees, with prices of food and essential goods skyrocketing.

The military has re-ignited its old conflicts with armed ethnic groups, forcing some 211,000 to flee their homes.

The situation has been exacerbated by a devastating surge in the Covid-19 pandemic, with hospitals non-functional and an acute shortage of medical oxygen.  As of Sunday, Myanmar recorded 355 deaths, its highest daily count, taking the total to 7,111.  There were 4,998 fresh cases of infection, taking the total to 269,525.  The country has over 77,000 active cases.

As hospitals are empty and healthcare practically non-existent, because of the strike and civil disobedience movement against the military junta, volunteers are going house-to-house to provide health care and collect bodies for burials.

Among the recent Covid deaths has been Bishop John Hsane Hgyi of Pathein, who died on July 22.  Cardinal Bo, who is president of the Catholic Bishops’ Conference of Myanmar (CBCM), condoled his brother bishop saying the “amiable shepherd”, “compassionate pastor, a kind bishop, an erudite scholar and the ever-smiling accompanier of the weak and the vulnerable, fell a victim to the cruel virus”.

The Salesian cardinal said the Mass readings speak about the hunger of the Israelites in the desert and Jesus feeding the crowd.  “After six months of unbearable suffering,” he noted that perhaps “many people are angry with God, for not coming to their aid”.  Myanmar is experiencing “excruciating hunger” for food, medicine, medical care, oxygen and for peace based on justice.   With the journey long and the “promised land” seeming to recede, murmurings and disunity appear to strengthen the hand of the evil.

Rich in people and resources

The 72-year-old cardinal pointed out that God has greatly blessed Myanmar with rich natural resources and “a grace-filled people”.  These resources are God’s five loaves to Myanmar to feed its 55 million people. Yet, he lamented, “God’s gift is still eluding our people.” The United Nation’s World Food Programme (WFP) has warned that 3.4 million people are at the risk of chronic starvation in Myanmar.

What is needed is “the incarnation of God’s ‘compassion’ or ‘karuna’, which drew Jesus to human suffering.   The cardinal said, Jesus “sees our people dying without oxygen, without medicine.”  He sees our people waiting at the cemeteries to bury their dear ones, he sees the tears and brokenness of our displaced people.”  “We pray that He gives us the five loaves of consolation, healing, peace, justice and prosperity.”

Miracle of the 5 ‘senses’

“God never remains silent.  He comes at His time…” said the cardinal, who is also president of the Federation of Asian Bishops’ Conferences (FABC).  “His response will start with each one of us. At this moment, when the pandemic rages, he said, God is asking the people of Myanmar to work the miracle of the five loaves through the five senses of sight, sound, smell, taste and touch.

The cardinal urged the people not to shut their eyes but to see the suffering of the people with the compassionate eyes of Jesus.  Like Jesus, they should hear and respond to the cry of thousands of people for help, for oxygen and medicine.  Like Jesus, they should also taste and feel the sorrow of the people and reach out to them.  Like the Good Shepherd, the Church should also be close to its sheep and smell like them, ministering to them in care centres and homes where the infected live.  And finally, the Lord wants the people to reach out to the suffering with their touch.

Share on FacebookShare on TwitterShare on PinterestShare on EmailShare on LinkedIn
Jesuit Bernd Hagenkord: The life of a papal journalistFr. Jacques Hamel: Catholic priest honored 5 years after he was killed at Mass in terrorist attack