Card. Bo denounces Myanmar’s “leaders” who fail in their responsibilities 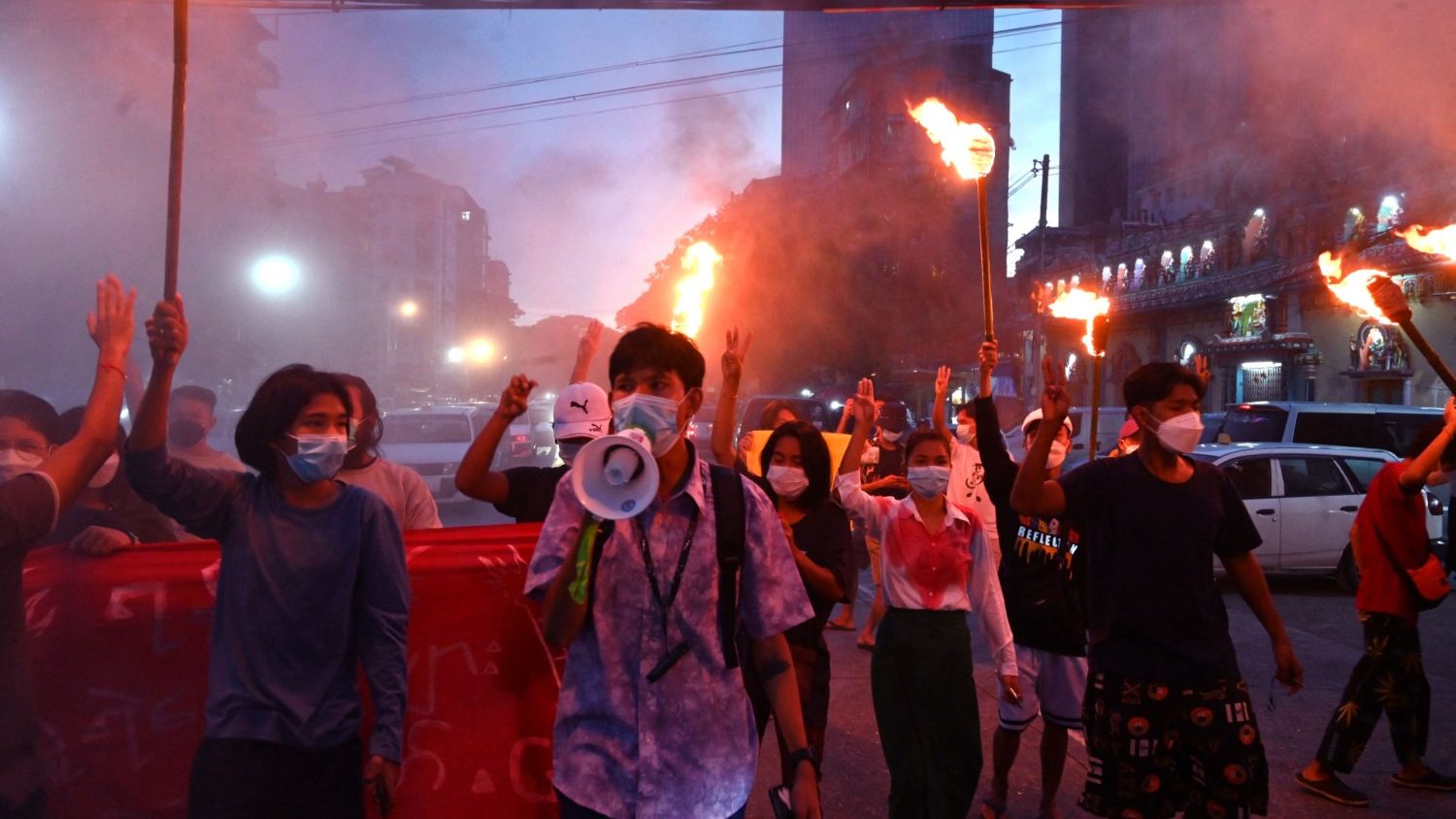 Myanmar’s leading Catholic Churchman has lashed out against the “so-called leaders of the time” saying they have “failed in their leadership roles and responsibilities”.  Delivering a homily at Mass on Sunday at the St. Mary’s Cathedral, Cardinal Charles Bo used the day’s scripture readings to expose the country’s “leaders”, saying they have sown death and despair in Myanmar by pitting the laws and regulations of their ‘head’ against the people’s ‘heart’.

Eighteen months of Covid-19 with loss of life and livelihood, 7 months of civil strife, disappointment, death and despair, he said, are “the litany of natural and man-made disasters” that have extended “a long night of silent tears” of the people of Myanmar.   He was referring to the woes of the southeast Asian nation following the military coup of February 1 that deposed the elected government of Aung San Suu Kyi.  However, the cardinal, who is president of the Catholic Bishops Conference of Myanmar (CBCM), regarded the people as great as they are “armed with personal morality and generosity”.

The head and the heart

The 72-year-old cardinal drew attention to the Letter of St. James, which urges Christians to be doers of the Word and not just hearers, and Mark’s Gospel, where Jesus denounces the legalistic observance of the law against the commandment of love and compassion.  The Pharisees and scribes had challenged Jesus as His disciples had not cleaned themselves before eating.  Cardinal Bo said the readings call for a person’s journey “from the head to the heart”, “towards greater authenticity in personal life and the life of the nation”, marked by love.

“The deaths and despair of the last seven months are based on the laws and regulations of the head”, which, he said, are pitted against the people’s ‘heart’, which symbolizes “love”. “Go beyond the law into love: move from the legalistic, law-oriented mind towards love-oriented heart,” the cardinal urged, adding that the heart, which is the source of defilement, as Jesus says, needs cleansing.

Life-long journey from the head to the heart

Physically, the distance between the head and the heart, the cardinal pointed out, is only about 18 inches, but the journey from the head, full of concepts, laws and ideas to a heart full of love is a lifelong journey.  “Authenticity is achieved when there is harmony between the head and the heart”, from being “a Pharisees to the disciple of Jesus”, from oppressive governments to the Kingdom of God, from untruth to truth.

Cardinal Bo urged his fellow citizens to rebuild themselves by  “bringing the compassionate heart into our lives”.   The dichotomy between the head and the heart of “those who rule us “ he said, has only “brought great agony”.

Alluding to the country’s junta that is buying weapons from “all over the world” to consolidate its hold on power,” Cardinal Bo urged, “let us arm ourselves with love for one another”.   True authenticity,” he added, “comes ultimately through love.”