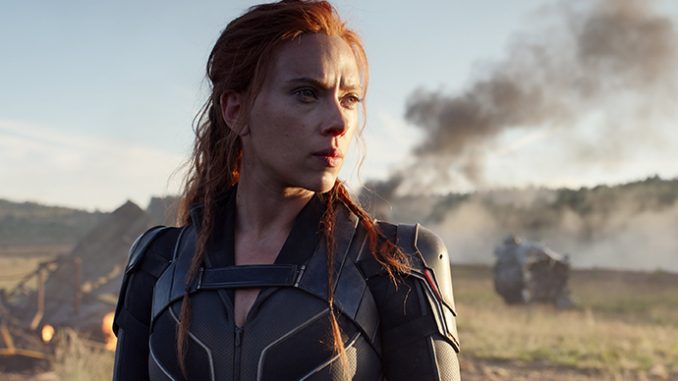 Black Widow was never the strongest character in the Marvel Cinematic Universe (MCU). She doesn’t have any superpowers, rarely quips, and was introduced as little more than eye candy in 2010’s Iron Man 2. Producer Peter Feige tried to flesh her out as the decade rolled on—even giving her an extremely awkward quasi-romance with Bruce Banne—but even her heroic death in Endgame came off as underwhelming. From the beginning, many fans were clamoring for a stand-alone film, which no female Avenger had yet had (it was even the subject of quite funny SNL skit).

That honor would eventually go to Captain Marvel, but Black Widow finally gets her shot in the first post-lockdown MCU movie. In a pleasant surprise, it’s one of the better in the series, managing to 1) make the protagonist more compelling and relatable, 2) speak on important themes of our time, and 3) still be a fun action romp that can be enjoyed for the ages. Perhaps I underestimated Natasha. I wouldn’t be the first.

The film begins (spoiler alert!) with one of the best intros in any Marvel outing. At first, the audience is led to believe Natasha Romanoff (Scarlett Johansson) had an idyllic childhood in suburban Ohio: barbeques in the backyard, awkward middle school dances, and experimenting with hair color. One day, her dad comes home and announces that it’s “time to go.” He promptly turns over a roadblock with one hand, ushering his wife and two daughters into small private plane brandishing an AK-47. It turns out she was raised by a pair of Russian spies for three years before being whisked back to the motherland for training to become a “Widow,” part of Russia’s elite team of heartless female assassins. Twenty years later, she has defected to the West, joined the Avengers, and is now on the run after breaking the Sokovia Accords.

One day, she receives a mysterious package from her state-assigned “sister” Yelena (Florence Paugh), another fellow Widow. It turns out the program went underground after the fall of the Soviet Union and now its leader Dreykov (Ray Winstone) uses a chemical to alter the brain chemistry of his “girls”. They cannot even breathe without his permission. The package contains the only antidote. This leads them on a painful journey through the past. They find their “father” Alexei (David Harbour), now rotting in a high security prison. During the glory days of the Soviet Union, he was the Red Guardian, a super soldier and Communist foil to Captain America. Their “mother” Melina (Rachel Weiz) still works for Dreykov as a behavioral scientist and is their best way to infiltrate and destroy the organization. It’s not the best family reunion, but there have been worse.

The nuclear family has always been a problem for Communism. Its basis is found in natural law rather than political design and is a, well, natural alternative for truth and authority away from the state. If the family must exist in a communist system, it must exist to serve the cause. Hence, Alexei’s family was bonded not by blood but ideology. He and Melina needed two daughters to make their ruse work. Yet once you get a taste of “the domestic seminary,” it’s hard to believe the state loves you more. “Our family was fake,” Natasha tells Yelena. “It wasn’t fake to me,” she insists.

Melina, the scientist essentially responsible for creating the mind-altering program, comes to see its evil once she hears the testimony of her daughters. Dreykov may no longer be formally associated with the extinct Soviet Union, but he is Communism taken to its logical conclusion: the elimination of freewill and total conformity to the party. But people are not machines; they are men, made in the image of God. One of the most essential expressions of this is freedom.

When the Black Widow film was announced, there was a great deal of speculation about how much feminist content would be included. This was in no little part due to its star and executive producer Scarlett Johansson, who was a vocal and controversial leader of the #metoo movement, even going after allies for lack of wokeness. Happily, the film takes a more general approach, using the serum as a metaphor for the abuse, violence, and inhumanity women have faced for millennia and still encounter today.

The villain himself is the archetype of Susanna’s Elders: fat, old, violent, and obsessed with control. Upon entry into the Widow Program, he gives every twelve-year-old girl an involuntary hysterectomy and fuses his own pheromones into their DNA, making them incapable of hurting him. Their femininity is literally removed. Thus, what makes a woman truly “free” is not simply the ability to act according to one’s own will but to act according to their God given biology, a theme taken (probably quite unintentionally) straight from Theology of the Body.

Any attempt in 2021 to undermine socialism is wonderful, but Black Widow is fantastic as a work of pure entertainment as well. The action scenes are ridiculous but fun. The performances, especially Paugh and Hourbor, are alternatively poignant and hilarious. This is not just one of the better MCU films but stellar on any cinematic level. Truth, justice, and freedom still ring true, now more than ever.

Share on FacebookShare on TwitterShare on PinterestShare on EmailShare on LinkedIn
From child soldier to Catholic priest: Father Mbikoyo lives to give hope to the hopelessAsia Bibi wants to be a voice for persecuted Christians around the world