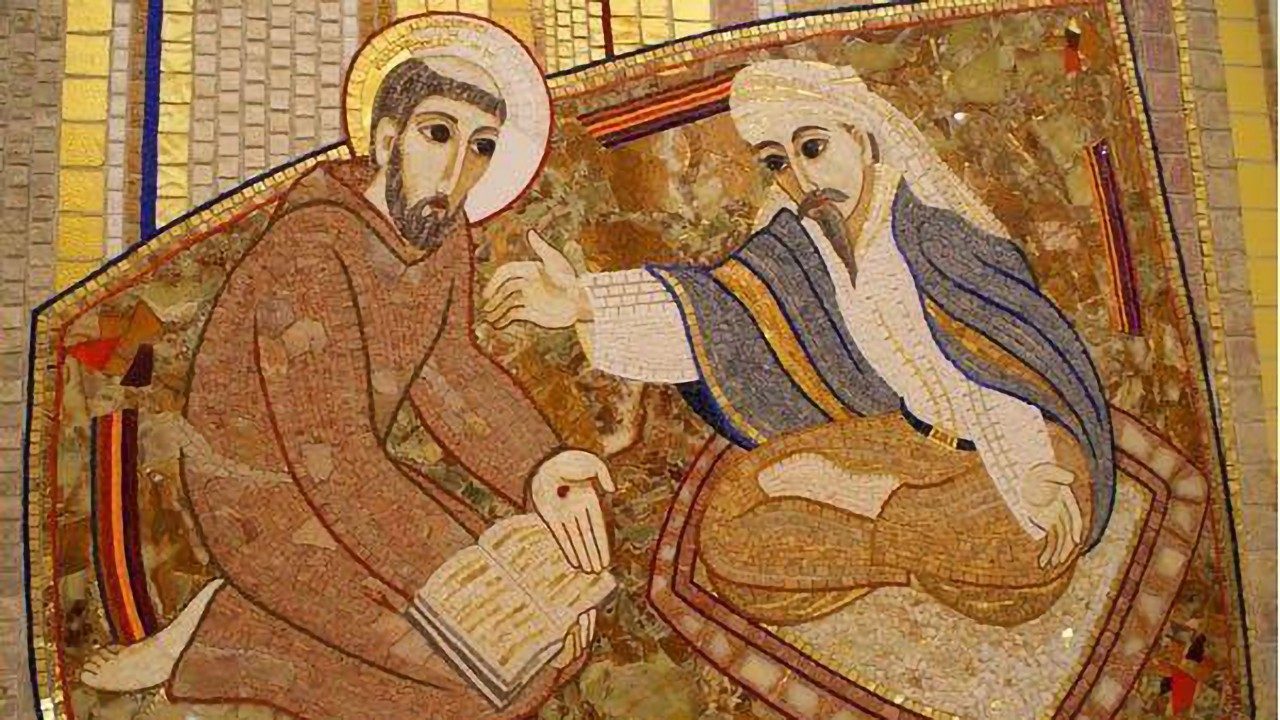 Francis of Assisi continues to inspire the Pope, the first in history to take his name. Five years ago it was the Canticle of the Sun, with its praise to God for all of Creation, that provided a vision for his Encyclical Laudato Si’. This time, fraternity (and social friendship) is at the focus of his new magisterial document that he will sign this coming 3 October, right where the Poverello lived.

But what are, or better yet, who are brothers, for Saint Francis? An intimate and revealing response can be found at the beginning of his Testament, where, after having recounted his meeting with the leper – who Christ had led him to because he disgusted them – said:

“And after that the Lord gave me brothers, no one showed me what I had to do, but the same Most High revealed to me that I had to live according to the form of the holy Gospel.”

The frati, the brethren, as presented by Francis, are above all a gift from God. They are an unexpected and, to be honest, a painless gift, because they make him face a new situation that “forced” him to ask the Lord for help because nobody knew what to tell him to do.

For us, our brothers are not a “conquest”, even less are they what we desire them to be. They are living works of the Creator, freely offered to each one of us. They are given and thus we cannot choose them nor possess them, but only welcome and love them as they are with their weakness and diversity, those differences (and at times dissonances) which in the end only the Lord can recompose because, as the Pope would say, we do not create harmony, the Holy Spirit does.

What Francis of Assisi clearly demonstrates and which finds confirmation in this quintessential written text recounting the conclusive parable of his earthly life, is that fraternity for him was not an idea, an abstract theory, but a concrete fact, a life-changing experience.

Alongside this historic fact, even more relevant because it is the source of his teaching on fraternity, we discover that for Saint Francis there is no fraternity without the recognition and acceptance that we are children of a common heavenly Father.

All of us are brothers because all of us are children of the same Father. No one is, therefore, a stranger to another. This change in perspective set in motion a revolution in Francis’s life leading him to make surprising choices, such as his celebrated visit to the Sultan of Egypt. This is the nucleus of the Saint of Assisi’s conversion, and we could say of the conversion of every man and woman who has authentically encountered Jesus Christ. If we, in fact, do not recognize the common project of love the Father has for us, being brothers is simply not enough. Not even biologically. After all, a blood-brother killed Abel. And Cain killed him because hate had sealed his eyes which could no longer see the Father’s love, which did not even recognize his brother.

Fraternity for Francis of Assisi is not a “static” gift, an end in itself. It is nourished and grows through charity. In addition, it always leads to peace. Relationships with one’s brothers and sisters trace a path, initiate a process that develops along a dimension leading to communion. It is after an encounter with his frati, his brethren, that the Lord reveals to St Francis that he must live the Gospel sine glossa, and must even go beyond that: he must conform himself to it, taking the same form as the “holy Gospel”. He does this radically, “without tranquilizers” to use another efficacious term from Pope Francis.

For the Patron of Italy, taking care of others as oneself becomes the way and the privileged space for evangelization. A frate, a brother who retreats in isolation cannot exist. That would be a contradiction, a counter-witness. For Saint Francis, in fact, the more love toward the Father grows, the more is love reinforced toward one’s brother in whom the face of the Creator is discovered. This love expands in Saint Francis until it reaches cosmic proportions because fraternity embraces every creature: even the Sun is called brother, and the Moon, sister.

Eight centuries later, notwithstanding the increase in egoism and the construction of every type of barrier, the world is still  thirsty for fraternity and paternity. This is what it is constantly looking for. The witness of the Poverello of Assisi, the one who wanted to be a brother to everyone, is as contemporary as ever. He still exhorts us, together with his namesake Pope Francis, to walk the way of fraternity.