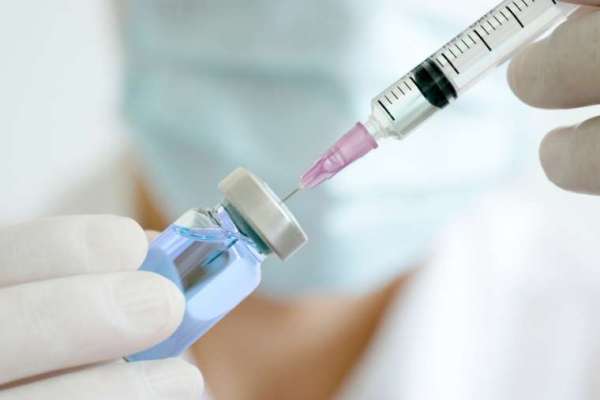 Lima, Peru, Feb 19, 2021 / 03:55 pm (CNA).- The Peruvian bishops’ conference on Thursday condemned the country’s vaccine scandal, in which hundreds of prominent figures took advantage of their positions to receive coronavirus vaccination out of turn.

Among those who received early vaccination is Archbishop Nicolas Girasoli, apostolic nuncio to Peru.

In a Feb. 18 statement the Peruvian bishops censured the misuse “of the vaccines entrusted to our authorities for the sake of research and the health of all Peruvians.” The conference said that “this shows a new face of the monster of corruption and the crisis in ethics and values.”

“It’s inconceivable that doctors, nurses, police, public servants and so many other volunteers should continue to die while a callous group seeks its own interests,” the bishops said, demanding that “these actions be duly investigated and punished.”

This week a list was published of 487 people who were vaccinated early with doses from the Chinese company Sinopharm. These doses accompanied ones that were being used in clinical trials.

Among those who received the early doses from Sinopharm are former president Martín Vizcarra, his wife, and his brother. Vizcarra was removed from office by the parliament over unrelated corruption allegations in November 2020.

The former Minister of Foreign Relations, Elizabeth Astete, and the former director of Science and Technology of the same ministry, are on the list as well.

The list also includes the former Minister of Health, Pilar Mazzetti, who had said that she would be the last to be vaccinated in the healthcare sector; two former vice ministers; and Dr. Germán Málaga Rodríguez, who directed the Sinopharm vaccine trials at Cayetano Heredia University.

The scandal has led to the resignation of the principal authorities of the university, and the suspension of Malaga as coordinator of the vaccine project.

Others who have been vaccinated include Alejandro Aguinaga, a candidate for Congress and the doctor of former President Alberto Fujimori; the former Minister of Health Patricia García, as well as other officials from the Ministry of Health and the Ministry of Foreign Affairs, and some of their relatives.

The National Prosecutor’s Office has started a preliminary investigation in which Vizcarra and Mazzetti and Astete have been included so far.

In addition, the government has created an investigative commission in the Ministry of Health, and Francisco Sagasti, the current president, has promised to fire the officials who received the vaccine out of proper order, which was intended to be first administered to frontline healthcare personnel.

The list of those vaccinated was turned over by Cayetano Heredia University to Congress, the Comptroller General of the Republic, the Attorney General’s Office, and the investigative commission of the Ministry of Health, after Vizcarra admitted that he was vaccinated when he was president and long before the country had a contract with Sinopharm to purchase the vaccine.

Sinopharm began the clinical trials of its vaccine in Peru in September 2020 with 12,000 volunteers. One group received the vaccine, and another a placebo.

Additionally, the Chinese laboratory sent 3,200 doses of vaccine to be administered to healthcare personnel related to the clinical trial. However, the list presented by Cayetano Heredia University revealed that this lot was used in violation of the established priorities.

Archbishop José Antonio Eguren Anselmi of Piura, a member of the Sodalitium Christianae Vitae, said during Mass Feb. 17, “Let us also do penance for the cases of corruption that we painfully see being discovered day by day in our country right in the midst of the epidemic, now with the shameful scandal of preferential vaccines.”

“Getting vaccinated first is an affront to the thousands of infected brothers and especially to the tens of thousands of deaths because of Covid-19 in our homeland, which has plunged so many Peruvian families into pain and mourning,” Archbishop Eguren said.

“It is an affront to all those who from day one are on the front lines in the fight against the coronavirus. Corruption causes great harm in society and is like a cancer that infects and contaminates all sectors of social life,” he said.

Peru has had more than 1.25 million confirmed cases of Covid-19, and more than 44,000 deaths. The pandemic has overwhelmed the healthcare system in the country, and the crisis has been aggravated by the shortage of oxygen for patients.

Share on FacebookShare on TwitterShare on PinterestShare on EmailShare on LinkedIn
What’s the point of fasting, anyway?USCCB: Equality Act would ‘punish’ religious groups opposed to gender ideology