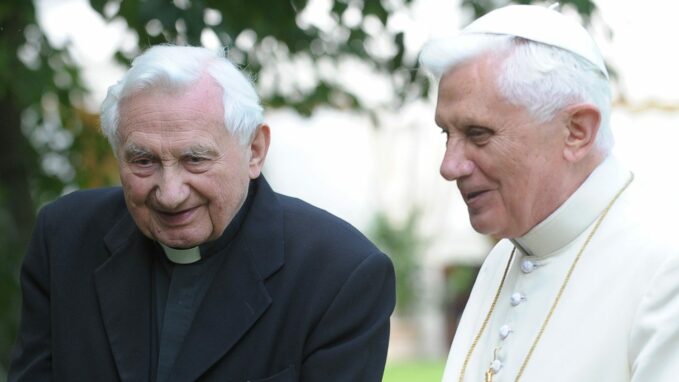 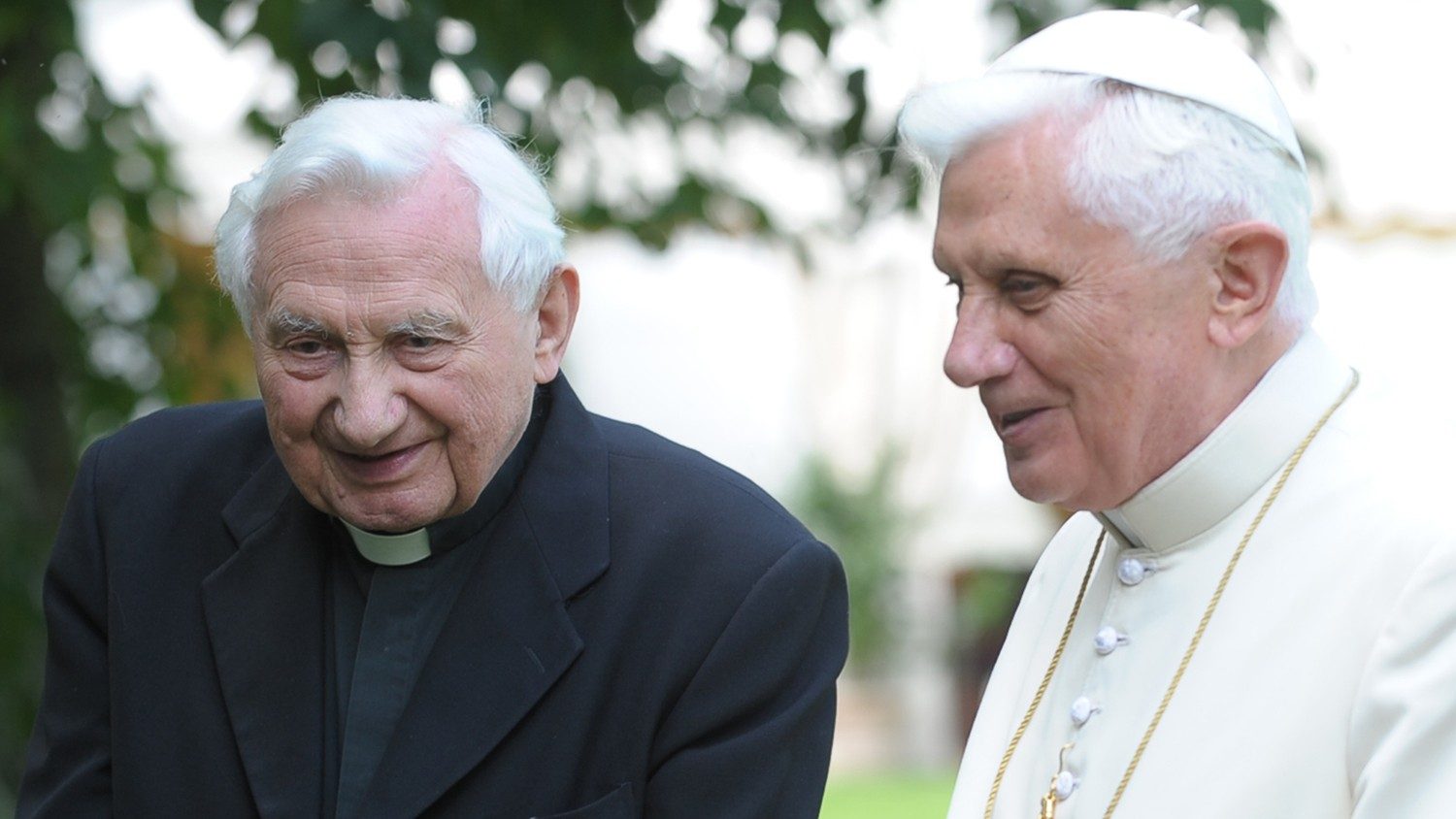 Pope emeritus Benedict left the quiet of the Mater Ecclesiae monastery in the Vatican for a visit to Germany to be close to his brother, Georg. He is 96 and in poor health. The emeritus pontiff traveled Thursday morning accompanied by his personal secretary Archbishop Georg Gänswein; a doctor and a nurse; a collaborator with the Memores Domini community, and the vice commander of the Vatican Gendarmerie. According to Matteo Bruni, the Director of the Holy See Press Office, Benedict will remain in Regensberg for “as long as necessary.”

Always very close, the two Ratzinger brothers, born three years apart, were ordained priests on the same day, 29 June 1951, in the Cathedral of Freising. The circumstances of life have taken them in different directions: Georg, a brilliant musician, and Joseph a noted theologian. Their mutual bond has always remained firm, however, as evidenced by the numerous visits Fr Georg Ratzinger has made to the Vatican between 2005 and 2013, during the years of his brother’s pontificate, and even after his resignation.

When, in 2008, the city of Castel Gandolfo offered honorary citizenship to his brother, Benedict XVI expressed himself with these words: “From the beginning of my life my brother has always been for me not only a companion, but also a trustworthy guide. For me he has been a point of orientation and of reference with the clarity and determination of his decisions.” The Pope’s remarks showed his great affection for his brother, when experiencing happier circumstances, made all the more poignant in this moment.

Share on FacebookShare on TwitterShare on PinterestShare on EmailShare on LinkedIn
Catholic priest and doctor: Coronavirus crisis a ‘window of opportunity’ for the homelessNew Vatican document outlines city-state's environmental efforts