Barbagallo: MONEYVAL’s positive assessment helps us to do better 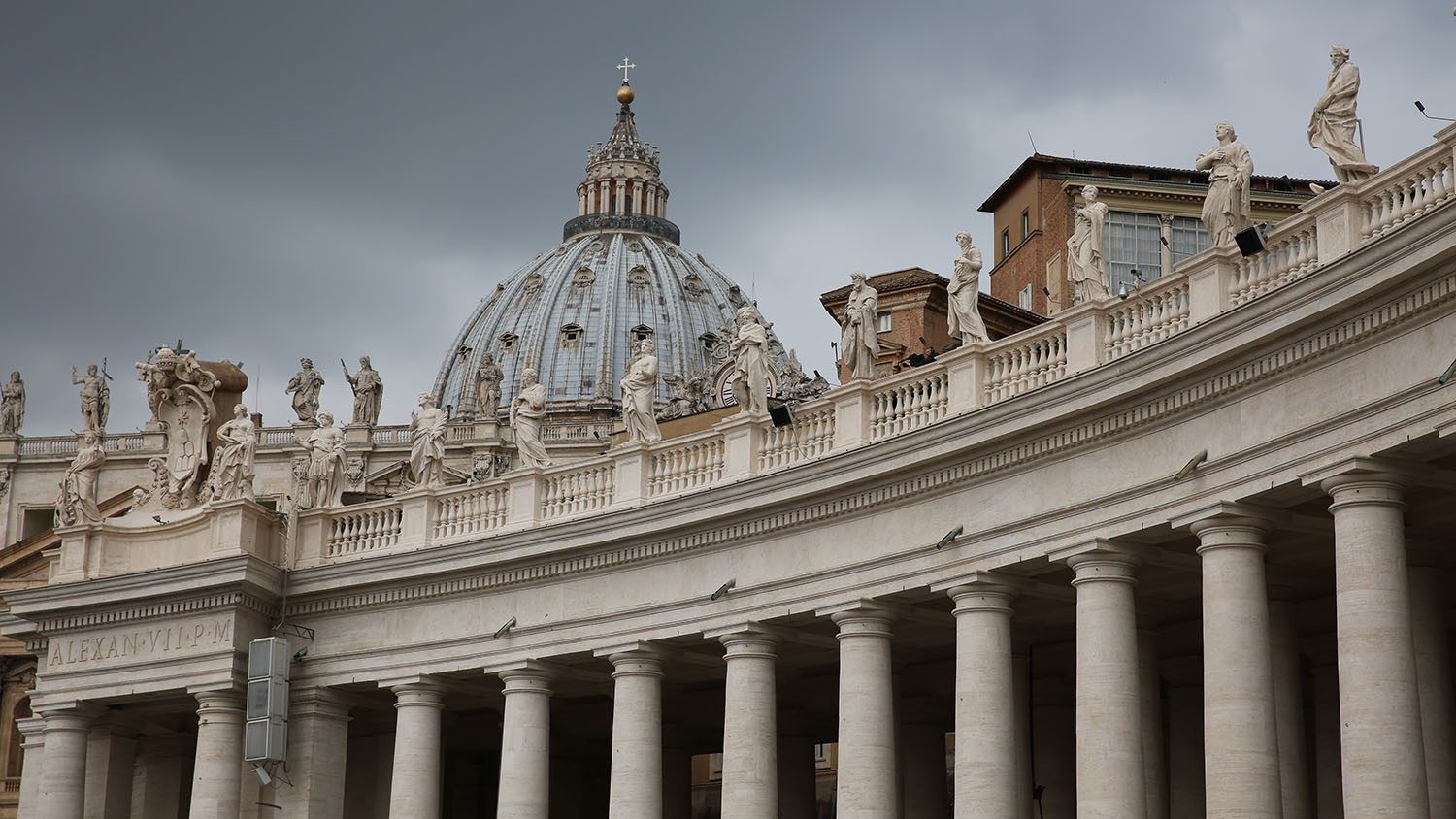 For the first time, MONEYVAL expresses its opinion on the effectiveness of the Holy See/Vatican City State’s system for preventing and countering money laundering and the financing of terrorism. The evaluation that emerges from the recently published report is positive: the Vatican jurisdiction has in fact obtained five judgments of “substantial” effectiveness and six of “moderate” effectiveness; in no case was a judgment of “low” effectiveness given. Vatican News spoke about this with the President of ASIF (the Supervisory and Financial Information Authority), Carmelo Barbagallo, who led the Vatican delegation during the evaluation process.

President, can you first explain what the MONEYVAL report is?

The MONEYVAL Mutual Evaluation Report is a document of over 200 pages that is of great importance because it assesses compliance with the main international anti-money laundering and counter-terrorism financing (AML/CFT) standards of the more than thirty jurisdictions evaluated by it. MONEYVAL is a permanent body of the Council of Europe, and one in which the Holy See/Vatican City State has participated since 2011. In order to facilitate reading the report, a summary has been prepared and published on this site.

What aspects are covered in the report that has just been published?

In order to evaluate the adequacy of national AML/CFT systems, MONEYVAL examines two general aspects: technical compliance and effectiveness, applying a very precise and rigorous methodology developed by the FATF, the intergovernmental body that sets international standards that aim to prevent money laundering and terrorism financing. FATF monitors the implementation of these standards by the more than 200 countries and jurisdictions that have committed to implementing them.

Can you elaborate on the differences between these two assessment profiles?

Certainly. Technical compliance addresses the specific requirements of the FATF Recommendations (40 in total), mainly as they relate to the relevant legal and institutional framework of the jurisdiction, and the powers and procedures of the competent authorities. Effectiveness addresses the adequacy of the implementation of the FATF Recommendations, and identifies the extent to which a jurisdiction achieves a defined set of immediate outcomes (11 in total). Technical compliance is assessed more frequently than effectiveness.

Is this MONEYVAL assessment different from previous assessments?

Yes, it is different. This is the first evaluation that looks at effectiveness since the Vatican jurisdiction’s participation in MONEYVAL. It was a particularly significant test case, the result of an evaluation process that, as is typical in such cases, was very thorough and intense and included an on-site inspection of about two weeks. To give an idea of this intensity, consider that the MONEYVAL evaluation process has required our constant engagement from the end of 2019 until today.

What specific aspects were taken into account by the report?

Focusing only on the effectiveness side, which, as mentioned, is the distinctive aspect of this evaluation, the assessment covered all eleven immediate outcomes. These outcomes range from risk awareness, to levels of national and international cooperation, to the quality of supervision and the financial system, to the adequacy of financial intelligence and the judicial system. As you can see, this is a wide-ranging review, involving many national authorities and financial players.

Let’s talk about the results: what judgments emerge from the evaluation?

Can you explain why you judge the MONEYVAL report so positively?

This is an objective evaluation, which stems from the comparison that everyone can make by consulting the FATF website. Analyzing the effectiveness ratings expressed so far at a global level in the last round of evaluation of over 100 countries, the ratings given to the Vatican jurisdiction are among the best, better than many countries that are economically advanced and much larger in size. In order to correctly evaluate the results achieved, it should also be borne in mind that, with one exception, MONEYVAL has not so far expressed judgments of “high” effectiveness and that those of “substantial” effectiveness are rare. It should also be borne in mind that judgments of “substantial” effectiveness have been obtained by the Vatican jurisdiction on very important aspects, i.e., international cooperation, supervision, the financial system, legal persons and the fight against the financing of terrorism. Even more significant is the fact that judgments on supervision and the financial system (which, for the Vatican jurisdiction, corresponds almost exclusively to the IOR, the Institute for the Works of Religion) are very rare at the international level. This report acknowledges what has been built up over the years, the fruit of great teamwork. I would like to thank all those who participated in the evaluation, a process that took place mostly during the pandemic.

What are the factors that led to this positive outcome?

There are many. Among them, let me mention, first of all, the incisive impetus and coordination carried out by the Financial Security Committee, chaired by the Assessor for General Affairs of the Secretariat of State. The Financial Security Committee, created in 2013, has an important role in guiding the competent authorities in the fight against money laundering and the financing of terrorism. It is in this sphere that, among other things, the intensification of collaboration between the different Vatican Authorities has been given impulse, as evidenced by the signing of several Memoranda of Understanding between the end of 2019 and 2020 (which involved the Secretariat of State, the Secretariat for the Economy, the Offices of the Auditor General and the Promoter of Justice, the Gendarmerie Corps, ASIF, and the Governorate).

What other positive aspects deserve mention?

One aspect that I would like to emphasize with pride is the process of strengthening ASIF at both the operational and organizational levels, a process which began with the rapid revocation in early 2020 of the suspension from the Egmont Group’s secure communications network, and which proceeded through the end of 2020 with the approval by the Holy Father Pope Francis of the Authority’s new Statute. Also, it is worth mentioning the quality of the IOR’s process of adopting the best international AML/CFT standards; the IOR may be able to benefit from the recent addition by the United States of the Vatican jurisdiction to its list of countries whose know-your-customer rules have been approved. The jurisdiction has also been rewarded for its decision to extend the perimeter of the AML/CFT regulations to all legal persons and public authorities, not just to the only financial entity operating in the jurisdiction, namely, the IOR.

MONEYVAL’s assessment of the Vatican’s judicial system was eagerly awaited. What emerges from the report?

The judgment expressed by MONEYVAL on this aspect is of “moderate” effectiveness, which means that some corrective action is necessary to achieve further improvement. To evaluate this judgment well, consider that, among the countries evaluated only by MONEYVAL in the last round of evaluation, none obtained a higher rating (of “substantial” or “high”). In addition, the actions recommended by MONEYVAL are not difficult to implement since they are, for the most part, procedural in nature and aimed at strengthening resources, a process that has already found significant responses. The same report, in highlighting the most critical aspects, such as the length of investigations, recognizes that the efficiency of the Vatican jurisdiction partly depends on the responsiveness of foreign jurisdictions in rapidly providing the information required for the completion of investigations. As for another aspect criticized by MONEYVAL, i.e., the limited dissuasiveness and proportionality of sentences, I believe that the judgment should be supplemented in light of a recent and well-known judgment of the Vatican Court, which the report could not take into full consideration for a mere timing factor: in fact, it is a sentence that came after the on-site visit.

In your opinion, what other critical aspects should be pointed out?

By their very nature, MONEYVAL assessments are designed to highlight critical aspects, in the face of which remedial action is suggested. This is normal, because the ultimate goal of these controls is to improve the ability to prevent and combat money laundering and terrorist financing.  It is for this reason that the “recommended actions” are numerous, even in cases where, as in the case of the Vatican jurisdiction, a particularly positive judgment has been made. Among these recommendations is that of improving the analysis of risks resulting from potential financial abuses by internal Vatican personnel (so-called insiders). The report also acknowledges that since 2014 there have been many actions that demonstrate the attention of the Vatican jurisdiction on this issue through important investigations or significant legislative initiatives. Among these initiatives, I recall the identification of the Office of the Auditor-General as the anti-corruption authority and, even more recently, the introduction of a “procurement code.” The latter initiative is a milestone in the fight against possible abuses in the jurisdiction’s major spending decisions.

President, in summary, what message do you think emerges from the report?

The recommendations expressed by the MONEYVAL report with regard to the Vatican jurisdiction are an encouragement to do even better, to always keep the quality of the human resources high and to strengthen the activities of all the authorities involved in the fight against money laundering and terrorism financing. They are suggestions that help the Vatican to contribute to the realization, in conditions of maximum transparency and financial fairness, of the ultimate goal of the Church’s mission.