Baghdad, successor to Babylon: Iraq’s capital at a glance 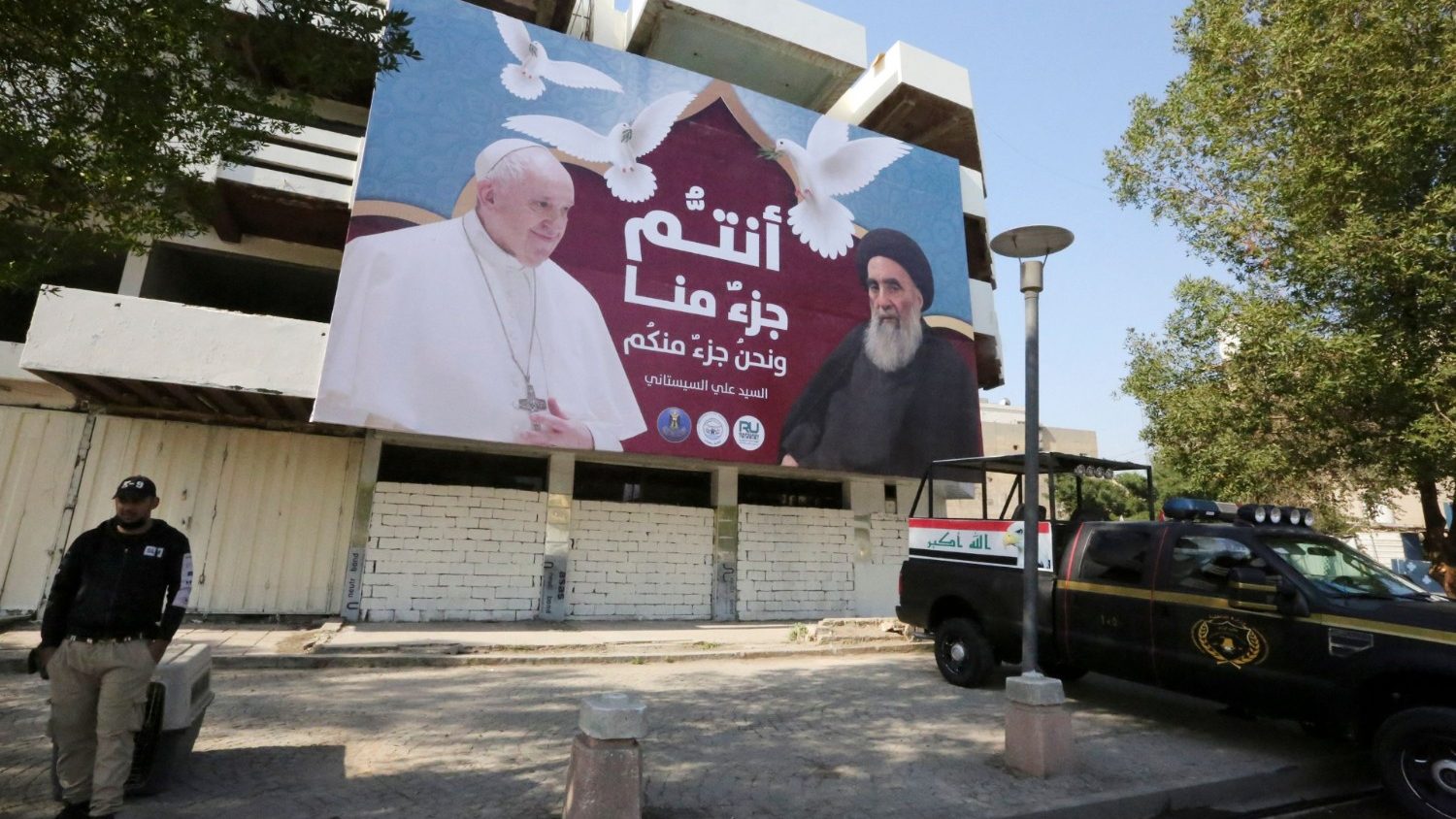 Baghdad is a city laden with historical and religious significance. It was founded by Caliph Al-Mansour in 762 AD to be the new capital of the Abbasid empire, that is, of the entire Muslim world.

The caliphs were considered successors of the Prophet Muhammad. The Abbasids took their name from Muhammad’s uncle, named Abbas, and gave form to classical Sunni Islam.

However, the Shiites, followers of the party of Ali, Muhammad’s cousin and son-in-law, rejected the caliphs and held that the true successors of Muhammad were the Imams of the Ahl al-Bayt (Muhammad’s family and descendants, through Ali).

The sanctuary around Ali’s tomb in Najaf is a Shia center of the first rank, and it is also the home of the senior Shia leader Ayatollah Al-Sistani, whom Pope Francis is scheduled to meet on Saturday.

In other words, Iraq is not just another Muslim country, but a land central to both Sunni and Shia history. The fact that the Bishop of Rome intends to pay a visit to both Baghdad and Najaf is deeply symbolic, as well as potentially historic for Christian-Muslim and Sunni-Shia relations alike.

Baghdad’s roots, however, go much further back in history than the Abbasid Caliphate.

The predecessor to Baghdad as an imperial capital was Seleucia-Ctesiphon (today known as Al-Mada’in in the suburbs of Baghdad). It was the royal capital of the Persian or Iranian empire under the Parthians and the Sassanids (2nd century BC to 7th century AD). Prior to that, Seleucia by the Tigris was the main city of the Greek Seleucids, successors to Alexander the Great, who died in the palace of King Nebuchadnezzar in Babylon in 323 BC.

Indeed, Seleucia-Ctesiphon was preceded by that great city of biblical fame, Babylon (Babel), the center of both Hammurabi’s (18th century BC) and Nebuchadnezzar’s (6th century BC) empires, as well as the site of two of the seven wonders of the ancient world. Babylon’s ruins, reconstructed in part by Saddam Hussein, lie about an hour and a half’s drive south of today’s Baghdad.

To put it briefly, the Mesopotamian capital moved from Babylon to Seleucia-Ctesiphon to Baghdad.

Baghdad can therefore be considered the successor to Babylon, though indirectly. As a matter of fact, the Patriarch of the Chaldean Catholic Church, Cardinal Louis Raphaël I Sako, who resides in Baghdad, carries the title “Patriarch of Babylon”.

Though the title “Patriarch of Babylon” is of a more recent origin, the Bishops of the Persian capital were considered “Patriarchs” as early as the 5th century.

During the Abbasid period, the Patriarchs of Baghdad organized missions and appointed bishops to Central Asia and the Far East, including China.

Among the greatest cultural achievements of Abbasid Baghdad was the “Bayt al-Hikma”, or House of Wisdom.

Caliph Harun al-Rashid, of Arabian Nights fame, and his son al-Ma’mun, were true patrons of science and learning. They wished to gather all possible knowledge from their vast empire into their personal library, which became a center of study for scholars and translators.

What is less known is that it was the Syriac Christians – Nestorians and Jacobites – who transmitted the wisdom of the Greeks to the Arabs. Hunayn ibn Ishaq and other scholars translated hundreds of classics of philosophy and medicine, such as works by Aristotle and Galen, from Greek to Syriac and then to Arabic.

This ultimately gave rise to the Aristotelian renaissance, first in Islamic philosophy, and later also in the West (St. Thomas Aquinas).

In Abbasid Baghdad, the caliphs’ personal court physicians were also Syriac Christians. They were sometimes able to intervene for the good of the Christian community during times of oppression.

An interesting side effect of the power and glory of Abbasid Baghdad is seen in the adoption of a good number of Arabic loanwords in Western languages (examples include algebra and alcohol).

More relevant to the Pope, even St. Peter’s Baldachin comes from Baghdad, etymologically.

The word baldachin is derived from Baldac, a medieval Latin corruption of Baghdad, and it originally referred to a luxurious cloth from the Abbasid capital.

St. Peter’s Basilica has thus been connected to Baghdad for centuries, but today the connection is moving to a whole new level.