Home Test page Around the world, democracy is at risk from the coronavirus

Around the world, democracy is at risk from the coronavirus 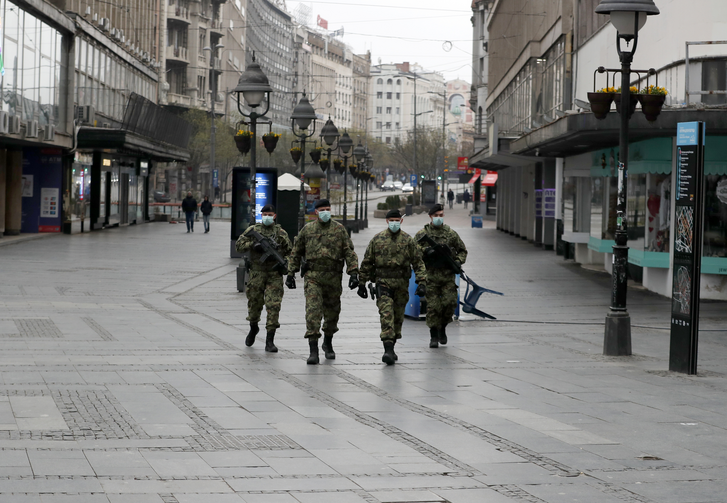 “When somebody is the president of the United States, the authority is total.”

President Trump uttered these words at a news conference on April 13. Who knows how much he meant them? They were a seeming inversion of recent partisan politics as much as a false reading of the U.S. Constitution. As a friend of mine quipped, “In what world do we live where Democrats advocate for local and state authorities, and Republicans are for expansive national authority against states’ rights?”

But Mr. Trump may have spoken for many world leaders.

Around the world, governments are taking on new powers in response to the Covid-19 pandemic. Elections have been postponed in at least 50 countries around the world. Governments have won expanded surveillance powers to monitor infected individuals in China, South Korea, Singapore and Israel. And there are new limits on freedom of speech (ostensibly to stop “disinformation” about the pandemic) in places like Hungary and Thailand. In Chile, Serbia and other countries, the military has been deployed to enforce public order.

The temporary expansion of such powers is often necessary. Desperate times call for desperate measures, and even democracies sometimes need swift and robust responses from executive leaders and agencies. President Lincoln’s expansion of executive power and actions like the suspension of habeas corpus arguably saved the Union during the Civil War. But the violations of free speech and mass arrests by the federal government during the “red scares” after World War I and World War II seem less defensible in retrospect.

Elections have been postponed in at least 50 countries around the world.

There is rarely a guarantee that new powers will be ceded after a crisis is over, and in some cases, the crisis may be used as a pretense for long-desired moves toward authoritarianism. The most-discussed example during the pandemic has been Hungary’s Viktor Orban. The Hungarian prime minister is now essentially ruling by decree, with no oversight by the National Assembly and elections suspended indefinitely. And some of the powers granted to him by the Assembly seem to have little to do with the public health crisis, including enhanced control over the press.

Safety or public health crises should not become a pretext to tear down democratic institutions and practices, but that is often precisely what they are used for. They are what some social scientists call “critical junctures”: moments of fluidity and uncertainty when political actors can change institutions to their liking. In situations where the normal rules no longer seem to apply, the people in power can create their own rules.

It is admittedly hard to regulate when and how such emergency powers are used. By their very nature, such powers must often be broad and indeterminate. But we must define limits.

In some cases, the crisis may be used as a pretense for long-desired moves toward authoritarianism.

Carl Schmitt, a political theorist who supported the Nazi regime in Germany, is famous for his notion of a sovereign as “he who decides the exception.” This terse formula means that in moments of crisis, when the written rule of law is deemed inadequate for governance, the true sovereign brushes aside the liberal trappings of separation of powers, parliamentary democracy and so forth. That is, a great leader can and must act on his own will. His will is not bound by the law; it is the law.

But this theory, often called “decisionist” because of its emphasis on the decisions of romanticized leaders, fetishizes the will to the exclusion of reason—and especially the will of a strongman who seeks to remedy all the deficiencies, real and imaginary, of democracy. Such theories also normalize apocalyptic thinking: framing a theory of governance based upon the most extreme circumstances.

National governments should do what they think best in crises. This does not necessarily mean suspending democratic norms. Germany, for example, has been expanding testing for the coronavirus and vigorously enforcing social-distancing rules without having to give more policy-making powers to Chancellor Angela Merkel. But when a crisis calls for giving a national leader wider latitude, oversight and electoral accountability are key.

When a crisis calls for giving a national leader wider latitude, oversight and electoral accountability are key.

Legislatures and courts should do what they can to supervise the executive’s use of expanded powers, such as imposing sunset provisions that require the regular reauthorization of such powers. Looking to the post-pandemic future, they should investigate not only how those powers were used (or misused) but also how their countries can be better prepared for future pandemics.

But without such oversight, the truth of Mr. Trump’s statement will come out. As the political scientist Greg Weiner said on Twitter, “The thing is, his authority *is* empirically absolute if Congress or, here, governors decline to exercise countervailing power.”

Mr. Weiner is pointing out the obvious: Throughout U.S. history, the presidency has grown in moments of crisis, most recently with the response after the attacks of Sept. 11, 2001, to terrorism, and at each step of the way, Congress has been most obliging, through statutory delegation or the failure to exercise its oversight role. And as Mr. Weiner implies, a federal political system only works if state governments fight against the centralization of power in Washington, D.C. In other words, even if you disagree with some of the actions of, say, Gov. Andrew Cuomo of New York, you should be grateful that he is offering a countervailing force to the national government.

That brings us to the most fundamental source of democratic accountability: voters. In nations with functioning democratic institutions, it will ultimately be up to voters to hold elected officials accountable for their use of power. But while Westerners sometimes view voters as atomized individuals, in fact they are part of families, neighborhoods, unions, parishes and other civil society groups. These are the forms of social life that so many around the world have missed during the pandemic, and hopefully the gradual end of social distancing will lead to their renewal. They will be needed to debate the policies enacted in response to the pandemic and to ensure that democratic values are restored and respected.

Recent decades have not been kind to democracy, and the pandemic threatens another rollback. It should be a clarion call for citizens around the world to take a more active role in the shifting fortunes of democracy in their countries and for international actors to play a supporting role in places where the absence of effective civil rights and liberties prevent an active civil society.