Archbishop Pérez: There is much work to be done, but the American Dream endures 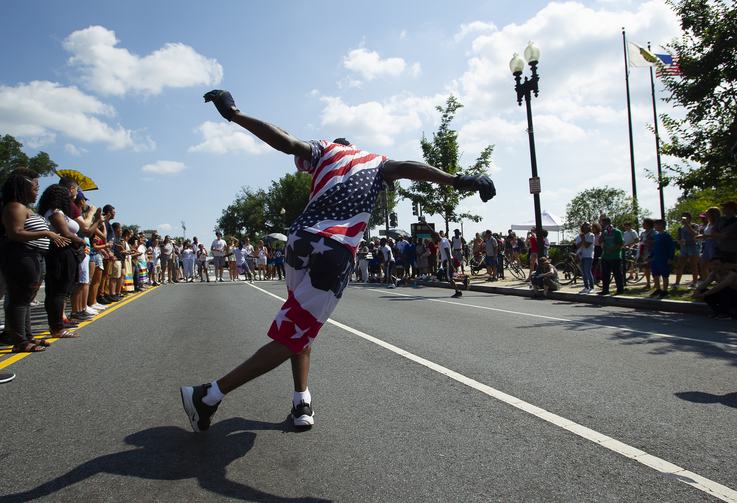 I never dreamed I would be celebrating Independence Day in the cradle of liberty as archbishop of Philadelphia—or under the circumstances of a pandemic as well as societal tensions rooted in race relations. This year, our national holiday and the current national atmosphere offer an opportunity for reflection and for hope.

When the founding fathers gathered in 1776 to sign the Declaration of Independence, just a few miles from where the Cathedral Basilica of Sts. Peter and Paul stands today, it was also a tense and anxiety-ridden time. As in the present day, major challenges affected everyone in society.

Imperfections existed from the beginning. But the Declaration of Independence created a starting point.

In the midst of that tension, our founding fathers declared, “We hold these truths to be self-evident, that all men are created equal, that they are endowed by their Creator with certain unalienable Rights, that among these are Life, Liberty and the pursuit of Happiness.” That declarative statement was a watershed moment in world history. It marked a new age in political thought, one that sought to shape the laws of man to ensure that the God-given rights and dignity of every individual would be upheld without discrimination. This political revolution sought to achieve not only the emancipation of the human person, but also the emancipation of the human soul.

It was a lofty goal and one not to be achieved overnight. Imperfections existed from the beginning. But the Declaration of Independence created a starting point. It forged a land of opportunity where, ideally, all would be given equal opportunity to achieve the best life possible based on their own merits. That beacon of opportunity and hope is the reason our nation has experienced continued waves of migration since its founding.

Each generation of Americans has faced its own set of grave challenges to the basic principles of our political system of thought.

Ours is a country built by immigrants, and each of our families has a migration story. Some are recent and others in the distant past. We are truly e pluribus unum— “out of many, one.” Our only true national identity rests in the common beliefs outlined so eloquently in the Declaration itself.

Each generation of Americans has faced its own set of grave challenges to the basic principles of our political system of thought. Over nearly two and half centuries, “We the People” have survived revolution, civil war, pandemics, the Great Depression, world wars, the Cold War, social turbulence regarding race relations, terrorist attacks and much more.

In each instance, we have overcome darkness and emerged brighter, fueled by optimism, faith and a common bond of civic responsibility to one another. Our nation has never triumphed over a moment of crisis in a perfect state. There always has been, and likely always will be, room to do better as individuals and as a country. The tragic death of George Floyd and the events that followed throughout the land are evidence enough that we have a long way to go and that there is much work yet to be done.

Catholic teaching on social justice reinforces our obligatory bond to one another. It demands that we work each day to ensure that all those who suffer and who are oppressed be set free and that they be allowed to pursue life, liberty and the pursuit of happiness. As brothers and sisters in Christ, we must embrace unity and diversity in thought and action.

Although America may appear broken, the American dream has not been shattered. It is up to each of us to live out that dream and to help our brothers and sisters to do the same.

I urge everyone to open their hearts to the needs of people today—to see the opportunities in front of us, to accompany those in difficult situations and to stand in solidarity with those fighting for social justice. And remember the words of the Old Testament: “You shall treat the stranger who sojourns with you as the native among you, and you shall love him as yourself, for you were strangers in the land of Egypt: I am the Lord your God” (Lv 19:34).

FacebookTwitterPinterestEmailLinkedin
Can scripture help us cope with despair?‘Where have I seen racism in myself?’ Readers respond