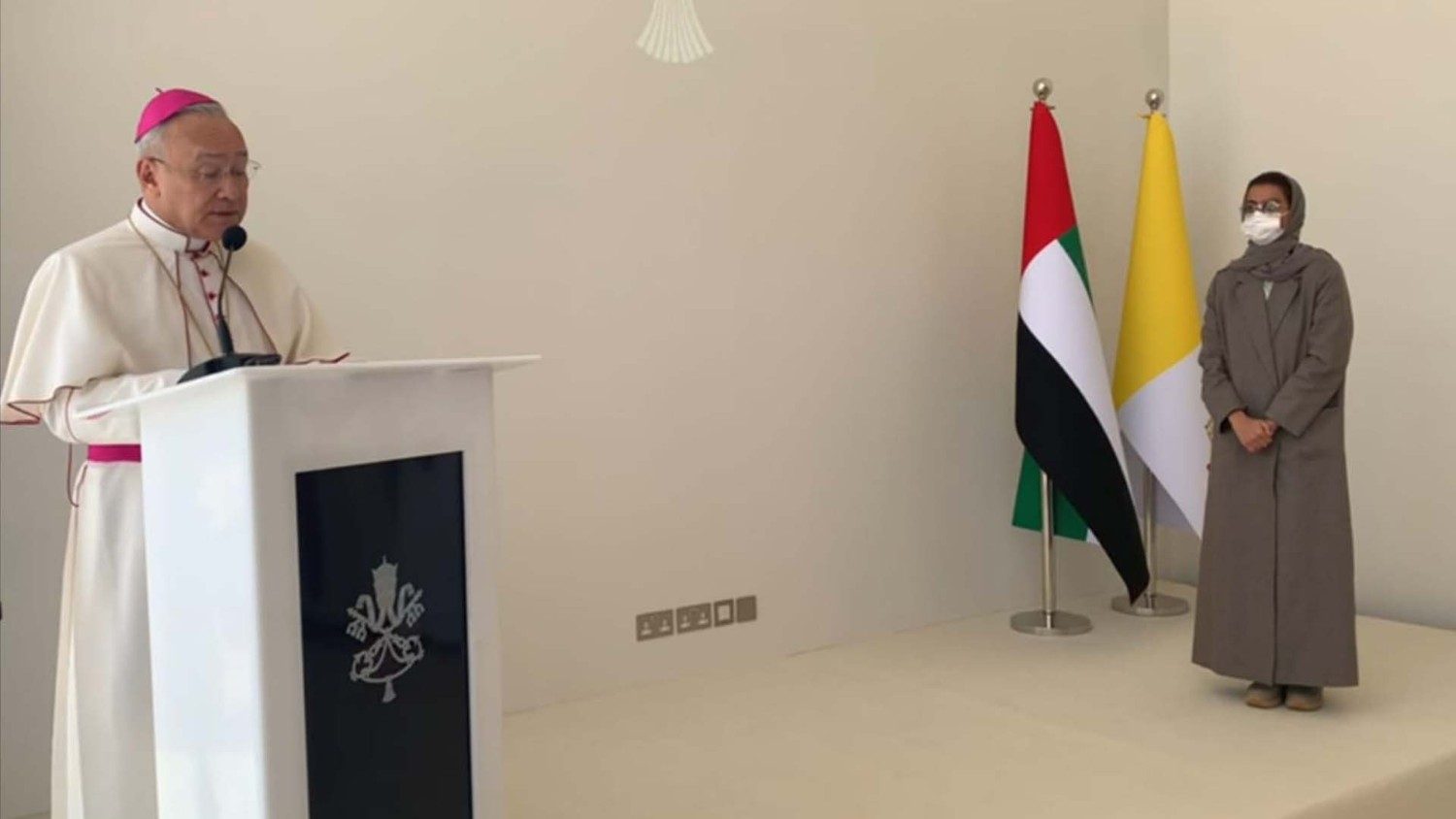 Archbishop Edgar Peña Parra has returned to the Vatican at the end of an intense 5-day visit to the UAE, accompanied by Msgr. Yoannis Lahzi Gaid, a Member of the Higher Committee of Human Fraternity and former personal secretary of Pope Francis.

The visit of the Substitute of the Secretariat of State was focused on inaugurating the new Apostolic Nunciature in Abu Dhabi, and was reportedly full of “hope and Christian life.”

Encouragement to Catholics in UAE

The Vatican delegation was welcomed to Abu Dhabi on Tuesday, 2 February, by Alia Muhammad Al-Mahrazi, Deputy Undersecretary for Protocol Affairs at the UAE’s Ministry of Foreign Affairs and International Cooperation.

Dr. Sultan Faisal Al Remeithi, secretary general of the Muslim Council of Elders, accompanied the delegation throughout their time in the UAE.

On Tuesday evening, the Archbishop celebrated Mass in the Cathedral of St. Joseph in Abu Dhabi to mark the World Day of Consecrated Life.

In his homily, he said the Lord offers the best example of how to endure discouragement with patience.

“I dare say that the Catholic community of Abu Dhabi and the Arabian Peninsula as a whole is also an example of hope-filled patience and Christian living,” he added.

Also present at the Mass were Bishop Paul Hinder, the Apostolic Vicar for Southern Arabia, and Msgr. Kryspin Dubiel, Chargé d’Affaires of the Apostolic Nunciature.

Inauguration of ‘The Pope’s House’

On Friday, 4 February, Archbishop Peña Parra presided over the official inauguration ceremony of the Apostolic Nunciature.

The date marked several important anniversaries, including the 50th of the UAE’s founding, the 2nd International Day of Human Fraternity, the 15th of diplomatic relations between the UAE and the Holy See, and the 3rd of the signing of the Document on Human Fraternity by Pope Francis and the Grand Imam of Al-Azhar, Ahmad Al-Tayyeb.

The Archbishop spoke at length about the Document in his opening speech, saying it affirmed the important role of faith in Emirati society.

The Document, he added, showcases the elements that unite Christians and Muslims, and the need for all to live in fraternity, despite our differences.

The new Embassy can therefore serve as a place of “encounter and dialogue for our bilateral cooperation for years to come.”

Archbishop Peña Parra’s visit also included a trip to the Vatican’s pavilion set up at Expo Dubai, and he was accompanied by Sheikh Nahyan bin Mubarak Al Nahyan, the UAE Minister of Culture, Youth, and Social Development.

Share on FacebookShare on TwitterShare on PinterestShare on EmailShare on LinkedIn
As workers seek to unionize, some clergy are filling a crucial rolePope reiterates call for peace in Ukraine as diplomatic efforts continue