Home Test page Archbishop Paglia: We are all interconnected, for better or for worse

Archbishop Paglia: We are all interconnected, for better or for worse 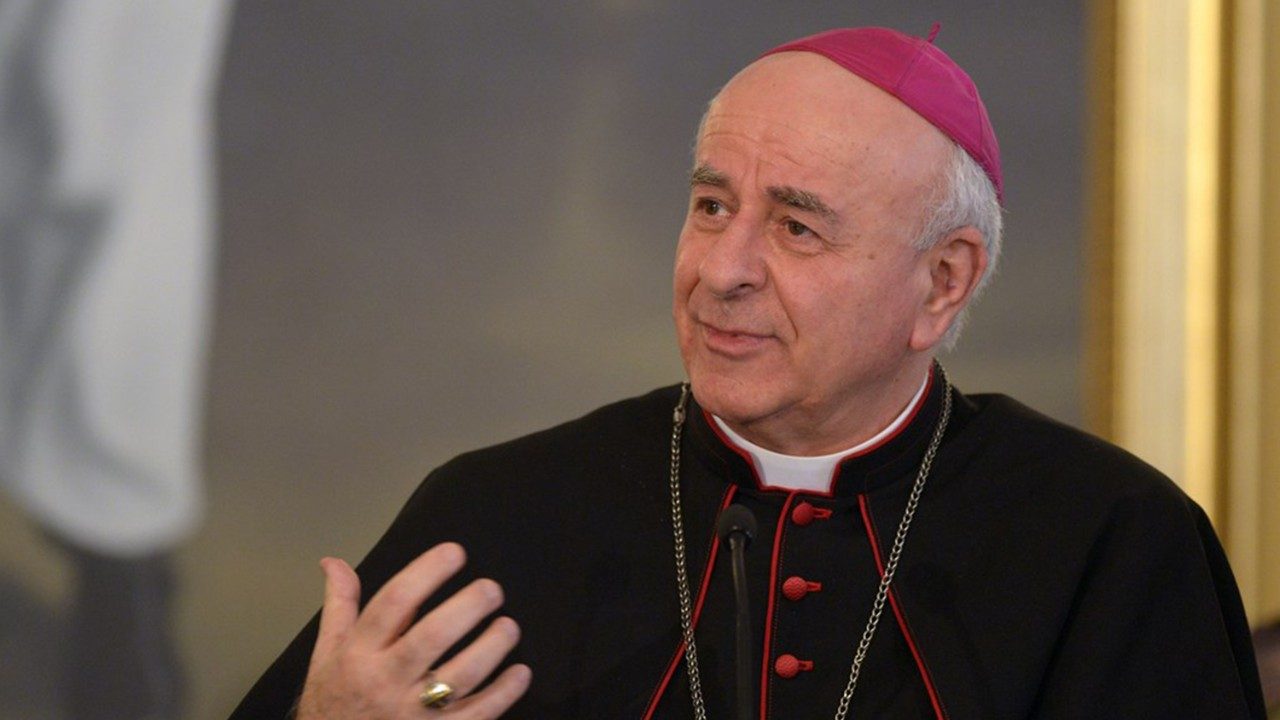 On Tuesday morning, the Holy See Press Office hosted the press conference presenting the Assembly of the Pontifical Academy for Life, which will take place both in-person and online and from 27 to 29 September 2021. This year’s theme is Public Health in Global Perspective: Pandemic, Bioethics, Future.

In his address, Archbishop Paglia noted that the upcoming Assembly, the twenty-seventh since the Academy was founded in 1994, is not about the pandemic, “but about what we have learned from the pandemic”.

From the very start

From the very beginning, the Pontifical Academy for Life sought to understand the changes that the pandemic was causing in global society, noted Archbishop Paglia. In this regard, he continued, a series of documents brought to everyone’s attention the considerations that were being expressed from time to time. These focused on the most severely affected groups: the elderly, people with disabilities, and children.

“Following this path, this General Assembly intends to put Public Health at the center of the debate”, with workshops being held both online and in person, said the President. “We had never understood so well how much the health of every single individual is connected to the health of all individuals as in the last period: we are all interconnected, for better or for worse”, he stressed, adding that “the privilege of some people at the expense of others is no longer admissible”.

Archbishop Paglia noted that “the backdrop of the Assembly remains Pope Francis’ Encyclical Fratelli tutti” and the concept that “we are part of a single human family and no one will be able to save themselves on their own”.

“We affirm that life and health are equally fundamental values for everyone”, said Archbishop Paglia, reiterating his concern “that there will always be a free health care system”.

He noted that “if the priority for Western countries is vaccines”, then we must not forget the need to build equitable healthcare on a planetary scale. For the majority of the world’s population, in addition to vaccines, the priority is real and effective access to care, but also to the goods that “simply” allow us to live. It is necessary to overcome not only the vaccination divide but also the unequal access to public health, removing barriers such as the lack of facilities and managing more wisely the resources for treatment.

“Let’s not forget the first and most important lesson: to take care of our health, we must first of all be alive! And access to the essential goods for living must be guaranteed to everyone on our planet”, said Archbishop Paglia.

Brining his address to a close, Archbishop Paglia noted that “for the Pontifical Academy for Life there is a further commitment: to collaborate with the Vatican Dicasteries – in particular within the framework of the Vatican Covid-19 Commission – and to focus attention on the pandemic crisis, proposing a sapiential interpretation that illuminates the paths of men and women in our time”. Because, he concluded, “only together, as brothers and sisters, will we be able to emerge from this crisis”.

Share on FacebookShare on TwitterShare on PinterestShare on EmailShare on LinkedIn
Pope Francis: My spirituality comes directly from Vatican IIArchbishop Martin: Christians can make a difference against poverty