Home Test page Archbishop Nkea at WMOF: Synodality is a life that is lived

Archbishop Nkea at WMOF: Synodality is a life that is lived 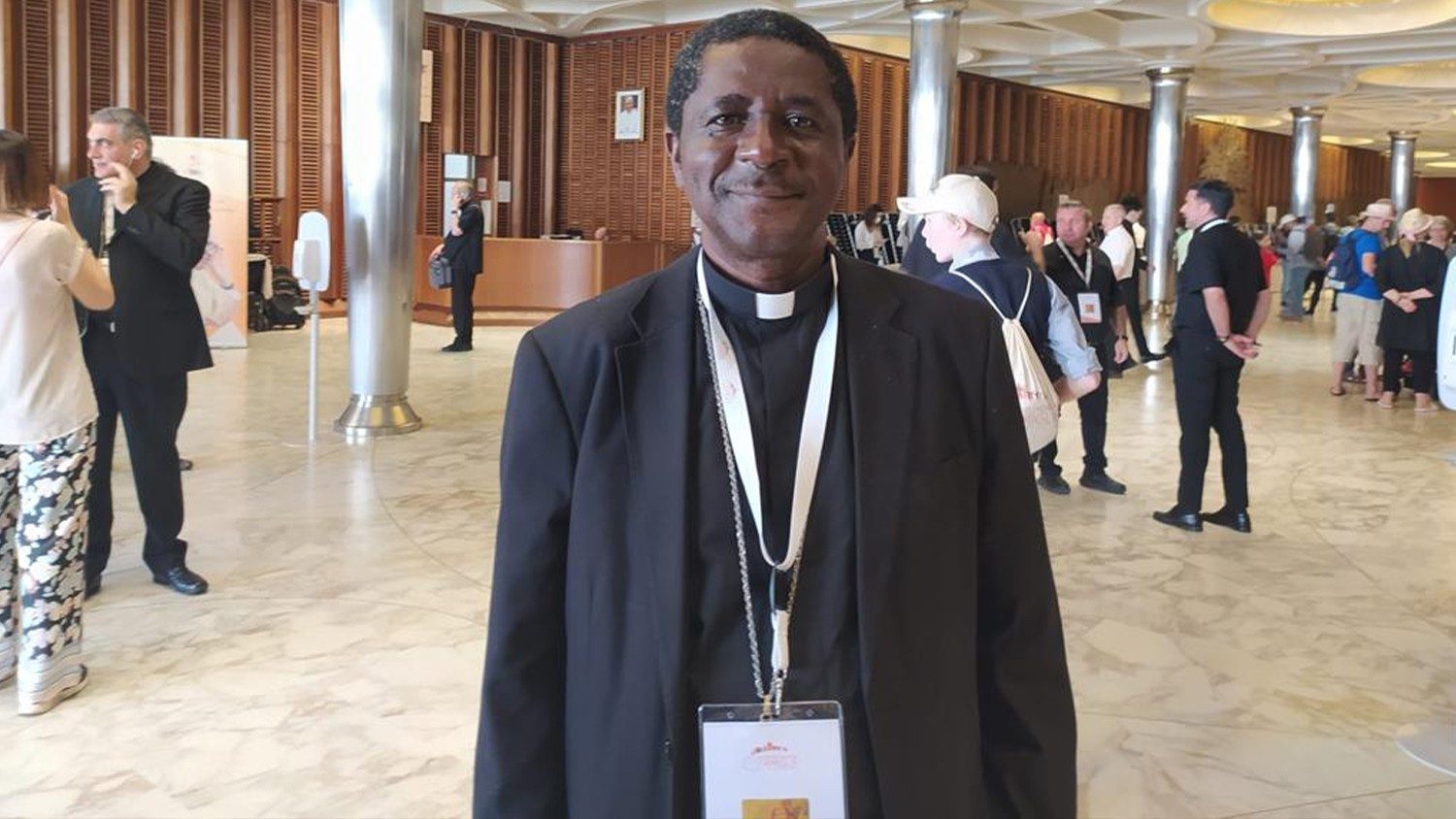 Thousands of delegates from about 120 countries are gathered in Rome for the ongoing 10th World Meeting of Families taking place from 22 -26 June. The event, which highlights the beauty of marriage and family is themed “Family Love: A vocation and a path to holiness.”

Among the participants is Archbishop Andrew Nkea of Bamenda who came to Rome with several couples from Cameroon. The Archbishop, who is also the President of the Bishops’ Conference of Cameroon and a member of the Synod Council, spoke to Vatican News about the role of the family in the synodal process.

Listen to our interview with Archbishop Andrew Nkea of Bamenda

Synodality, according to the archbishop, “is not a concept that is studied”, rather “it is a life that is lived,” thus, even the action of coming to the WMOF event with families from his country is already “synodality in practice.”

Archbishop Nkea upholds the 5-day event also as an opportunity to show that the Church all over the world – including in Cameroon – is actively involved in the synodal process.

In fact, since Pope Francis launched the synod process, the Church in Cameroon has channeled its efforts to reflect the importance of families by beginning from the grassroots. From the family, the process continues to the small Christian communities, mission stations, parishes, deaneries and then the dioceses.

Every family is a domestic Church

The Archbishop of Bamenda says that every family must first recognize itself as a domestic church before it can be open to the process of synodality.

In this regard, every husband, wife and child must learn to participate at the level of the small Christian communities in order to enrich it, and by extension, enrich mission stations, parishes and the diocese.

“As a domestic church, it is the Church that moves together – not a part of the Church that goes,” he affirms, cautioning against non-participation on the part of some men.

He goes on to note that the synodal process has come to give us a new sense of direction within the church under the leadership of Pope Francis and thus, everyone at all levels of the hierarchy – lay and clergy alike – is invited to be a part of it.

“We make ourselves one, the unity of the Church is strengthened, and the Church is not seen anymore as an organization for the clergy, but it is seen as a united people of God marching every day towards the same kingdom.”

Share on FacebookShare on TwitterShare on PinterestShare on EmailShare on LinkedIn
Read about the five Supreme Court justices who voted to overturn Roe v. WadeTrue Democracy!