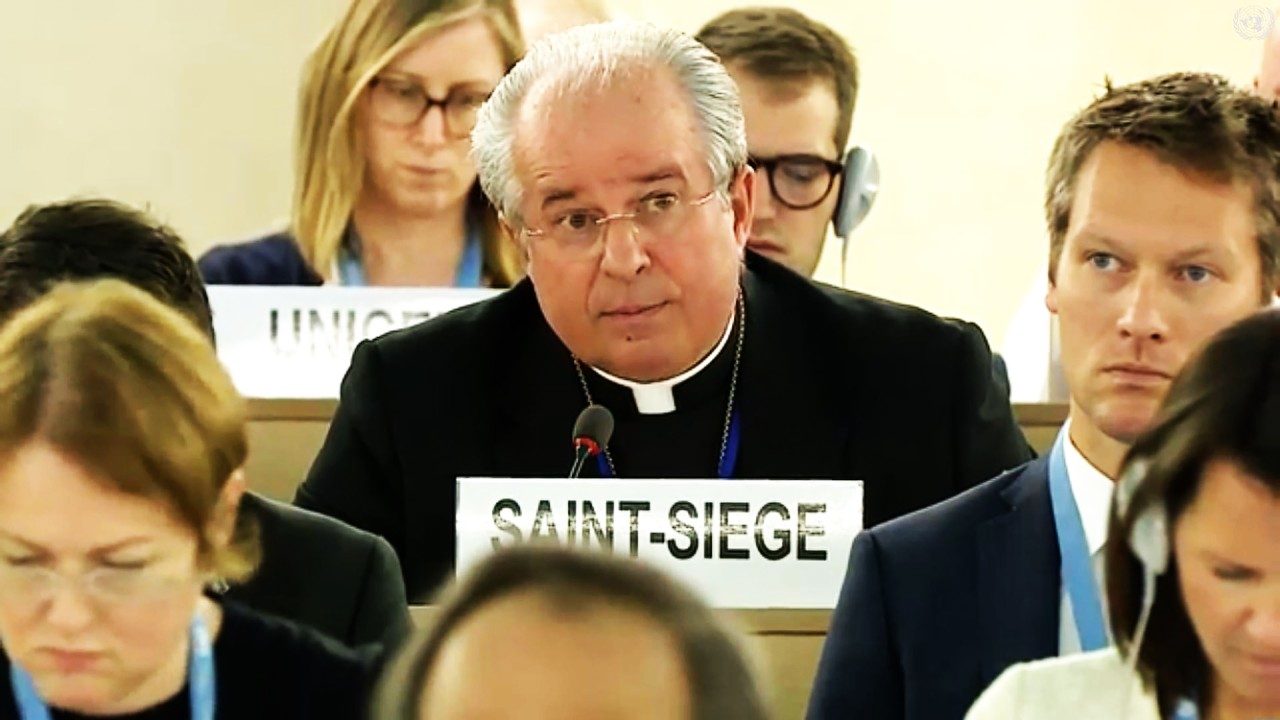 The Holy See’s Permanent Representative to the United Nations (UN), Archbishop Ivan Jurkovič, has called for advancement in negotiations on the Treaty on the Protection of Broadcast Organizations and the effective protection of genetic resources, traditional knowledge and folklore.

Archbishop Jurkovič made this call in a statement on the occasion of the 60th series of Meetings of the World Intellectual Property Organization (WIPO), organized in Geneva Switzerland, on Thursday.

In the statement, the Archbishop commended all the frontline workers in the fight against the pandemic. He also expressed his gratitude to the outgoing WIPO Director-General, Dr. Francis Gurry, and congratulated the newly-elected Mr. Daren Tang. He then went on to express some of the Holy See’s concerns to the organization.

Archbishop Jurkovič pointed out that the Holy See “recognizes the role of the protection system of intellectual property in promoting the literary, scientific or artistic production” for the sake of the “common good.” This “emphasizes the ethical and social dimensions” that uniquely involve the human person.

He also notes that the current coronavirus crisis has highlighted the need for communicating the complexities of intellectual property and placing it in the “context of innovation and creativity frameworks.” The Archbishop then went on to express his confidence that the new WIPO Covid-19 search facility will represent “a critical tool in disseminating information of technologies that others may build upon for the global fight against Covid-19.”

The challenge of digital transformation and Artificial Intelligence

In the coming years, noted the Archbishop’s statement, organizations and their services will have to adapt to the new challenges presented by digital transformation and Artificial Intelligence.

This is because “Artificial Intelligence is not neutral. It is the result of many disciplines involved, each entailing a specific area of responsibility.”

Archbishop Jurkovič reiterated Pope Francis’s speech during the Plenary Assembly of the Pontifical Academy for Life in February this year. On that occasion, Pope Francis said: “There is a political dimension to the production and use of artificial intelligence, which has to do with more than the expanding of its individual and purely functional benefits.” For this reason, “there is a need to create intermediate social bodies that can incorporate and express the ethical sensibilities of users and educators.”

The Archbishop stressed that the Holy See regards questions of ethics, human rights and creative sector markets as central considerations. They will help in re-examining existing policies and ensure that emerging technologies are developed ethically for the good of humanity and the environment.

The statement pointed out the concern of “reaching an agreement on a text of an international legal instrument.” This will ensure the “effective protection of genetic resources, traditional knowledge, traditional cultural expressions and folklore. The document explained that the crucial role played by indigenous communities in relationship with their ancestral lands calls for a different model of development that takes them into account. Thus, the legal document must “not only favor the preferential option on behalf of the poor, the marginalized, and the excluded, but also consider their leading role.”

Another concern is “moving forward in the negotiations on the Treaty on the Protection of Broadcast Organizations.”This concern highlights the significant value of broadcast and the service provided by broadcasters and calls the WIPO member states to work to update “the existing international framework with due regard to technological developments.”

The document also points out that “the copyright system must continue to play its essential role in incentivizing and rewarding creativity and innovation.” To achieve this, WIPO member states should prioritize promoting the quality and accessibility of education worldwide. Education will help people discover their talents and put them to use at the service of mankind. It will also “form minds to a broader vision capable of embracing distant realities” extending not just through space, but also through time.

Concluding, the Archbishop reiterated the Holy See’s willingness to collaborate with the newly-elected Director-General and the Secretariat.

Share on FacebookShare on TwitterShare on PinterestShare on EmailShare on LinkedIn
Coffee, Slack and makeshift podcast studios: How America keeps you informed during Covid-19‘Dial-a-Mass’ service is a godsend for Catholics without internet