Archbishop Gallagher: Rid the world of the threat of nuclear war 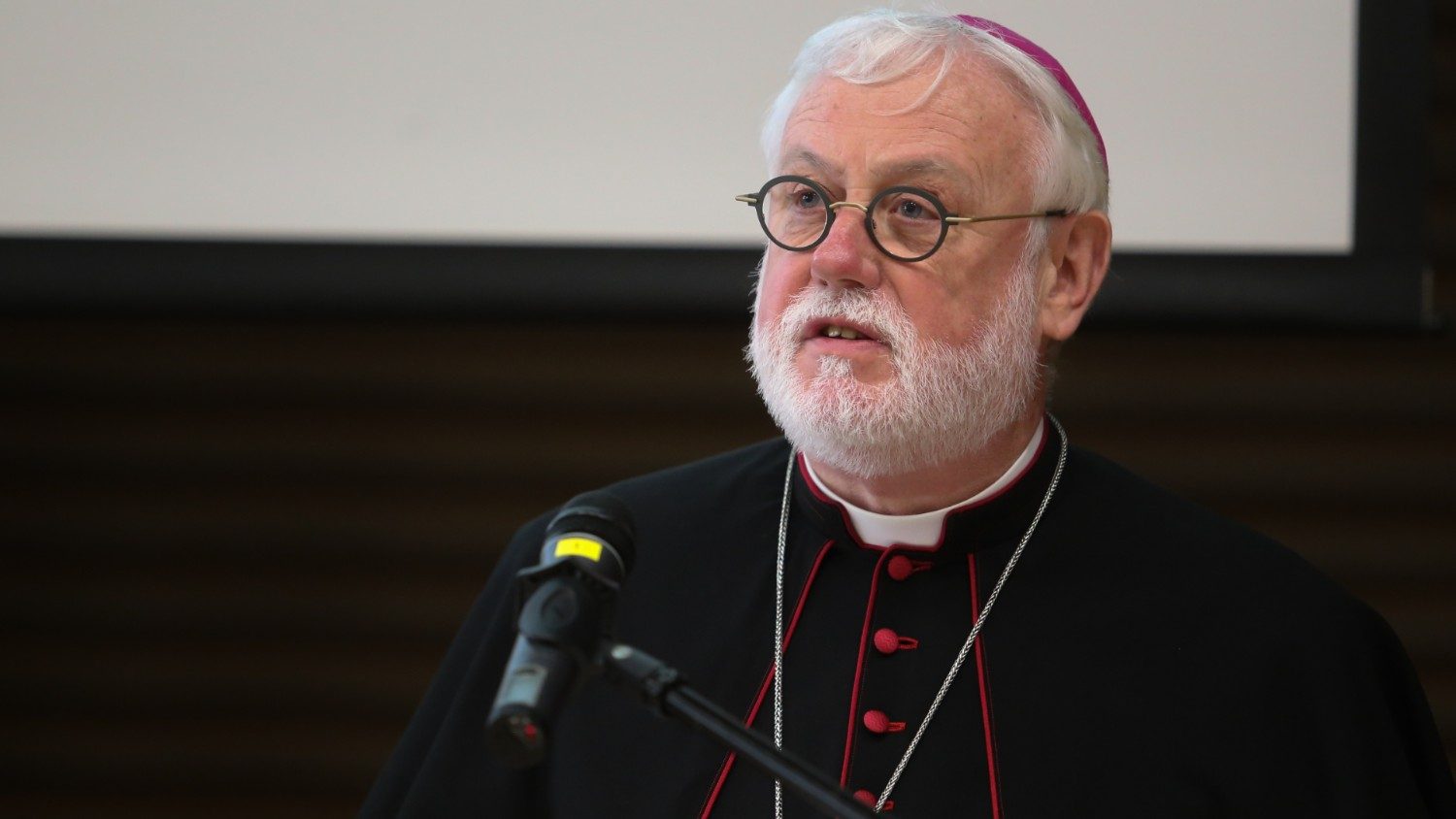 Commemorating and promoting the International Day for the Total Elimination of Nuclear Weapons, Archbishop Gallagher noted that this global observance “is an occasion to impress on the world, and particularly on the leaders of nuclear-weapon States, humanity’s insistent demand for the elimination of nuclear weapons and this forum’s many pledges to rid the world of the threat of nuclear war.”

Four years ago, 122 Member States voted to adopt the Treaty on the Prohibition of Nuclear Weapons. This past January that treaty entered into force.

Archbishop Gallagher noted that in this regard, “the Holy See is grateful to those States that have signed and ratified the Treaty, and it encourages reluctant States to join this important agreement.”

Archbishop Gallagher then went on to address two factors that he believes “contribute to the perpetuation of the nuclear status quo”.

The first is the policy of deterrence, began Archbishop Gallagher. He explained that this “drives the arms race and generates a de-humanizing technological environment that sustains and aggravates mistrust among nations.”

Archbishop Gallagher went on to address the second factor, which he described as “the exorbitant spending by a few States in the production and deployment of nuclear arsenals.”

This, he continued, is a source of growing inequality both within and across nations. “States must reduce military expenditures in the interest of meeting humanitarian needs and the demands of our common home,” stressed the Archbishop.

He also urged, in particular, “those States benefitting from the nuclear umbrella” to help recalibrate global priorities by supporting nuclear disarmament efforts under the Non-Proliferation Treaty Article VI.

Bringing his video message to a close, Archbishop Gallagher noted that the first words of the UN Charter make a strong commitment to “save succeeding generations from the scourge of war which … has brought untold sorrow to mankind.”

This, he concluded is is at the heart of the mission of this Organization and is the long-unfulfilled desire of the human family. It is time for us to act.”

Share on FacebookShare on TwitterShare on PinterestShare on EmailShare on LinkedIn
Catholic student in Rome wins top Arabic-reading prizePope Francis: ‘It is Christ, with his grace, who makes us just’