Home Test page Angola: Listening to and participating in the enthusiasm of communities

Angola: Listening to and participating in the enthusiasm of communities 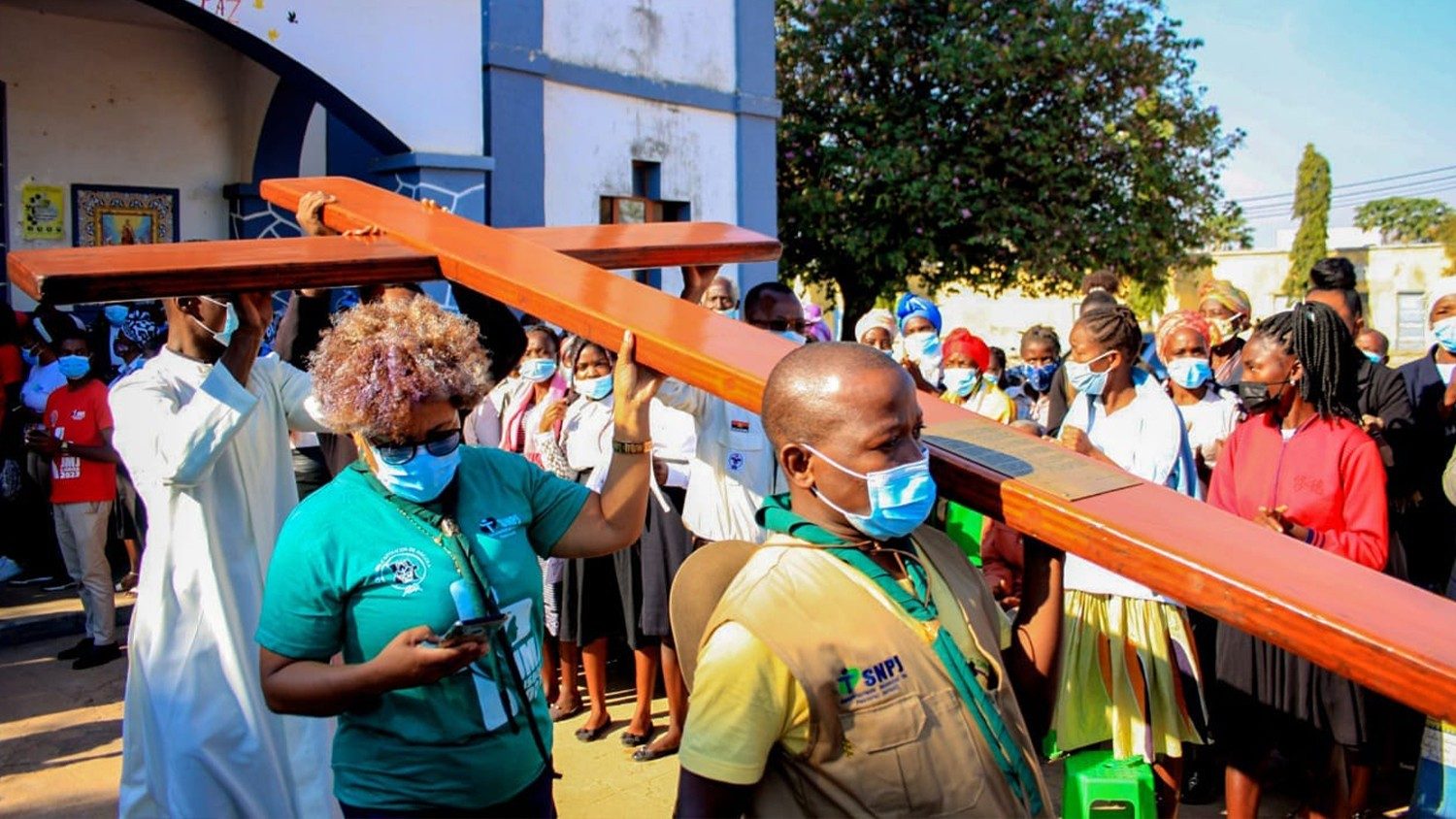 The Ordinary Assembly of the Synod of Bishops scheduled for October 2023 in Rome is already mobilizing various dioceses around the world with the spirit that animates it. One of these is the diocese of Viana in Angola. It is here that Dehonian missionary, Fr. Domingos Pestana, lives and works. Fr. Pestana, who is the priest at Sacred Heart parish, has been in the African country for more than 17 years and is currently the diocesan coordinator and animator of the meetings and initiatives that are underway.

Fr. Pestana explains: “As soon as we received the first guidelines from the Secretary-General of the Synod, we immediately set in motion a whole series of meetings with missionaries and all the priests to talk about this new challenge that the Pope proposes to the entire Church. It was from there that the diocese’s coordinating team and the general secretariat for the synodal journey were formed. These two bodies have the mission of visiting all the communities and speaking with the leaders of the movements and associations to encourage, inform and form them in this journey that the Church will begin to live from October 2021 to October 2023.”

“We all feel in tune with Pope Francis,” says Father Pestana, “in this great project of listening to the entire Church and to the laity in particular.

Listening to people and their problems

The missionary describes the enthusiasm of the people for this opportunity to be heard and for the possibility of sharing this proposal that comes from the Church in this time. In his diocese, he says, there is a desire “to reach out to the greatest number of people and the faithful, so that they feel that they are an active and integral part of this portion of God’s people.”

Regarding the issues on which the communities’ interests converge most, Father Domingos Pestana points to the formation of families and young people in the face of the problems that the Church is facing today so that they “grow even more in responsibility.” In particular, in the Diocese of Viana, a  Church that lives on the outskirts of the capital Luanda, with a large number of inhabitants, we strongly feel “the social problems, the problems related to lack of work, diseases, in addition to Coronavirus, as well as malaria, and others that are taking many lives. Then there are the newly poor victims of the pandemic, families that have completely disintegrated and live only on assistance that comes from Caritas”.

Each parish is creating its synodal animation unit, says Father Pestana, and after this work, the diocesan coordinator with the parish coordinators will work together to find common points. Other dioceses in Angola, he points out, have also already begun to prepare.

New paths of communion and participation

For Father Pestana, the theme of the next Synod of Bishops, “For a Synodal Church: communion, participation and mission,” represents a great challenge, namely “the experience of communion.” It, he affirms, will be effective when everyone feels they are participating, because the mission of the Church is universal.

“This novelty of listening to the laity, of listening to all the peoples of the various continents, will be a great wealth for the whole Church and also for the particular Churches – he reiterates -, because we will perhaps discover new paths of communion and participation.”

In the Diocese of Viana, for example, there is a great wealth of lay faithful but, due to a lack of formation and orientation, there is sometimes little participation. “Now the Synod is going to tell us that we are all important in building a Church that is increasingly missionary and participatory. And I think that the upcoming Synod will transform especially our catechists, those in charge of movements and Christian communities.” It is important, Father Pestana concludes, “to learn to listen to those who are a great living force within our parishes.”