Against all odds, Pope Francis brings message of peace to Iraq 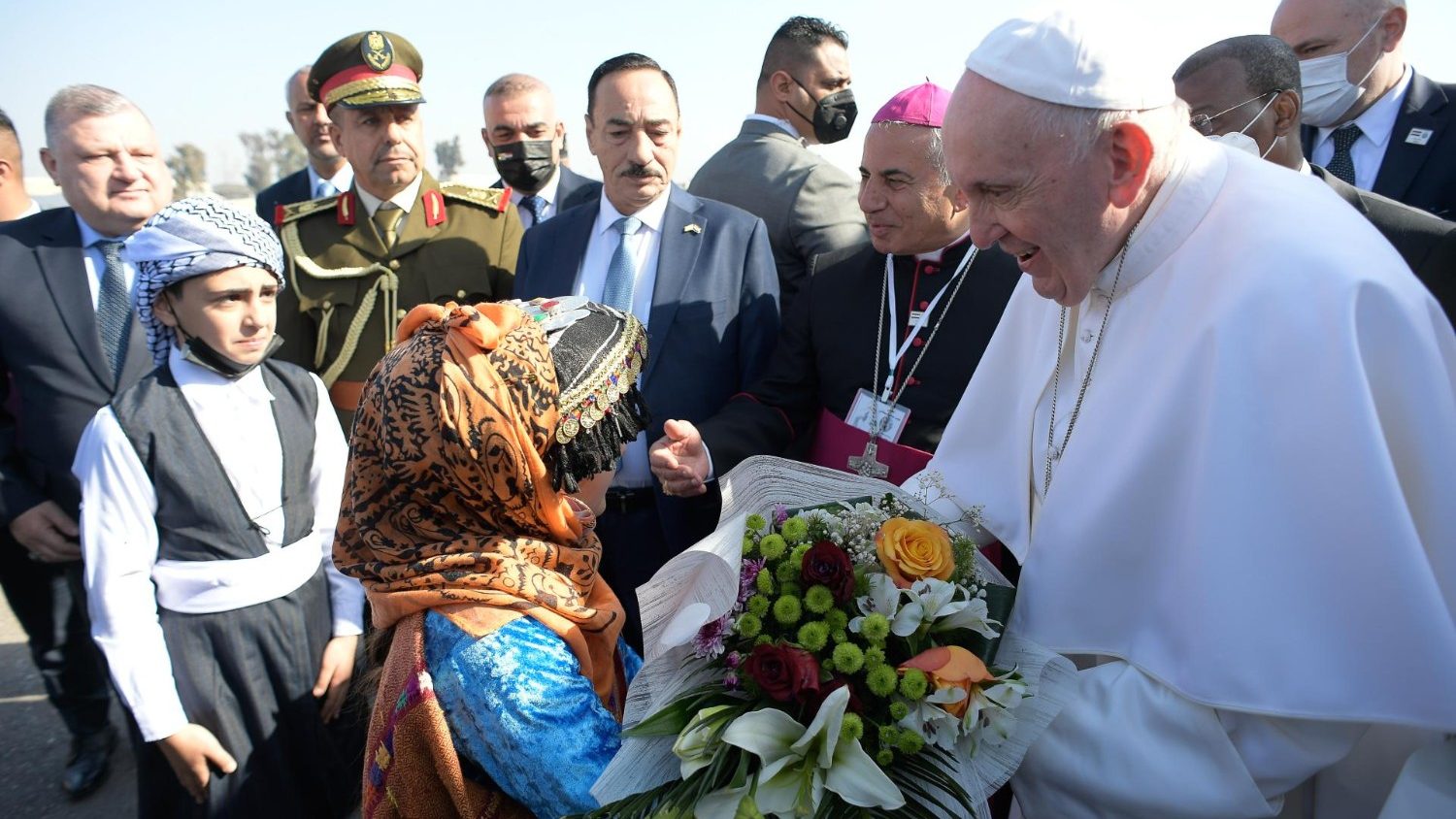 The visit to Ur of the Chaldeans had a symbolic value for the entire Middle East and the world. Today’s stops in Mosul and Qaraqosh, on the last full day of this historic trip to Iraq, have the value of a testimony.

In the most Christian area of the country, thousands of families had to abandon their homes and everything they owned in the face of the fury of fanaticism. The large church of the Immaculate Conception that welcomed Pope Francis had been transformed into a training base by ISIS.

There was a half-destroyed statue of St Joseph to welcome the Successor of Peter, who has come to confirm these communities in their faith, but also to be confirmed, in turn, by their witness and the shedding of blood.

Even in the midst of the devastation of terrorism and war, we can see, with the eyes of faith, the triumph of life over death, said Francis. The Pope invited to “restore not only the buildings, but first of all the bonds that unite communities and families, young and old”.

War, terrorism and hatred have left deep wounds in our hearts, not just rubble. The Pope recalled that forgiveness is necessary to remain in love, to remain Christians.

But the Bishop of Rome, a Church born from the blood of martyrs, could not disappoint his children. And he faced every risk to bring them his caress, with the most important trip of his pontificate.