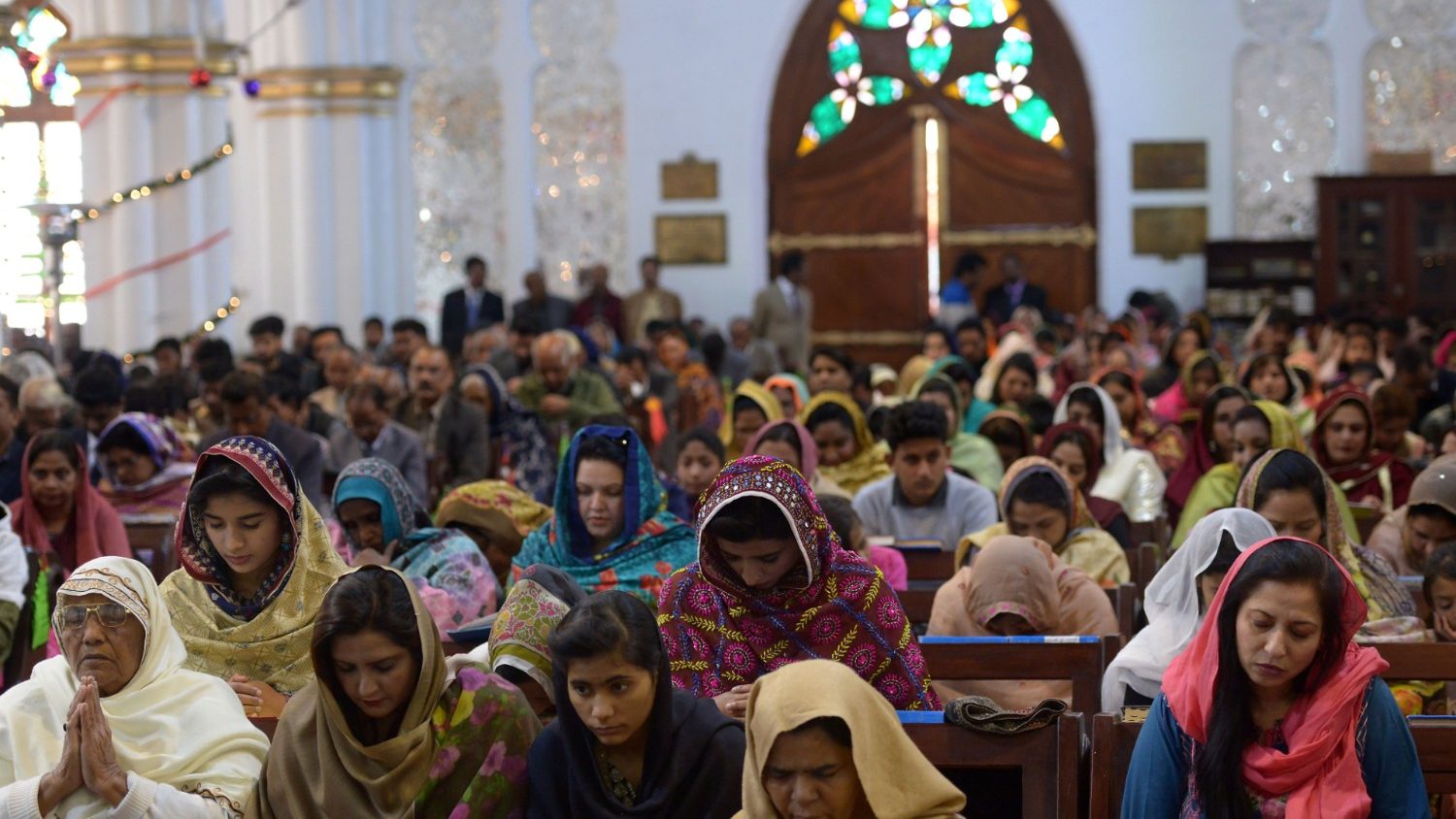 A Pakistani Catholic teenage girl allegedly abducted and forcibly converted and married to a 44-year-old Muslim man has been rescued, officials said.

The parents of 13-year old Arzoo Raja say she was kidnapped on October 13 while playing outside her home in Karachi.  On October 27, the Sindh High Court upheld the child marriage, based on a fake affidavit produced by her purported husband, Ali Azar, claiming the girl was 18 and had converted of her own free will. The court refrained police from arresting the prime suspect.

Catholic leaders and human rights and civil society groups demanded that the court reconsider its ruling, arguing that the girl had given her statement under duress after being forced to enter a child marriage. Protesters also took to the streets in Karachi, Lahore, Hyderabad, Faisalabad and other cities.

Around 400 Christians, Hindus, Sikhs, civil society representatives and other people, gathered at St. Patrick’s Cathedral in Karachi on Oct. 28 on the call of Cardinal Joseph Coutts of Karachi to demand a fair trial and justice from the Sindh authorities, the police and the judiciary.  The participants also protested against French Emmanuel Macron’s comments over Prophet Muhammad caricatures.

However, in a video, allegedly circulated by Azar’s family, Arzoo declares she married on her own and renounced her Christian faith.

On Monday, the Sindh High Court, on the application filed by the provincial government of Sindh, reversed its earlier ruling and ordered the police to find Arzoo within 5 days and move her to a shelter home.

The girl was rescued later that day. Her family broke the news of her rescue in a video message before leaving to meet Arzoo at a police station in the evening.  “Thank God my daughter is recovered. I thank you all. The whole world is chanting for my daughter. This has strengthened our faith,” said Rita Masih, Arzoo’s mother, with her hands placed together in prayer.

Sindh government spokesperson Murtaza Wahab also announced the rescue with a tweet saying, “Happy to inform everyone that Arzoo has been recovered just now.”  Acting Karachi police chief Additional IG Arif Hanif also confirmed the news to Dawn.com, saying the girl would be sent to a shelter home until a court hearing on Thursday.

Azhar was arrested along with his two brothers (both police constables) and a friend for aiding a forced marriage.

The judge also directed police to determine Arzoo’s age, the legality of her marriage status, and investigate claims that she had converted to Islam according to her own free will.

Jibran Nasir, the lawyer fighting the case for Arzoo’s parents, criticized the legal fraternity for supporting Arzoo’s kidnappers. “A group of lawyers wrongfully verify the age of child brides and betray the trust of the bench,” he said, citing the Sindh Child Marriage Restraint Act 2014 that punishes contractors of child marriage with up to three years’ imprisonment.

Father Saleh Diego, vicar general of the Archdiocese of Karachi, condemned the Sindh High Court for ruling without verifying facts.  “Whatever happened in the court was shameful and deplorable,” he said.  “The court, without checking or determining Arzoo’s age, ruled in favour of the abductors.”

Father Diego also expressed concern over a “disturbing trend” in Pakistan of Catholic girls being forcibly converted to Islam.

The Pakistan Catholic Bishops’ Conference (PCBC) also condemned the October 27 court ruling.   “Arzoo’s family provided a birth certificate stating that the girl is 13 years old and that her marriage to Azhar violates the Sindh Child Marriage Restraint Act,” the bishops’ National Commission for Justice and Peace (NCJP) said in a joint statement.

“Unfortunately, Pakistani society has become increasingly intolerant, and life as a religious minority is becoming extremely difficult. Arzoo’s case has been reported, while there are many of these incidents that go unreported,” said the NCJP statement signed by Archbishop Joseph Arshad Bishop of Islamabad-Rawalpindi and Father Emmanuel Yousaf (Mani), NCJP president and national director respectively.

According to Archbishop Arshad, who is also PCBC president, “forced conversions are too easily and too often covered up by supposedly voluntary conversions, which puts underage girls at particular risk”.  “It is the responsibility of the State to enact laws to protect its citizens, especially minors. The government must work to safeguard the rights of religious minorities in Pakistan as enshrined in our constitution”, he said.

Pakistan’s state religion is Islam, and around 97 percent of the population is Muslim.