Home Test page A thoughtful, theological analysis of the current racial conflict in our culture

A thoughtful, theological analysis of the current racial conflict in our culture

“Signs of hope,” promoting respectful and thoughtful engagement on race, is how Carl R. Trueman, professor of biblical and religious studies at Grove City College, describes the recent collection of essays, Race and Covenant (Acton Institute, 2020). This book is edited by theologian Gerald McDermott, recently retired from the Anglican Chair of Divinity of Beeson Divinity School. The subtitle of this book is: “Recovering the Religious Roots for American Reconciliation.” 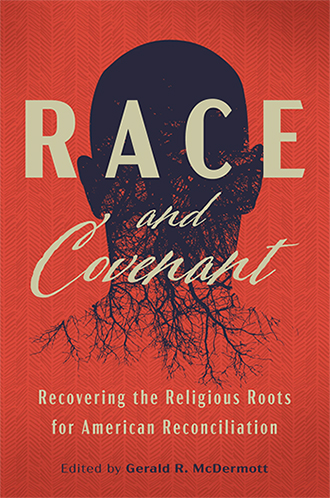 What are the religious roots that the authors of these 15 essays draw on in addressing various aspects of the race conflict faced by our nation? Essential to their way of addressing this history is the doctrine of the national covenant in Scripture, history, and contemporary American society. Part I addresses the biblical roots of this doctrine. Part II considers the national covenant idea in addressing race and covenant in contemporary society, the proper connection between race and economic, the demise of covenantal marriage in the black community, and abortion as the greatest violence against blacks today.

The essays in Part III consider the theology undergirding the covenant community of the Church. Galatians 3: 28 is the guiding light: “There is neither Jew nor Greek, there is neither slave nor free, there is no male and female, for you are all one in Christ Jesus.” One can add: “neither black nor white.” Thus, some essays “call on blacks and their churches to return to Christian identity first and black identity second.” Similarly, others “suggest that the Hispanic community, when gathered out of several races as a community of faith in Jesus Christ, can have a bridging vocation to help heal racial brokenness.”

The authors of these essays neither ignore the racism in our history nor succumb to the widespread unjustified charge that our culture is “systemically racist.” In particular, the latter claim ignores Thomas Jefferson, who stated a strong condemnation of slavery, for example, in his 1774 work, “A Summary View of the Rights of British Americans”: “The abolition of domestic slavery is the great object of desire in those colonies, where it was unhappily introduced in their infant state.” Jefferson was the architect of the first principle of the 1776 Declaration of Independence, “We hold these truths to be self-evident, that all men are created equal and endowed by their Creator with certain inalienable rights.”

This “equality principle” is foundational to Jefferson’s condemnation of slavery, and this now explicitly formulated principle unleashed a dynamic urging its further application through the democratic consent of the governed, for example, ending the slave trade in 1808, making slavery illegal in the Northern states by 1804. Thus, immediately following the founding of the US, slavery was dealt a deadly blow although not yet totally eliminated from American society.

Abraham Lincoln helped further the application of the “equality principle,” fulfilling the “abstract truth, applicable to all men and all times” asserted by Jefferson, the architect of the Declaration, or the “promissory note,” as Martin Luther King put it. Lincoln fulfilled this note, in principle, with the 1863 Emancipation Proclamation. In 1865, the Thirteenth Amendment abolished slavery in the United States. But the “equality principle” was not, in fact, fully implemented until the 1964 Civil Rights Act, which outlawed statutory segregation.

The idea of the national covenant consists of two basic ideas. One, the idea “that God deals with whole nations as nations,” and two, “he enters into more intimate relationships with societies that claim him as Lord.” Essential to this is God’s providential ruling such that blessings and punishments are part of God’s moral Lordship. McDermott explains: “God blesses and punishes whole nations according to the ways they have responded to the ‘works of the law . . . written on their hearts’ (Rom 2:15 ESV). Nations that uphold the general principles of justice revealed in that ‘work of the law’—often called ‘natural law’—are blessed over the long run and those that flout those principles are eventually punished. These principles roughly correspond to what the Bible calls the Ten Commandments (Ex. 20; Dt. 5). Furthermore, we find the idea of national covenant in, for example, Augustine, Jonathan Edwards, Frederick Douglass, Abraham Lincoln, and Wolfhart Pannenberg.

The national covenant renders accountable to the will of God the policies and concrete actions of a nation, as Pannenberg puts it, an understanding of God “as expressed in the Bible and placed under the judgment of God.” According to Frederick Douglass, “You and I know that the mission of this [civil] war is National regeneration.” Yes, this idea was often put in the service of a nationalist idolatry, or what Pannenberg calls “the demons of nationalism.” On this view, as Richard John Neuhaus stated, “The idea that America was a chosen people that could do no wrong was indeed a peril to ourselves and others.”

We had to avoid this nationalistic perversion, for example, on race, and we did. On the other hand, also avoided should be “the complete disengagement of political life from religious interpretation.” Again, Neuhaus correctly states, “To assert that America has been given less than it has been given is not modesty but self-deceit. It is yet another instance of the desire to escape from judgment.”

The authors avoid four dangers. First, historical perfectionism; second, historical presentism; third, reverse racism; and, fourth, pride. The first danger is prevalent nowadays, assuming that no repentance and concrete actions to amend our ways for our past wrongs has taken place. The flip side of historical perfectionism is the idea and practice of “cancel culture.” Proponents of historical perfectionism and thus “cancel culture” ignore the dynamic realization, however imperfectly, of the “equality principle,” and thus that repentance has taken place in “the civil rights movement of the 1960s,” spearheaded by Martin Luther King, the “Civil Rights Act” that made statutory segregation illegal, and affirmative action in many areas of life. The culture at large has made institutional, cultural, political, and spiritual changes from recognizing that racism—judging other human beings by the color of their skin—is deeply wrong, indeed, is a sin.

Second, a corollary of historical perfectionism is historical presentism: the danger that judges past actions by present standards without attending to historical context and the consequent limitations imposed on a person’s responsibility for the choices he has made. The danger here arises from the failure to distinguish between judging past actions in light of objective standards of moral conduct from whether to hold the persons responsible or guilty for engaging in those actions. As John Paul II correctly notes, “It is possible that the evil done as the result of invincible ignorance or a non-culpable error of judgment may not be imputable to the agent; but even in this case it does not cease to be an evil, a disorder in relation to the truth about the good” (Veritatis Splendor 63). Overlooking this distinction has led some to fall into cultural relativism—moral standards vary from culture to culture and hence there are no truths independent of the standards of a time—by denying that there are objectively valid truths about human beings – such as that all men are created equal.

McDermott describes the third danger as “reverse racism,” and the latter “asserts that because a certain person is a certain color, he or she must think in a certain way.” On this view, racism is a social determinism, as Shelby Steele critically judges, of “structural or systematic racism.” Shelby explains:

Determinism was the idea that moved racism from the level of discriminatory events to the level of “impersonal” and “structural” forces that worked by the “invisible hand” to stifle black aspiration when real racists were nowhere to be seen. When racism is defined as a determinism, then whites and American institutions are part of a cultural pattern (“white privilege”) that automatically oppresses blacks; and blacks are automatically victims of this same pattern.

Thus, white people are socially determined to be racist, irrespective of whether they make choices that can be considered racist. A social determinism regarding race has been raised to the level of “impersonal” and “structural” forces, indeed, to a man’s race–being white–in which he had no hand in bringing about. Thus, institutional racism, or systemic racism, is, Steele explains, a “part of a cultural pattern . . . that automatically oppresses blacks; and blacks are automatically victims of this same pattern.”

If I am a racist by virtue of my whiteness, then this leads to a logical but absurd consequence, for the only way to eliminate my racism is to eliminate my whiteness. And this is precisely what some—for example, Coke-Cola, the National Museum for African American History and Culture, author Robin DiAngelo—have proposed to do with programs to “undo whiteness.”

Furthermore, if a black man is a victim by virtue of his blackness, then he cannot be held responsible for anything he does. This encourages black dependence on the welfare state rather than the strengthening of the traditional family by taking responsibility for one’s own life by completing school, getting a job, getting married, and then having children. The cultural pattern describes by Shelby Steele contradicts MLK’s adage about judging a man by the content of his character and not the color of his skin.

Last, the danger of pride that leads people to think they “have nothing to learn about race,” or “nothing to learn from people who are of a different race.” But the depth of difference between the races that keeps people trapped in their respective perspective is spiritual and religious. McDermott ends his introduction to the book with a quote from the great Russian novelist Alexander Solzhenitsyn, “the line separating good and evil passes not through states, nor between classes, nor between political parties either—but right through every human heart—and through all human hearts.”

Back to the idea and practice of the national covenant: “Our racial divisions suggest that we have experienced covenantal judgment and exile. But we can also experience covenantal forgiveness and healing.”

Race and Covenant’s thoughtful analysis of the current racial conflict in our culture is helpful for working toward the experience of forgiveness and healing in light of the national covenant with God.