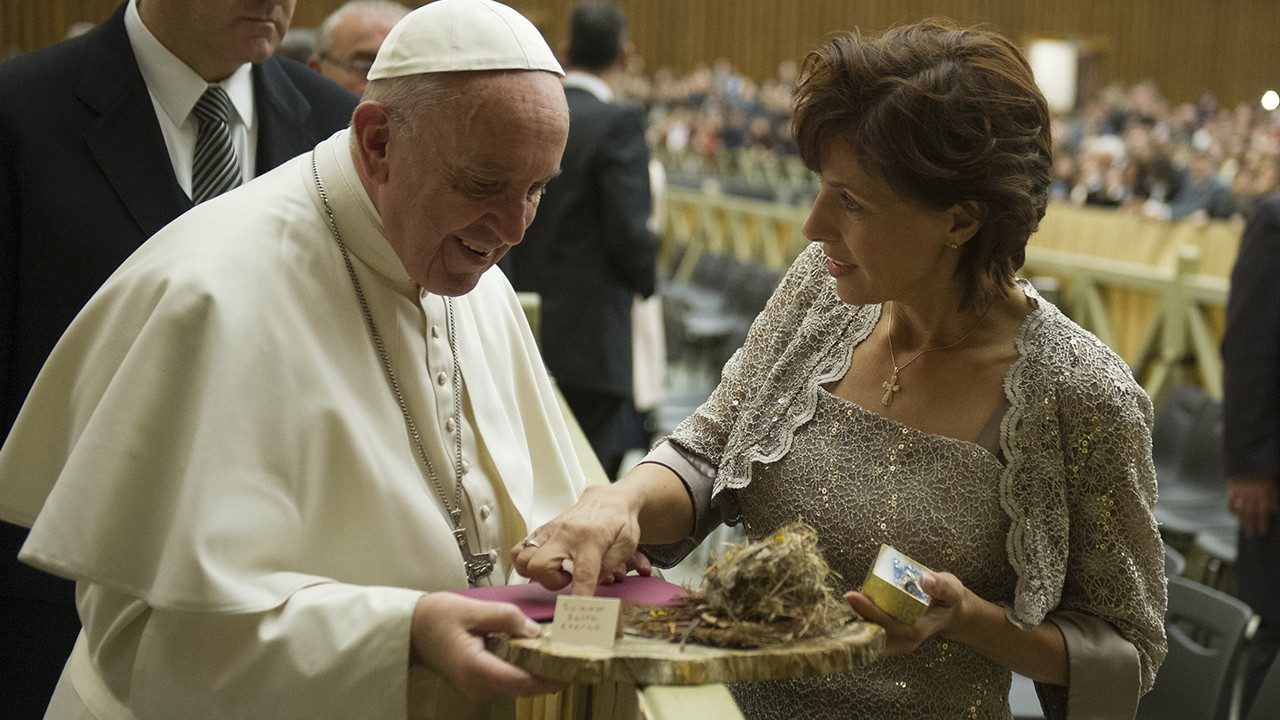 A bird’s nest can carry a powerful message: “All children deserve a safe and nurturing environment in which to grow.”

That simple, yet important, aim lies at the heart of a global Symposium entitled “Faith and Flourishing: Strategies for Preventing and Healing Child Sexual Abuse.”

The 3-day, online event kicks off Thursday, and is chaired by Jennifer Wortham, Dr.PH with Harvard University. Beginning on 8 April, it marks what she hopes will someday become the World Day for Child Sexual Abuse Prevention, Healing, and Justice, a proposal which she is launching at the United Nations in September.

Dr. Wortham—whose own family was deeply wounded by the pain of clerical sexual abuse—spoke to Vatican News about the Symposium’s goals, and about how God turned her own family’s suffering into a path of healing for others.

Faith and healing from abuse

“The conference is addressing child sexual abuse in all faith communities, and in the broader community at large,” she said. “We do have several segments that are dedicated to presentations in a faith-setting.”

Cardinal Seán O’Malley, President of the Pontifical Commission for the Protection of Minors—the Vatican office sponsoring the Symposium—provides an opening blessing. Cardinal Blase Cupich, Archbishop of Chicago, is speaking about how faith and faith leaders can help heal child sexual abuse.

“It’s a conference that is focused overall on the issue of child sexual abuse and the engagement of the faith community, and helping to prevent and heal victims who have been impacted by child sexual abuse,” said Dr. Wortham. “Whether it be at home, in a school, or through a scouting organization or a day camp, we’re looking at ways that faith leaders can be better engaged in the process of healing and prevention.”

The Symposium, as Dr. Wortham points out, is not just focused on abuse in the Catholic Church, though various Catholic organizations are sponsoring it, including The Catholic Project with Catholic University of America and the Center for Child Protection at the Pontifical Gregorian University in Rome.

Child sexual abuse is a global phenomenon, and a host of faith-based groups have expressed their support, said Dr. Wortham. The Interfaith Alliance, Arigatou International, the New York Board of Rabbis, Islamic Relief USA, the World Council of Churches, and several abuse survivor networks have all partnered up, just to name a few.

Over 70 speakers from around the globe are addressing over 1,300 registered participants.

Rev. Dr. Denis Mukwege, a 2018 Nobel Peace Prize laureate, is offering the keynote address, sharing his wisdom and work to end the use of sexual violence as a weapon of war.

Dr. Wortham called it “an esteemed group” of “very dedicated people who are working to improve the lives, and health and welfare, of victims of child sexual abuse.”

Dr. Wortham, the executive director of the Initiative on Health, Religion, and Spirituality at Harvard University, is no disinterested scholar when it comes to child sexual abuse.

Two of her own brothers were abused by their parish priest for a period of 3 or 4 years when they were around 10-years-old.

“It was a very traumatic experience for my family,” she recalls, “because we were devoutly Catholic.”

Her grandfather had helped build the parish church and was its treasurer. Her grandmother sewed altar cloths for the same priest and cooked him dinner. “So, the priest was very close, I would say, an extended member of our family,” said Dr. Wortham.

When her brothers revealed the abuse in the 1990s, it shook the family to the core. “We struggled, and my brothers struggled for many, many years with the effects of the abuse. And, unfortunately, when we reported it to the Church the experience was very unpleasant.”

Dr. Wortham, as well as her mother, left the Church, and she went in search of healing in various faith communities. She even spent 2 years, part-time, in an ashram, a Buddhist monastery.

Yet, in 2015, Dr. Wortham felt drawn to visit a church, in part to feel close to her grandmother who had passed away.

“I went to a Catholic church close to my home,” she recalled. “And while I was there I had a really strong inspiration to forgive the people that were involved in my situation, and to let go of that trauma.”

That experience, she said, left her with a sense of peace and a desire to turn her pain into service.

What about the bird’s nest?

So, where does the bird’s nest she presented to Pope Francis fit in?

A few months after returning to the Church, Dr. Wortham was doing some spring cleaning around the house when she discovered two bird nests and felt a strong desire to hand one to the Pope.

She then wrote a letter to him and received a reply within 36 hours, inviting her to meet him during a Wednesday General Audience.

She attended the weekly event on 28 December 2016, and fulfilled her dream when she handed Pope Francis the nest she had attached to a pedestal of petrified wood (see top picture).

“On a personal level, I felt I really wanted to look in his eyes and see the commitment I had been hearing about his desire to fix this problem in the Church,” Dr. Wortham said. “When I met with him, I did see that he was deeply committed to solving this problem.”

After that encounter, Dr. Wortham felt called to share with survivors of sexual abuse and their families her experience that “the Church really does care and is working hard to address this issue.”

She also met with Cardinal O’Malley, whom she said supported her desire to establish a World Day for Child Sexual Abuse Prevention, Healing, and Justice.

“The feeling I got was that it was not really just up to the Catholic Church to establish this day. If it was going to be a day for all survivors of abuse then we needed to work together with other nations and other faith leaders to establish it.”

Besides bringing together people from across the globe to address the topic of child sexual abuse, this week’s Symposium which Dr. Wortham is chairing also serves as a marquee event for the launch of what could become a World Day.

And 8 April, said Dr. Wortham, also happens to be her brother Patrick’s birthday.